Mal and Harry are no more. Dove Cameron and Thomas Doherty have split after nearly four years together.

“Hi all. In October, @thomasadoherty and I decided to part ways,” the Liv and Maddie alum, 24, announced via Twitter on Friday, December 11. “The decision was incredibly difficult, but we still have love for each other, and will remain friends. Thank you for allowing us our privacy in this time.”

hi all. In October, @thomasadoherty and I decided to part ways. The decision was incredibly difficult, but we still have love for each other, and will remain friends. Thank you for allowing us our privacy in this time.

Cameron added on her Instagram Story: “We know there have been some rumors and confusion lately about the status of our relationship and we wanted to set the record straight.”

The “We Belong” songstress and Doherty, 25, began dating in December 2016 after starring in the Disney Channel movie Descendants 2. Cameron and the Scottish actor portrayed Mal and Harry, respectively, in the 2017 film and its 2019 followup, Descendants 3. 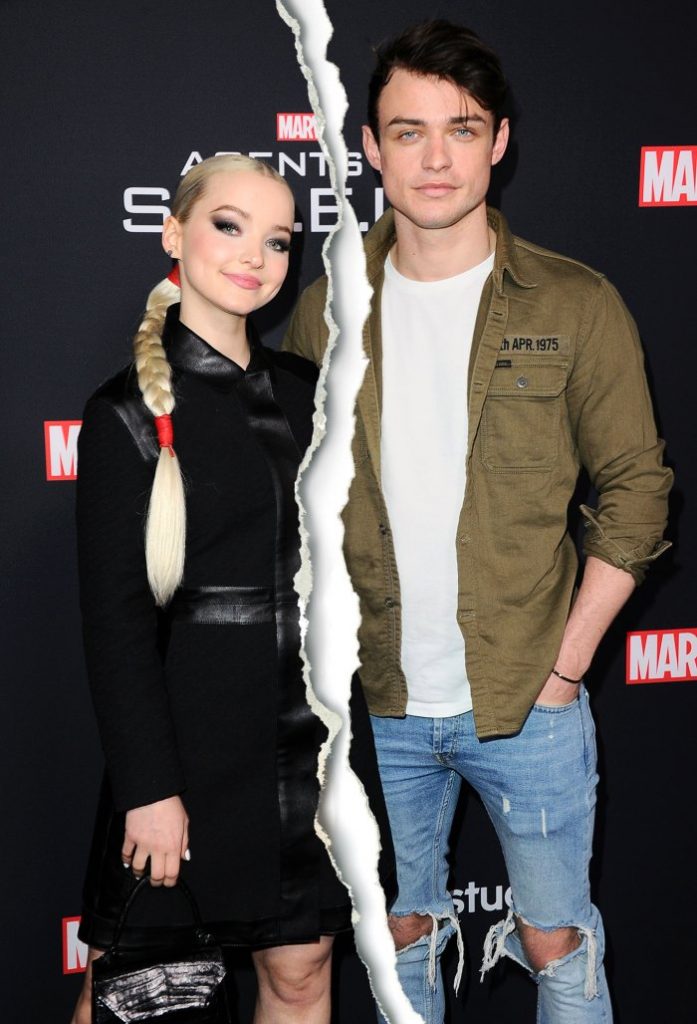 Earlier this year, the Legacies alum opened up exclusively to Us Weekly about his Valentine’s Day plans with the actress, noting that the pair arranged to celebrate in New York City. “We’re gonna get KFC, donuts [and] loads of cookies, we’re gonna go see Book of Mormon, and then I can’t disclose what happens in the evening, I’m afraid,” he revealed at the time.

Doherty divulged that the duo did not give each other gifts for the holiday, explaining: “We more, like, just have a beautiful day together.”

Cameron got real in July about struggling with her desire for alone time while in a relationship. “I think I’ve always had this internal battle between being a really independent person. I am not, by nature, somebody’s girlfriend, by any means, but I’m an incredibly intense romantic,” she told Paper magazine. “And I think those two things together are always kind of fighting with me.”

The Agents of S.H.I.E.L.D. alum shared that the two sides of herself have been intensified by her life in the spotlight. “It can be kind of hot and cold, especially in this industry where you’re constantly traveling, and you’re like, ‘I’m not going to feel like I am not who I am when this person isn’t around,’” she said. “I know who I am, and I’m not going to feel compromised by just not being in their presence. I’m not going to give myself like that, and then also believing that love is like the most important thing in the world.”