Stars Who Have Tested Positive for COVID-19 Read article

ESPN’s Jeff Passan reported that the lab that conducted tests informed the MLB during the second inning of Game 6 that Turner’s results from Monday, October 27, came back inconclusive. The lab later ran his Tuesday test, which showed up positive. The league called the Dodgers and said to pull the third baseman, 35, during the eighth inning. However, after the L.A. team won the championship series against the Tampa Bay Rays with a score of 3-1, Turner reunited with his teammates on the field and took photos, at times removing his protective face mask. 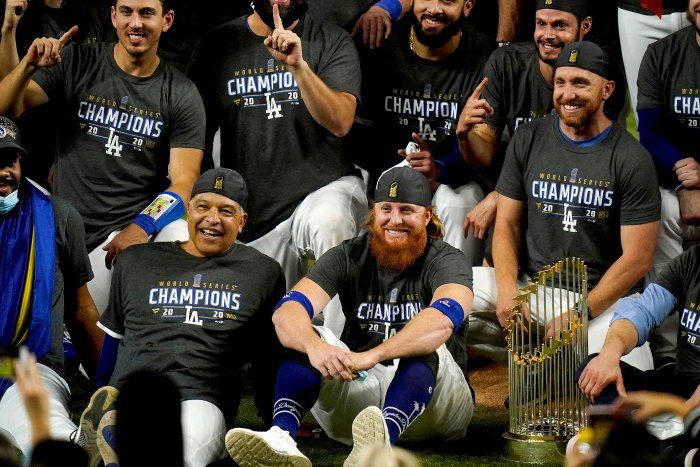 “Please stop exposing other people to a deadly virus! You may feel fine but they might not be so lucky,” one Twitter user wrote to the athlete. Another tweeted, “You were out there with the team and families and even took your mask off. Please explain. I hope you and everyone you exposed are fine, but you may have just ruined this lifelong Dodger fan’s World Series fun. Seriously, please explain yourself.”

After his team clinched their first World Series title since 1988, Dodgers manager Dave Roberts spoke to Fox Sports about the backlash.

“All I know is that I had to take him out of the game [after] the seventh inning, which was crazy,” Roberts, 48, said. “He tested positive, and I don’t know if it was false-positive. I have no idea. He’s behind me right now … and he was in the team picture. I didn’t touch him just ‘cause I didn’t know.” 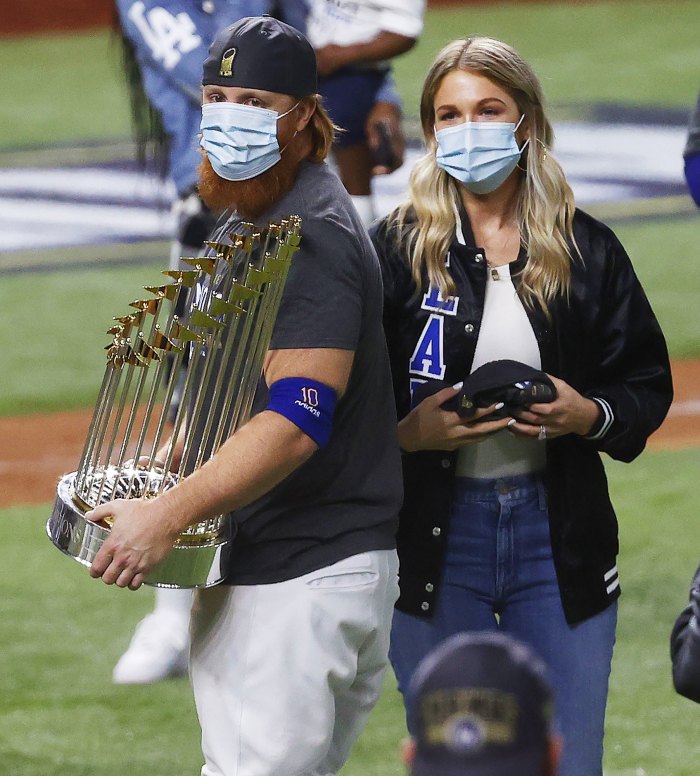 Turner himself spoke out later on Tuesday, tweeting, “Thanks to everyone reaching out! I feel great, no symptoms at all. Just experienced every emotion you can possibly imagine. Can’t believe I couldn’t be out there to celebrate with my guys! So proud of this team & unbelievably happy for the City of LA #WorldSeriesChamps.”

ESPN reported that the Dodgers were given rapid PCR tests upon return to their hotel after the game. It is unclear whether they will be allowed to travel home from Texas, where they played on Tuesday.

Turner was the first MLB player known to test positive since the shortened 2020 season began in July.