Did Kevin Confirm Who He’s Engaged to in First ‘This Is Us’ Trailer?

Rewriting history? Maybe so, but one thing is definitely the same: Fans will need tissues before tuning into season 5 of This Is Us.

In the first trailer for the new season, released on Friday, October 16, the Big Three returns — although not in the same room together, as they all try to grapple with Kevin (Justin Hartley) and Randall’s (Sterling K. Brown) brutal season 4 finale fight.

“You’re not even chasing Dad’s shadow, Kevin, you’re chasing mine, but you’ll never be him and you’ll never be me because you’ll never know what it’s like to devote yourself to anyone other than yourself. You’ll pretend, but it’ll just be a performance — a tired, stale performance, like all of your performances,” Randall told Kevin in their blow out. 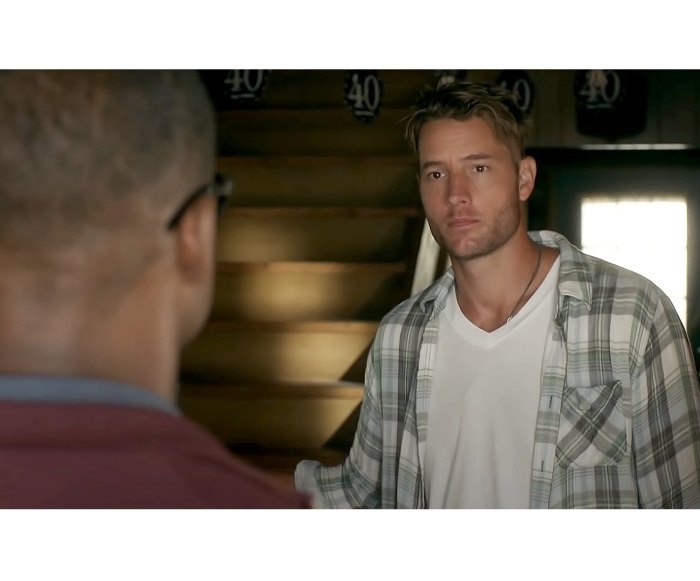 In the new footage, Kate (Chrissy Metz), Kevin and a pregnant Madison (Caitlin Thompson) seemingly celebrate the Big Three’s 40th together without Randall. (As a reminder, last season when Kevin first said the word “fiancée,” revealing his engagement, it was during that party, explaining that she had morning sickness.)

Who Is Kevin’s Fiancee on ‘This Is Us’? Ranking the Likely Candidates Read article

Although last season’s finale bombshell — Madison was pregnant with Kevin’s twins — did not include the reveal that she was the fiancée, the new trailer seems to. 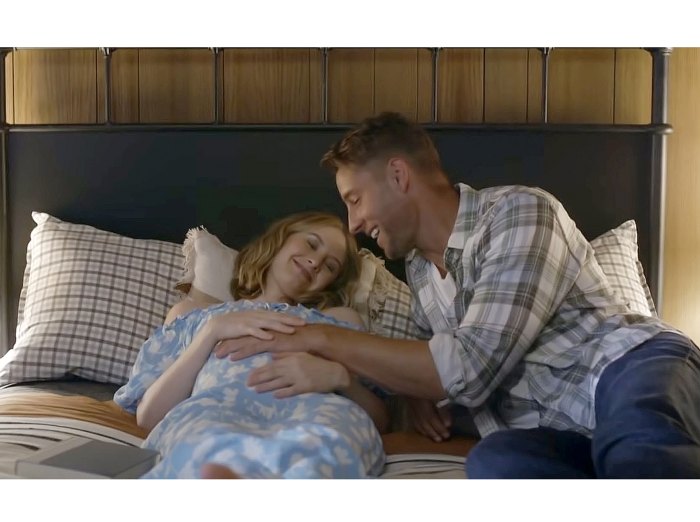 “You’re going to need to explain the use of the word fiancée,” Kate questions her brother, who is shown rubbing Madison’s pregnant stomach. Although, no ring was on her hand — at least at that moment.

Elsewhere in the teaser, the Pearsons must cope with the issues of the real world: the coronavirus pandemic and the Black Lives Matter movement. In one scene, Randall, Beth (Susan Kelechi Watson) and their children are shown watching protests on TV.

“What we’re dealing with as a people, it’s just so tragic, Beth,” Randall tells his wife. She later tells him, “The world is a resilient place. This pain is not forever. Nothing is forever.”

Although the teaser didn’t include too much more, an older Rebecca (Mandy Moore) shared that she “feels like magic,” despite her family worrying about her health and a flashback shows a quick look at Jack (Milo Ventimiglia).

This Is Us returns with its two-hour premiere on NBC Tuesday, October 27, at 9 p.m. ET

Read More: Did Kevin Confirm Who He’s Engaged to in First ‘This Is Us’ Trailer?