Did Erika Jayne and Tom Girardi Sign a Prenup?

Is the Pretty Mess’ divorce about to get pretty messy? Erika Jayne previously revealed she did not sign a prenuptial agreement when she married Tom Girardi in 1999.

“I don’t have a prenup,” the 49-year-old Real Housewives of Beverly Hills star told Andy Cohen on Then & Now in 2018. “But let me tell you something, let me be very clear. I’m married to a very powerful lawyer. A prenup wouldn’t stand in his way anyway. So it doesn’t matter whether you had one or you didn’t, it’s gonna be all Tom’s way, I assure you.”

She added, “He’ll rip that piece of paper to shreds in two seconds!” 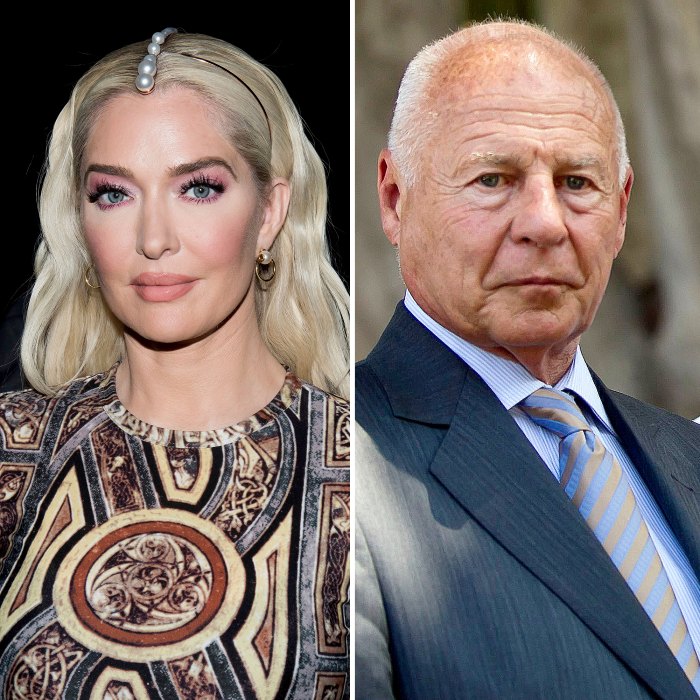 Erika announced on Tuesday, November 3, that she and Tom, 81, called it quits after 21 years of marriage.

“After much consideration, I have decided to end my marriage to Tom Girardi,” the singer said in a statement to Us Weekly. “This is not a step taken lightly or easily. I have great love and respect for Tom and for our years and the lives we built together. It is my absolute wish to proceed through this process with respect and with the privacy that both Tom and I deserved I request others give us that privacy as well.”

Us confirmed on Tuesday that Erika already filed for divorce in Los Angeles. Tom, a high-power attorney, has yet to publicly comment.

While fans met Erika during season 6 of RHOBH in 2015, Tom rarely appeared on the series, which is currently filming season 11. The lawyer made a name for himself in pop culture back in 2000, however, as one of the attorneys who inspired the Julia Roberts‘ film Erin Brockovich. Tom is one of the many famous lawyers who worked on the 1993 Pacific Gas and Electric Company case portrayed in the film.

Tom has also made headlines for various lawsuits against his firm Girardi & Keese.

She has also addressed fan complaints about Tom’s legal issues not being featured on Bravo in the past.

“You can’t show those things on television, simple as that. You can’t show legal issues on TV. You can show trials. We’re not in trial!” she told Entertainment Tonight in 2019. “Tom is a lawyer. … He has his own firm, he has his own clients and so, that is his first responsibility.”