“I think that I saw things that a lot of other people probably didn’t see. He absolutely killed it. He mimics some of the nuances I did in the music video,” Sawa, 42, exclusively told Us Weekly about the sketch, which aired during the December 5 episode. “For reference, he blows the pencil off in the first shot, which I did in the video. He eye rolls at the rearview mirror at certain times exactly how I did. He killed it.”

In the original, Sawa plays a manic fan obsessed with Slim Shady. In Davidson’s version, however, the 27-year-old comic zones in on Santa Claus and sends him not-so-merry letters to the North Pole. 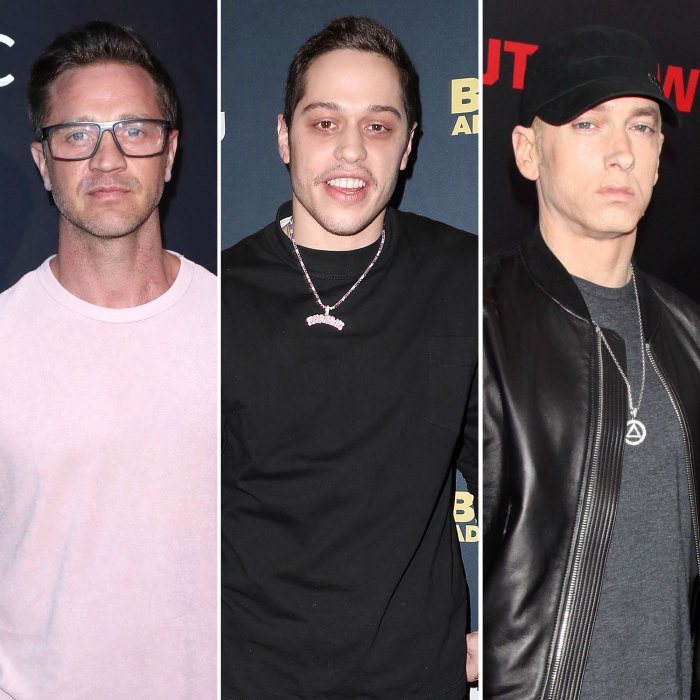 “He obviously brought his own thing to the character, but I thought it was brilliant,” Sawa told Us. “I thought it was absolutely flattering. I smiled from ear to ear when I watched it.”

Child Stars: All Grown Up!

At the end of the skit, Eminem even made a surprise cameo. The Hunter Hunter actor hasn’t seen the rapper, 48, since working together, but has no doubt that he jumped at the chance to be part of the NBC sketch.

“I went to a concert of his and went backstage a year after that, but I haven’t seen him since,” he told Us. “I wasn’t surprised Eminem made the cameo. I think he’s got some comedy in that guy. He’s got a lighter side. So, I guarantee when SNL called him, he was like, ‘Yeah! Sh-t yeah, I’ll do that.’”