Pouring his heart out. Max Ehrich spoke candidly to his fans one week after news broke of his split from ex-fiancée Demi Lovato.

“It’s just the craziest thing,” the Young and the Restless alum, 29, said on Instagram Live in the early hours of Friday, October 2. “This is the most bizarre experience that I hope no one ever has to experience ever ‘cause no person deserves to feel this way.”

Ehrich then dragged two of Ariana Grande’s exes, Pete Davidson and Mac Miller, into his drama with Lovato, 28. (The “Thank U, Next” singer, 27, had a short-lived engagement to the Saturday Night Live star, 26, in 2018 after her two-year romance with the late rapper ended.) 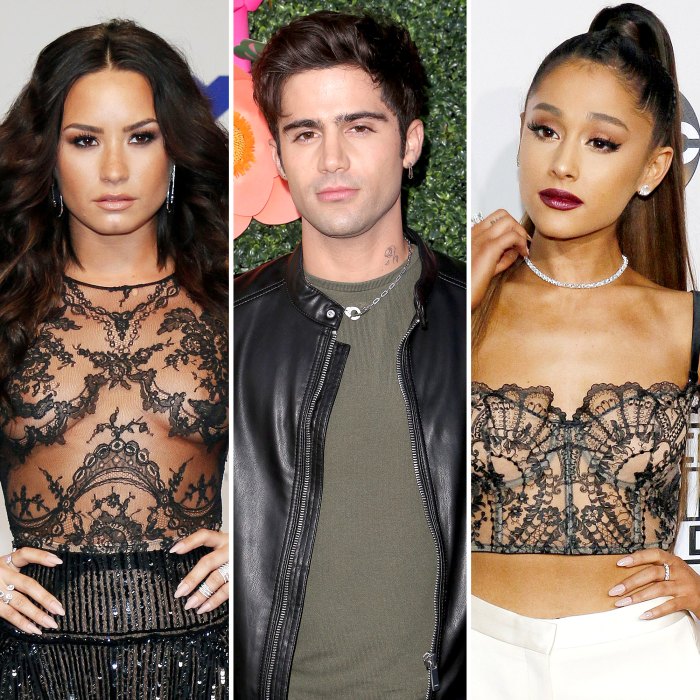 “Pete Davidson didn’t deserve to feel this way,” the Daytime Emmy nominee said. “You think he wrote that text to Mac Miller? Open your eyes. Calculated PR stunt. But my team is going to hate me for saying any of this.”

Speaking directly to Lovato, Ehrich continued, “I hope this makes you happy. Enjoy. You just lost someone who loved you fully, completely, infinitely, for everything.”

The actor also took aim at the Disney Channel alum for releasing “Still Have Me,” a song about their breakup.

“I thought I found the real deal. Now I found out that I was used,” he claimed. “But I hope the song is No. 1 because you know what? If that’s what someone wants in the material world, here you go, you have it.”

Us Weekly confirmed on September 24 that Lovato had called off her two-month engagement to Ehrich, whom she began dating in March.

“Demi’s feeling a sense of relief after seeing Max’s true colors,” a source exclusively told Us. “She’s in a really good place and already jumping right back into work and spending time with friends and family.”

The Under the Dome alum, who has been in Atlanta filming the movie Southern Gospel, later claimed to have been blindsided by the pop star after reading about their split online.

“He’s still just trying to figure out what happened with Demi,” a second insider told Us.

Us Weekly has reached out to Lovato’s rep for comment.