To each their own. Demi Lovato and her ex-fiancé, Max Ehrich, are coping with their breakup in very different ways.

On Sunday, October 4, the “OK Not to Be OK” singer posted several videos to her Instagram Story of her enjoying Halloween early at the Nights of the Jack in Calabasas, California. Lovato, 28, attended the drive-thru experience with her “bestie” Matthew Scott Montgomery, who was shown dancing to Bobby “Boris” Pickett’s “Monster Mash” in one video as the Grammy nominee laughed.

The duo then remarked on the event’s Halloween decor. “It’s so cute,” Montgomery said, while Lovato added, “It is the cutest! This is wild. Halloween in a pandemic, but they’re killing it though.”

The Sonny With a Chance alum later noted how “happy” she was and even joked that she would be “staying the night.”

Ehrich, meanwhile, posted a sad selfie with his hand over his eye on Sunday. The 29-year-old Young and the Restless alum captioned the photo with a broken heart emoji. 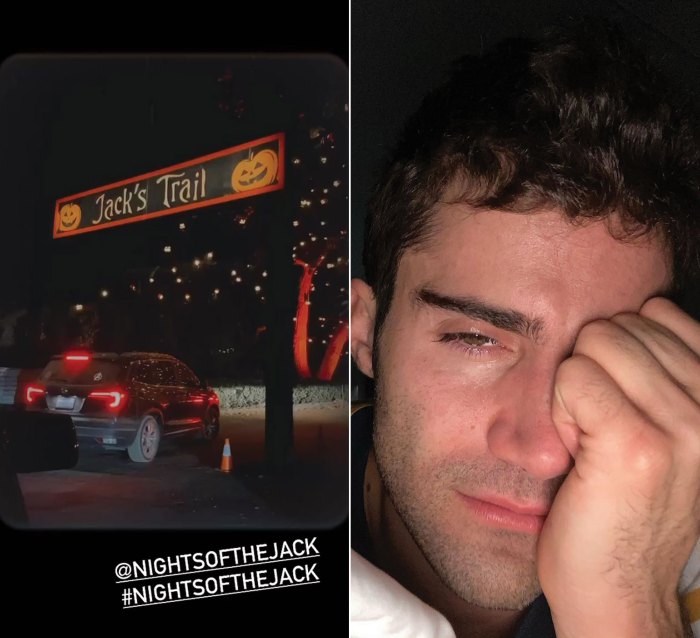 In March, Us Weekly broke the news that Lovato had begun dating Ehrich following her split from model Austin Wilson. Four months into their whirlwind romance, he proposed to her on a beach in Malibu. They announced the engagement news via Instagram with gushy posts.

A source exclusively told Us in August that there was “no explicit timetable” for their wedding, but they were excited to “start the next chapter of their lives.” However, Us then confirmed on September 24 that Lovato broke off their two-month engagement. 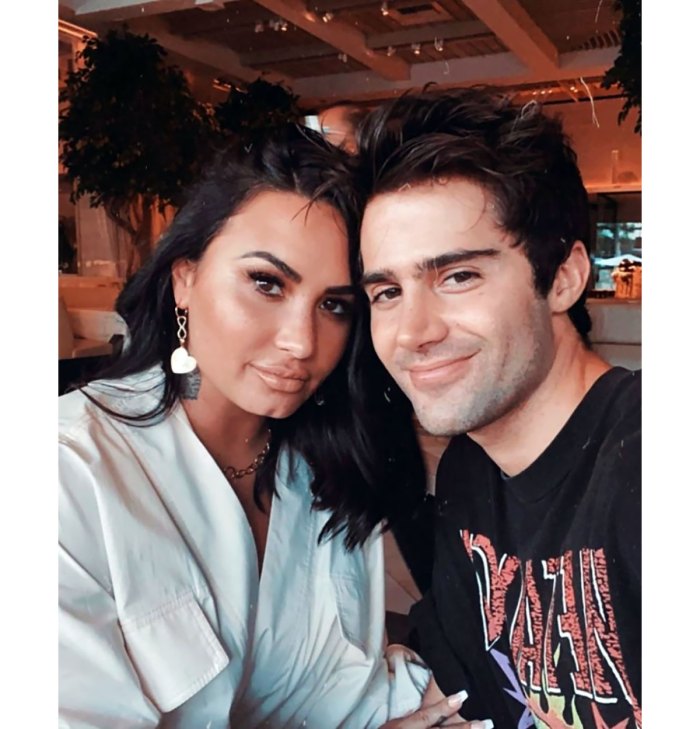 “Demi’s feeling a sense of relief after seeing Max’s true colors,” an insider told Us. “She’s in a really good place and already jumping right back into work and spending time with friends and family.”

Lovato recently released a song about the breakup called “Still Have Me.” Ehrich, for his part, claimed to have learned of their split “through a tabloid” and alleged that she had “used” him.