Not so fast. Debby Ryan shut down a popular fan theory that claimed she and Outer Banks actor Chase Stokes are the same person. No, really.

During an interview with E! News’ The Rundown on Wednesday, August 24, Ryan, 29, recalled being in the same room as Stokes, 29, “at least one time” in the past. “I went to eat at a Brazilian steakhouse in Universal City with some of my family members,” the Disney Channel alum recalled. “And years later Chase Stokes told me that he was our server and that we interacted.”

Stokes, for his part, also previously addressed the fan speculation about his connection to Ryan. In May 2020, the actor replied to a follower asking if he thought he looked like the Alabama native, saying via Instagram Live, “The internet is a weird place.”

He added: “Thank you crazy people for putting me and Debby in contact. Debby is the homie, and Debby and I chit-chat.”

The conspiracy theory originally emerged on TikTok earlier that year when social media users compared Ryan and Stokes’ facial structure using a morphing filter. “THEY HAVE THE SAME EYEBROWS AND FACE SHAPE,” a fan captioned the video in 2020. 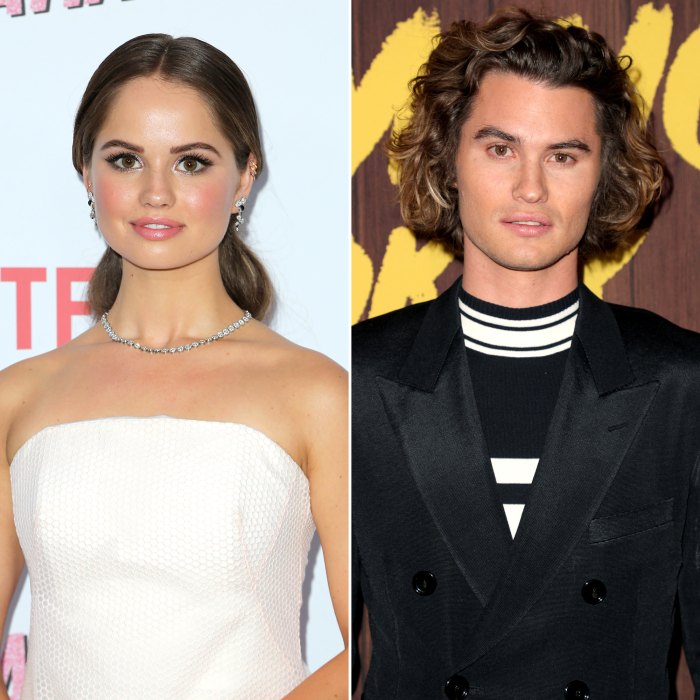 A second person later pitched an idea for the duo to play siblings in a project together, tweeting, “Debby Ryan and Chase Stokes are literally the same person. Like, they look so similar it’s almost scary. I don’t care what you say, for me, they are siblings. Argue with the wall.”

Although Stokes and Ryan aren’t currently set to appear on screen together, both have been hard at work on other projects.

The Maryland native has been filming season 3 of Outer Banks in Barbados alongside Madelyn Cline, Madison Bailey, Rudy Pankow and Jonathan Daviss. Earlier this year, the Tell Me Your Secrets alum took to social media to ask fans not to share info about the new season ahead of its release.

“I hate that I’m having to post this again but please, do not post spoilers of us working,” the Netflix star wrote via Instagram Story in March. “This is an exhausting process, and we have a really exciting story to tell. We are working our asses off to give you the full experience when the time is right. I know you’re all excited and anxious but I promise — it will be worth the wait.”

Stokes concluded: “Please … please respect our process. Not just the cast but also to our crew who is working endless hours to make this show come to life.”

Ryan, for her part, has been promoting her role in Spin Me Round with Alison Brie and Aubrey Plaza. After filming the indie comedy in Tuscany, Ryan’s costar Ayden Mayeri revealed that the cast members decided to get matching tattoos to commemorate the experience.

“We all became great friends in Italy,” Mayeri, 31, told Variety this month. “So while we were shooting, Debby and I thought it would be a great idea to get a tattoo in honor of the movie. The rest of the cast was like ‘absolutely not!’ So when we returned home, Debby and I were determined to show our commitment to each other.”

Read More: Debby Ryan Reacts to Fan Theory That She and Chase Stokes Are the Same Person