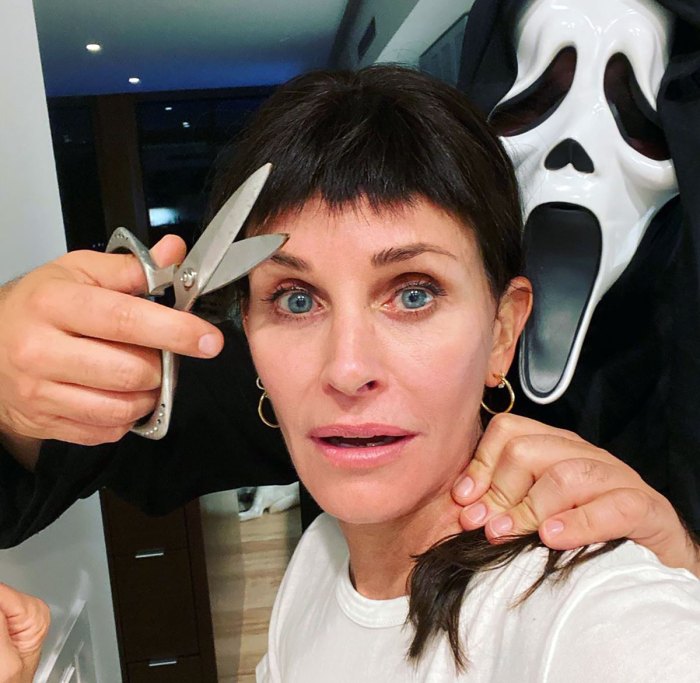 Too funny! For Halloween 2020, Courteney Cox channeled her character Gale Weathers from Scream 3, making fun of her super short bangs and all.

On Saturday, October 31, the 56-year-old took to Instagram to show off her festive get-up, which included those terrifyingly short bangs from the 2000 sequel. Behind her stood a man wearing a Ghostface mask, holding a pair of scissors up to her hairline. She jokingly wrote in the caption, “Not the bangs!!!!!!!! 😱😱😱 #scream #ghostface #halloween.”

Meanwhile, Queer Eye’s Tan France shared that Cox’s costume made him question his own. “NO WAY!!” he wrote. “I was so tempted to be Gale Weathers with the bangs before I settled on Moira Rose!! I might be having regrets!”

This isn’t the first time the Friends star has paid tribute to her horrifically unforgettable Scream 3 haircut. Last year Netflix posted a video of the actress talking about the ‘do in honor of the spooky holiday.

“It’s Halloween and I thought I’d get in the spirit of things and watch some of the Scream movies,” she said. “I chose Scream 3 and I noticed that Gale Weathers has those infamous bangs.” 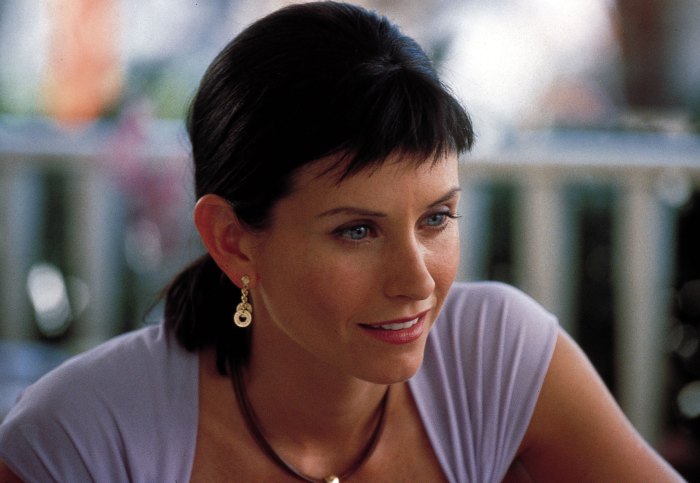 She continues, saying that she doesn’t think it’s all that bad. “I don’t think anything’s that wrong with it, check it out.” She points the camera to the TV screen showcasing the fringe. “I think they’re cool. I say I can bring it back. Let’s see.”

Cox then proceeds to cut her fringe with a pair of scissors, taking a look at the final chop in the camera. “What do you think?” she asks right before a Ghostface pops up from behind the couch with a knife. All in good fun!