The comedian, 38, told jokes from behind the “Weekend Update” desk as usual during the Saturday, October 31, episode of the sketch comedy series. His appearance marked the first time he has been spotted since his wedding to the actress, 35.

Jost wore a thick gold wedding band on his left hand and Che referenced his pal’s nuptials while discussing feelings of uncertainty in the lead up to the presidential election. “You just married Scarlett Johansson and I just bought an electric bike; we’re both doing equally great,” Che said. 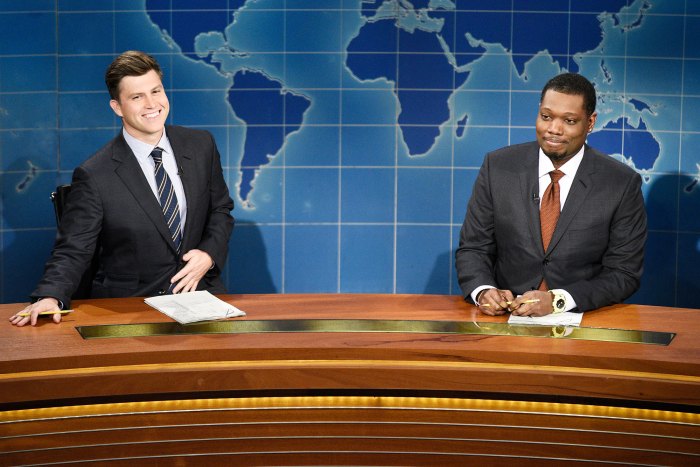 Jost was featured on the October 24 episode of Saturday Night Live but did not wear a wedding band at the time. Meals on Wheels America later announced that he and Johansson exchanged vows that weekend.

“We’re thrilled to break the news that Scarlett Johansson and Colin Jost were married over the weekend in an intimate ceremony with their immediate family and love ones, following COVID-19 safety precautions as directed by the CDC,” the organization shared via Instagram on Thursday, October 29. “Their wedding wish is to help make a difference for vulnerable older adults during this difficult time by supporting @mealsonwheelsamerica. Please consider donating to celebrate the happy couple by clicking the link in our bio.” 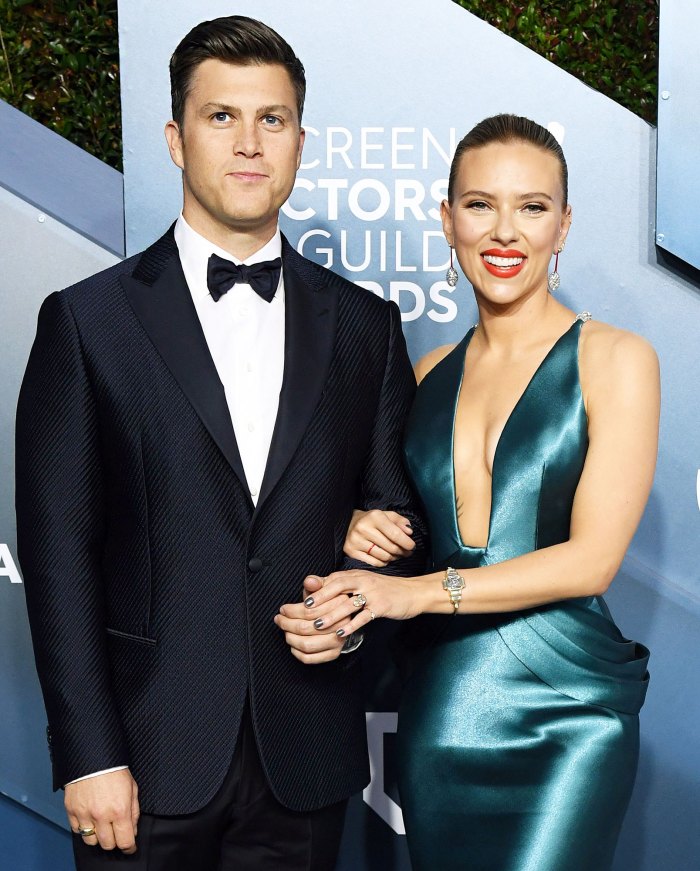 Johansson and Jost have a special attachment to Saturday Night Live, as they met through the show. The pair were spotted kissing at an afterparty for the long-running NBC series in May 2017, which first sparked romance rumors. Her rep confirmed their engagement two years later.

When the Avengers star returned to host in December 2019, she took the opportunity to lob some jokes at the A Very Punchable Face author. “The sixth time is even more exciting than the fifth because, you know, you’re not worried anymore. If the show is bad, what are they gonna do? Fire my fiancé?” she quipped at the time. “Oh, no, what will we do without his paycheck?”

Johansson then got sentimental about her typically private relationship with Jost. “This place means so much to me. I have so many friends here, and I met the love of my life here,” she gushed before kissing him.

The Oscar nominee, who shares 6-year-old daughter Rose with ex-husband Romain Dauriac, complimented the Saturday Night Live star’s romantic prowess in October 2019. “He killed it,” she said on The Ellen DeGeneres Show of his proposal. “He did, like, a whole James Bond situation. He’s got a lot behind that news desk. He’s very charming and very thoughtful and romantic.”