Bad editing? Clare Crawley‘s ex-fiance Benoit Beauséjour-Savard says the way the hairstylist is being portrayed on The Bachelorette “is not the Clare I know.”

Clare! Arie! Nick! All the Times ‘The Bachelor’ Shocked Fans With Its Lead Read article

The Bachelor Winter Games alum, 33, who was engaged to Crawley, 39, in 2018, spoke about his ex in an interview with Ben Higgins and Ashley Iaconetti on their “Almost Famous” podcast. 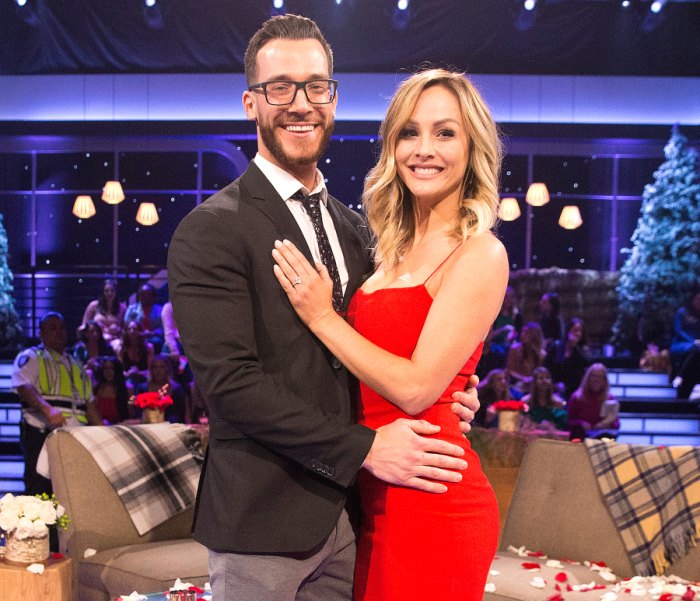 Beauséjour-Savard filmed a segment with his ex that was supposed to air during the premiere of her season but was cut. ABC executive Rob Mills tweeted earlier this month that they “didn’t have time for the footage” but the Canada native thinks it’s because producers are trying to show Clare in a different, and not very flattering, light.

“She has some good qualities than right now what we’ve seen it’s only [the] drama part,” he said. “Clare is a really deep person. She likes to get to know you on a really deeper level, which is not showing at all.”

The restaurant manager also suggested that the moment Crawley appeared to refer to frontrunner Dale Moss as her “fiancé” after the rest of the guys roasted him might have been the result of some sneaky editing — and he thinks that Crawley was actually talking about him.

“When she called him her fiancé, a lot of people were telling me, ‘Benoit, I feel like they just cut out the ex-fiancé part and maybe they made some jokes about you and that was not fair,’ so there’s no way she would have called him at that moment her fiancé,” he said. “I know Clare and I know how she is. Why would she have called him her fiancé at that moment, especially in that part because she’s, like, walking, you can see the back of her head so you can’t really read her lips, so it’s weird a bit.” 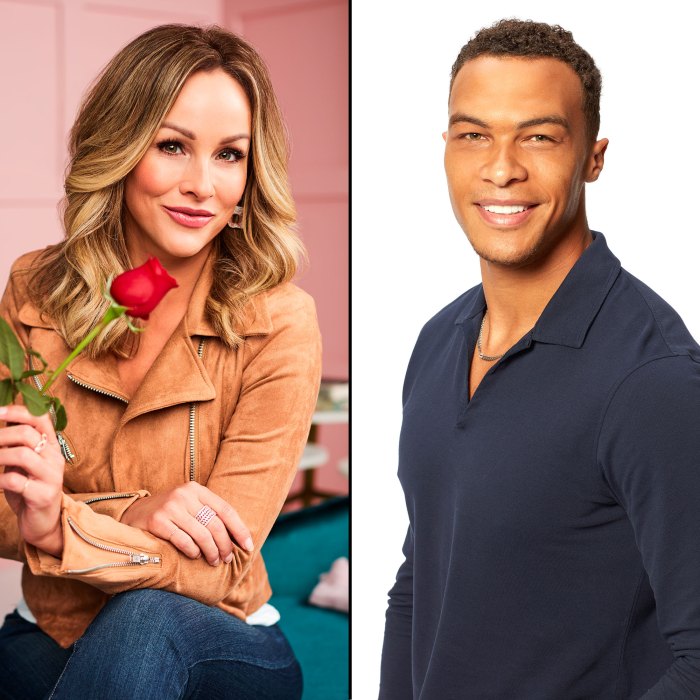 Crawley and her ex have remained good friends since she broke off their engagement and have spoken regularly since she left her season of The Bachelorette less than two weeks into filming after falling head over heels for one of her contestants.

When Higgins asked if the Clare who Beauséjour-Savard is seeing on The Bachelorette is the same woman he fell in love with, he said no.

“I would say this is not the Clare that I know. Put yourself into her shoes, you’re doing quarantine in a resort. This show’s a bit [of a] mindf—k, you’re been there, it’s a lot to manage and I feel like at some point maybe she was overwhelmed by all of this,” he said. “She felt super strong feelings with Dale and then this whole thing played out. … There’s a little difference in the Clare that is shown on TV than the Clare that I know in real life.”

While he believes it would have been a “total different season if Dale wasn’t there,” Beauséjour-Savard said it’s totally possible that Clare fell in love so quickly: “I feel like she’s just so passionate. She knows what she wants.”

In the end, he suggested that producers convinced Crawley to leave the show after she didn’t hand out a rose after her group date.

“So I think, like, ultimately it was production that came at her and said, ‘You know what, Clare, I feel like you’re not giving it a fair chance, you’re really into Dale, so we want you to be happy’ and they had like a common agreement on her maybe leaving the show but I feel like it wasn’t her ultimate decision.”

While Beauséjour-Savard couldn’t reveal whether Crawley has got her happily ever after ending, he believes that after she leaves The Bachelorette and Tayshia Adams comes in to replace her, it isn’t the last Bachelor Nation will see of the California native this season.

“I feel like there’s going to be more, they’re going to keep us in touch with what Clare has been going through,” he said. “It’s like two seasons at once at one point and hopefully we’re gonna see how it goes for these two … it’s not the end.”

Read More: Clare’s Ex-Fiance Says It Wasn’t Her ‘Decision’ to Leave ‘The Bachelorette’