Tayshia Adams has been in control of season 16 of The Bachelorette for several weeks, but should Clare Crawley have been invited to The Bachelorette: The Men Tell All? The OG lead and fiancé Dale Moss made their thoughts known during the Monday, December 14, episode.

“I wish they would have let me be in attendance to let these men know in person how much their words + support have meant to me. Thank you gentlemen,” Clare, 39, tweeted on Monday. “From the bottom of my heart.”

The hairdresser also “liked” a series of tweets about Monday’s episode, including one post that suggests the show shouldn’t have given villain Yosef Aborady a platform again: “As a connoisseur of trash tv, I know I’m supposed to live for the drama, but MUST WE GIVE YOSEF A SECOND 15 MINUTES? I’ve straight up forgotten this blip on my radar, and I assume @Clare_Crawley has too.” 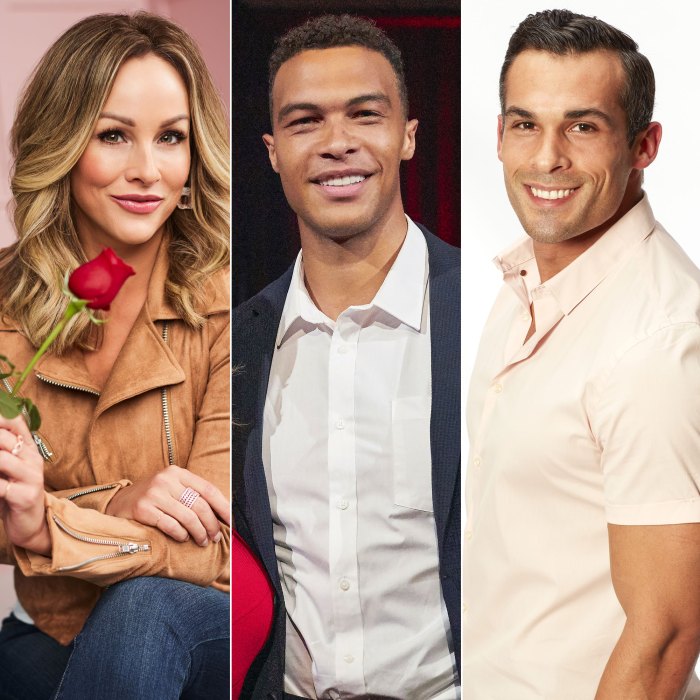 Another “liked” tweet reads, “He is absolutely a terrible person and no woman should ever be talked to that way, and especially on live tv. We stand by you @Clare_Crawley #TheBachelorette #MenTellAll.”

‘Bachelor’ and ‘Bachelorette’ Villains: Where Are They Now? Read article

Yosef made headlines for calling Clare “classless” after a strip dodgeball date at the beginning of the season. “I expected a lot more from the oldest Bachelorette there’s ever been,” the single father said on an October episode. “You’re not setting the right example to my daughter. I’m ashamed to be associated with you. I can’t believe I sacrificed so much to be here just to watch this distasteful, classless display.”

Clare later retweeted a message from season 20 Bachelor Ben Higgins about Chris Harrison’s attempts to help Yosef see the light during Monday’s episode after he refused to apologize for his words.

“If everyone around feels you are not behaving correctly or that you are causing damage with your actions you should humble yourself to listen,” Ben, 31, tweeted. “Your opinion alone is not always truth, beneficial, right, and loving. Accountability is actually an incredible thing #BacheloretteABC.”

Dale, for his part, made it clear he wasn’t happy with Yosef.

‘Bachelor’ and ‘Bachelorette’ Engagement Rings Through the Years Read article

“This fool had enough pride and arrogance to sit on TV & believe that’s how a man should acts towards a woman. Even condoning that type of act towards his own daughter,” the 32-year-old former football player tweeted. “How people ever actually defended someone like this and his actions is mind numbing.”

Clare and Dale fell in love within the first two weeks of filming season 16 of The Bachelorette during the summer of 2020. After he popped the question, the network called in Tayshia, 30, to take over with the remaining 16 contestants and brought in four additional suitors. The former phlebotomist will meet the families of her top four men — Brendan Morais, Ivan Hall, Ben Smith, and Zac Clark — on the Tuesday, December 15, episode.