Playing catch-up! Clare Crawley and Dale Moss detailed their three-month relationship after their engagement played out on the Thursday, November 5, episode of The Bachelorette.

The Bachelor alum, 39, kissed Moss, 32, multiple times in an Instagram Live video after the show, gushing that she is “the happiest [she’s] ever been.” 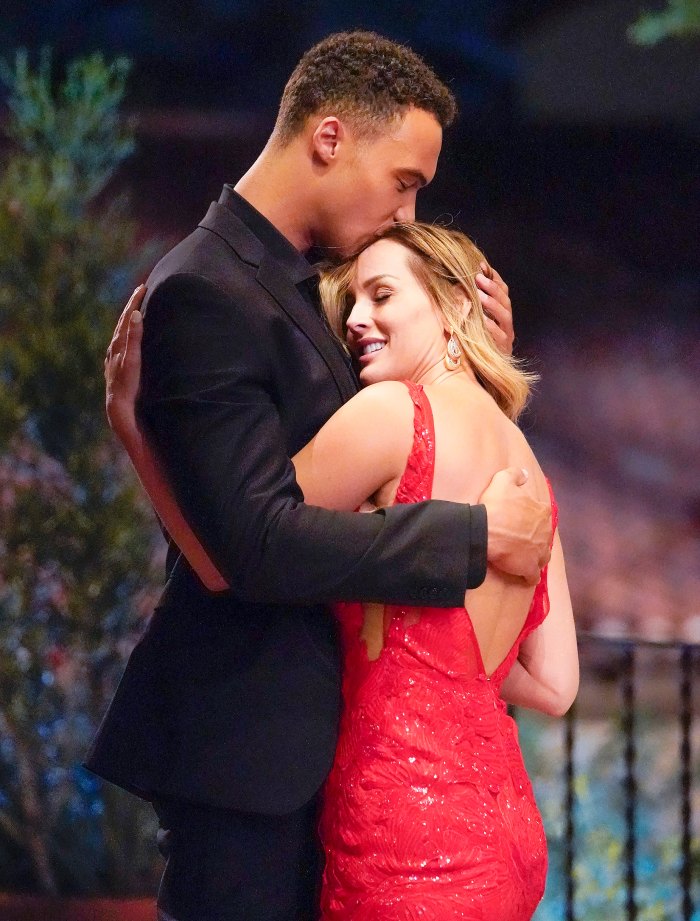 When an Instagram troll commented that they wouldn’t last three months, the Bachelor Winter Games alum clapped back, “I’d like to say pay up because we just had our three-month anniversary! … The amount of hate, you guys, is insane. People are just crazy, but we wanted to come on here for the people who are amazing and the people who understand.”

Crawley added that despite only knowing the season 16 contestant “for a short period of time,” they are learning new things about each other. She joked that, for example, Moss farts.

The couple confirmed that they have been “hanging out a lot” and are even house hunting. “We’ve got to secure the place,” the former professional football player said of their search.

On Thursday’s episode of the ABC show, Crawley professed her love for the South Dakota native after two weeks of filming, giving him the final rose. After describing the “electricity” she felt meeting Moss, the former athlete told the hairstylist he loved her and got down on one knee to propose.

“Put that ring on my finger, I’ve waited a lot of years for this,” the California native said, calling herself “Clare Moss.” 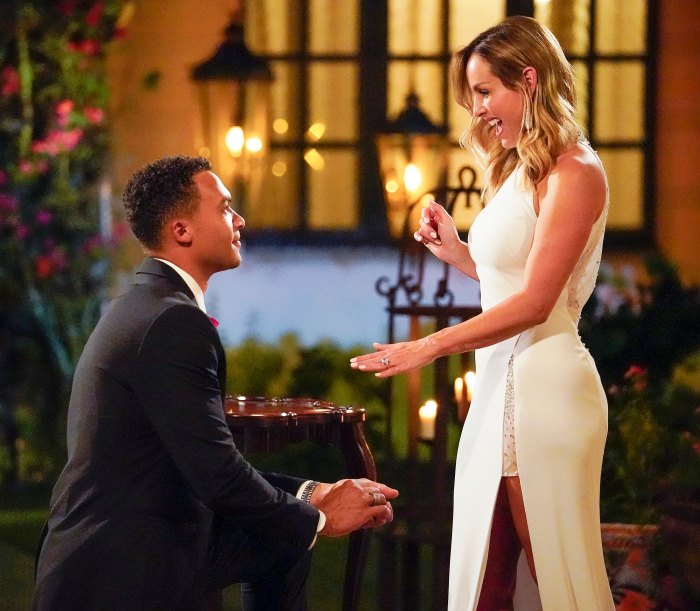 Who Is Dale Moss? What to Know About ‘Bachelorette’ Front-Runner Read article

Before their final episode aired, Crawley was spotted with a diamond ring on her left hand while shopping in her hometown. The photos surfaced one week after an episode in which the she called Moss her “fiancée” while speaking to a crew member.

Us Weekly confirmed in August that Crawley “shocked” producers by deciding to end her time on the show a few weeks into filming. Bachelor in Paradise alum Tayshia Adams stepped in to take her place, making her Bachelorette debut on Thursday’s episode.