Ready to move on? Christine Brown hinted that she’s open to finding love again after her split from Kody Brown — but she won’t date just anyone.

“I would [date] again! Of course, but I’m pretty picky!” Christine, 50, captioned a TikTok video on Wednesday, August 24. In the clip, the Sister Wives star said she was ready to share more after “getting a lot of questions about my love life” from fans.

“The thing is, is I have pretty high standards,” she teased, holding up an action figure of a character called Durotan. “This is who I would totally date. … He really is the love of my life.” 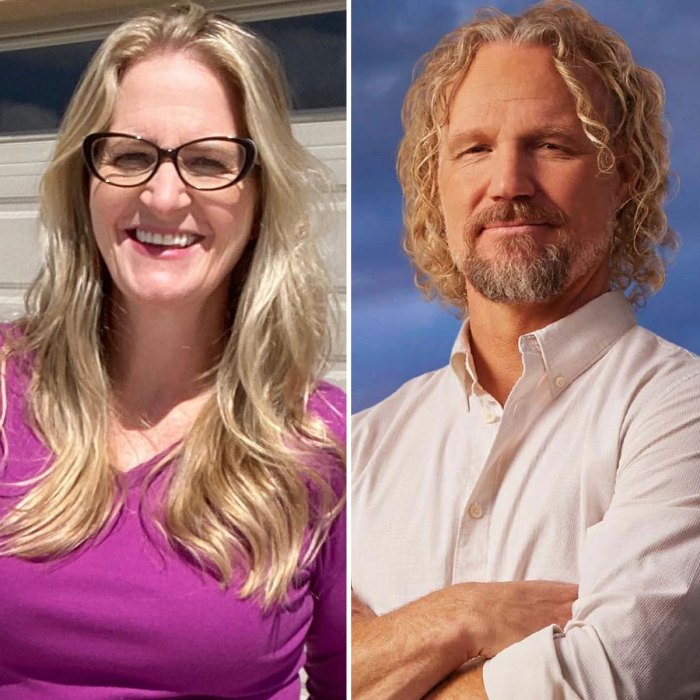 The TLC personality shares six children — son Paedon, 23, and daughters Aspyn, 27, Mykelti, 26, Gwendlyn, 20, Ysabel, 19, and Truely, 12 — with Kody, 53, from whom she split in November 2021. The former couple were spiritually married for more than two decades before they called it quits.

“After more than 25 years together, Kody and I have grown apart and I have made the difficult decision to leave,” Christine wrote via Instagram at the time. “We will continue to be a strong presence in each other’s lives as we parent our beautiful children and support our wonderful family. At this time, we ask for your grace and kindness as we navigate through this stage within our family.”

Kody addressed the breakup in a statement of his own, writing via social media, “Christine’s decision to leave comes with a great deal of sadness. We enjoyed many years together and I have a large amount of respect and admiration for her. Although we are moving forward on different paths, we will always remain committed parents.”

I would daye again! Of course, but I’m pretty picky! #durotan#warcraft#loveofmylife#sisterwives#christinebrown#fyp#foryoupage#dating

The Wyoming native is also spiritually married to Meri Brown and Janelle Brown. In 2010, he legally wed Robyn Brown in order to adopt her two children from a previous relationship. (In total, Kody is the father of 18 kids.)

Christine’s split from the salesman will play out on season 17 of Sister Wives, which is set to premiere in September. “I feel like to Kody, Robyn’s more important,” she confessed in an explosive first look at the upcoming season. “I have decided to leave. I’m going to leave Kody. … I agreed to be a sister wife, but I agreed to be an equal wife.”

As the clip continued, Kody told his remaining three spouses that his “heart is broken” about the end of his marriage to Christine. He went on to unleash his true feelings at his now-ex, yelling, “Just the knife in the kidneys after all these years. The sacrifices that I made to love you.”

While plenty of drama is still to come for the Brown family as the breakup unfolds, Christine’s children have been supportive of her choice to separate from Kody. “[My] mom is happier now,” Paedon exclusively told Us Weekly in February. “She is now minutes away from her two oldest daughters. And eventually, in the future, maybe more children will move up there.”