Barbour, 26, responded with muscle emojis, while another Twitter user added, “Omg this is the best response ever. Try getting a divorce and your ex-wife gets knocked up by her new boyfriend.”

Randone replied to the tweet with a GIF of an athlete sitting on the sidelines of a game, shaking their head and shrugging while watching.

The Florida native met and fell in love with Nielson, 33, on season 5 of Bachelor in Paradise. The exes got engaged on the ABC show and tied the knot in June 2019. They were married for eight months before calling it quits.

“It hurts to announce that at this moment, we have mutually decided to separate,” the former reality stars wrote in their joint February statement. “Never did we imagine this scenario, but we’ve come to a point where we both need to work on ourselves. We are best friends that love and care for each other so deeply. We’ve appreciated everyone’s love and support so far throughout our journey and we just ask that you please respect our privacy as we navigate through this.” 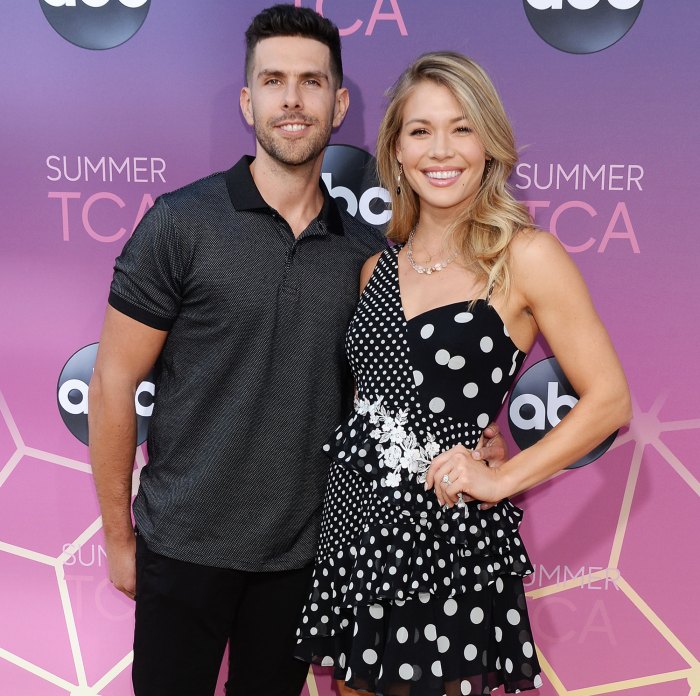 Nielson filed for divorce in August, and she became Instagram official with her boyfriend, Miles Bowles, the following month. The Montana native announced in a Wednesday, November 11, YouTube video that she is pregnant with their first child.

“Awwww!! Omg we are BURSTING with joy to finally share this wonderful news!!,” the Bachelor alum went on to caption her Instagram baby bump debut alongside Bowles and her dogs. “I can’t believe it. I’m going be a MOMMY!!! Thank you all for being a part of my journey. Miles, Wayne, Chucky and I cannot WAIT to share this new chapter with you!!”

Before she and Randone split, the former couple exclusively talked to Us Weekly about their future family plans. “She let it be known that she’s off birth control, and I didn’t know that,” the Dominant Sales Training founder said in August 2019.