Still got his beach bod! Chris Evans put his bare chest on full display in a new video less than one month after his accidental nude photo leak.

“Last swim before the pool hibernates,” the Marvel star, 39, teased in an Instagram Story on Tuesday, October 6. In the brief clip, the Boston native showed off his tattoos and six-pack abs as he flipped into the “freezing” water behind him. “I wonder what it’s like to be tan,” he joked. 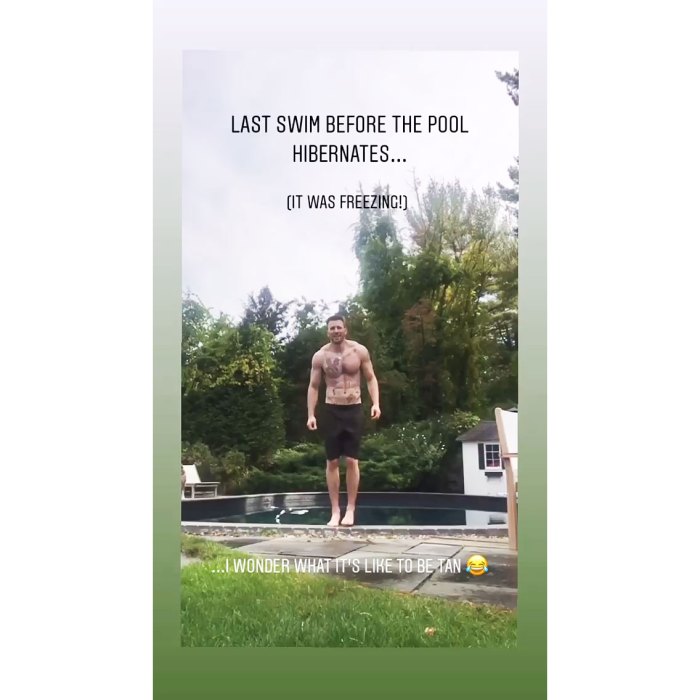 On September 12, the Scott Pilgrim vs. the World actor shared a video of himself and a handful of friends playing Heads Up on his Instagram Story. The footage showed Evans’ camera roll at the end, which featured a black-and-white d–k pic. It didn’t take long for the Knives Out star to become a trending topic — or for his Avengers costars to weigh in on the gaffe.

“@ChrisEvans Bro, while Trump is in office there is NOTHING you could possibly do to embarrass yourself. See… silver lining,” Mark Ruffalo tweeted in support of the Captain America actor.

Scott Evans, Chris’ younger brother, later chimed in via Twitter and played coy about the mishap. “Was off social media for the day yesterday. So. What’d I miss?” he teased.

Two days later, Chris broke his silence on the scandal and kept his reaction lighthearted. “Now that I have your attention…. VOTE Nov 3rd!!!” the Gifted actor tweeted.

As fans’ fascination with the explicit pic began to die down, Chris addressed the video in more detail during an interview on The Tamron Hall Show, telling viewers that he appreciated those who treated him with respect in the wake of his accidental post.

“Look, it was an interesting weekend full of lessons learned, a lot of teachable moments,” he said at the time. “Things happen. It’s embarrassing, but you’ve gotta roll with the punches. I will say, I have fantastic fans who came to my support. That was really nice.” 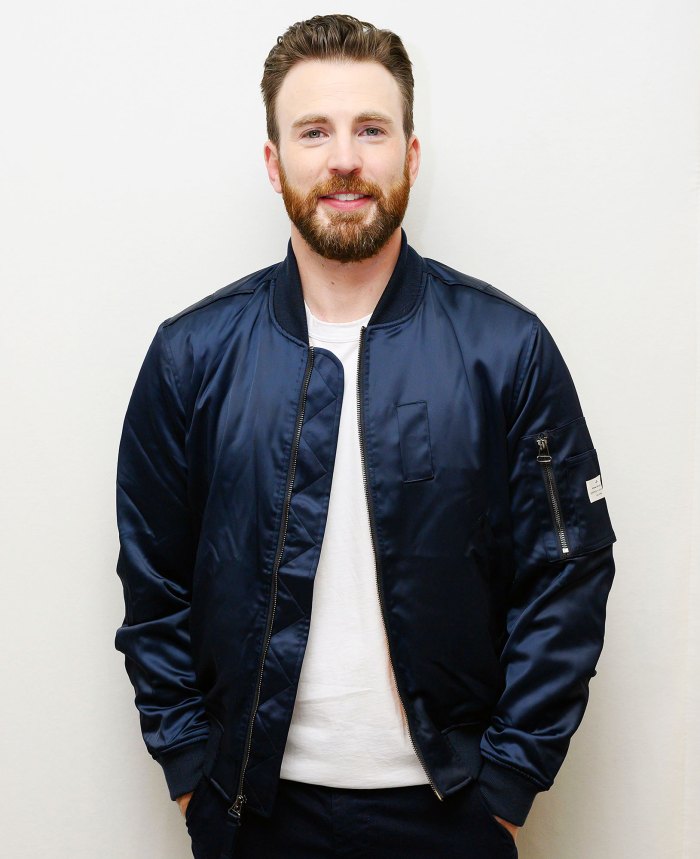 Earlier this year, Chris sparked dating rumors with Lily James after the pair were photographed together multiple times in London. The Yesterday actress was recently asked about her relationship status during an interview with Harper’s Bazaar U.K. — but wouldn’t give away any secrets. Instead, she revealed a piece of advice that she wished she knew when she was younger.

“Don’t be obsessed by boys!” she told the magazine. “Hang out with your girl mates. And don’t take everything so seriously — be kind to yourself.”