In the series premiere, which dropped on Netflix on Friday, October 2, Emily Cooper — played by the 31-year-old actress — converses with her French coworkers about her hometown’s famous deep-dish pizza. One of her colleagues compares the delicacy to a “quiche made of cement.”

Emily then replies, “Oh, no, you must have gone to Lou Malnati’s.”

The restaurant did not take the jab lightly, releasing a statement via Instagram on Wednesday, October 7. “We’ve been serving Chicago’s favorite Deep Dish since 1971,” owner Marc Malnati said. “When Netflix’ Emily in Paris writers chose to take a shot at Chicagoans and our pizza to try to get a laugh, it felt heartless and not humorous in the midst of Covid-19.” 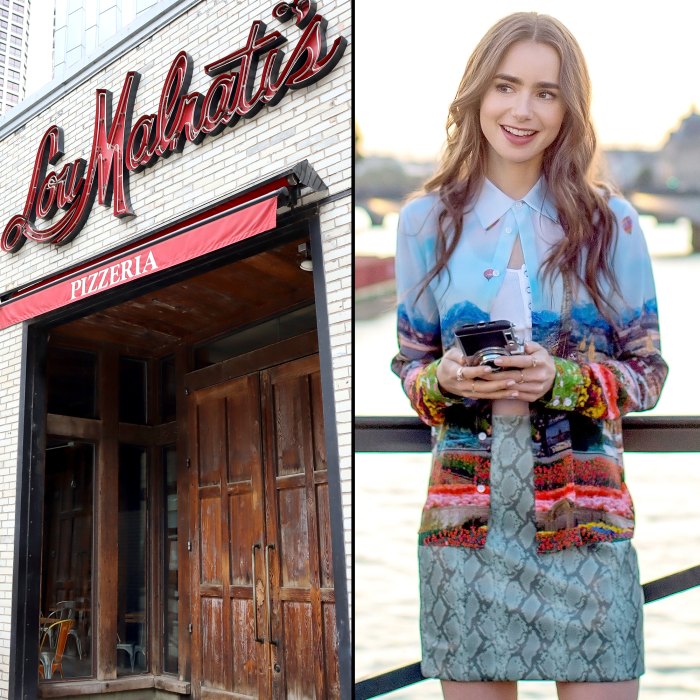 While the series was filmed more than a year ago — well before the coronavirus pandemic set in — Malnati referred to how the global health emergency has forced many restaurants to shut down and suffer great financial losses.

Nevertheless, Lou Malnati’s turned the joke into a marketing opportunity. “Thank you to all our fans who have shown so much love and support!” an Instagram post on the company’s account read. “To say ‘merci’ for keeping us #ChicagoStrong we’re giving you $5 off a Tastes of Chicago shipped 4 or 6 pizza pack! Place your order by Wednesday, October 14th and use code TCXCHISTRONG at checkout.”

The pizzeria doubled down on their approach in a Tuesday, October 6, Instagram post. “Emily in Paris thinks Lou’s sucks. We disagree,” the caption said. “Try it for yourself. Hate it? #movetoParis.”

Collins portrays a 20-something who relocates from Chicago to Paris for work and finds herself navigating her career, her love life and the French culture all without knowing how to speak the language. Lucas Bravo (Gabriel), Philippine Leroy-Beaulieu (Sylvie), Ashley Park (Mindy), Samuel Arnold (Julien) and Bruno Gouery (Luc) also star in the series from Sex and the City and Younger creator Darren Star.

Netflix has yet to renew Emily in Paris for season 2, but the Mirror Mirror star is optimistic, telling Vanity Fair in September: “I would love nothing more than to be able to go back to Paris and do [a new season].”

Season 1 of Emily in Paris is now streaming on Netflix.