Things are heating up on Chicago Fire in more ways than one. When the NBC drama returns with its ninth season on Wednesday, November 11, the writers aren’t wasting any time before diving into Matt Casey (Jesse Spencer) and Sylvie Brett’s (Kara Killmer) relationship.

From Linstead to Dawsey! All the Most Memorable One Chicago Couples Read article 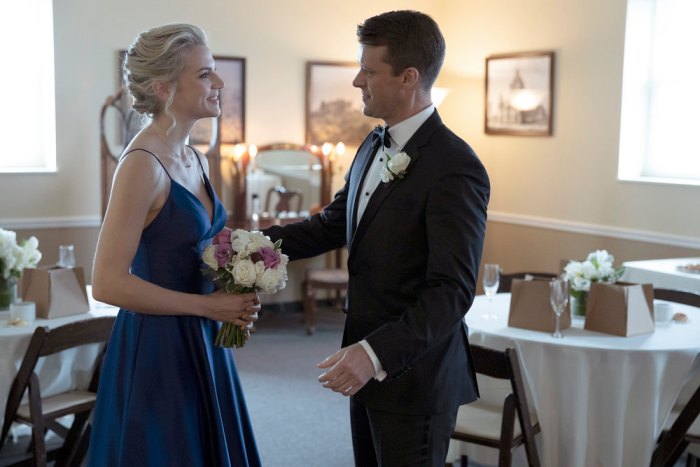 The characters, who are both part of Firehouse 51, have been through a lot and have grown closer through the years. Fans have wondered for quite some time if their friendship will turn into more. Whichever way it goes, Haas added, “I always want everyone to be happy,” even though he knows that doesn’t make the best TV.

One Chicago Stars Who Left the Franchise: Where Are They Now? Read article

The showrunner also noted during the interview that romance scenes will be done “in the same way that we’ve always done them,” despite the coronavirus pandemic.

“I’m crazy nervous about it, but we are testing like crazy, and we would never ask actors to do anything that they don’t feel comfortable with. That’s been our policy for nine years,” he told Us. “If we ever have an issue, we’ll adjust accordingly. We’re all figuring it out together, and I do trust my cast. I can’t say enough about how great our cast and crew are.”

Earlier this year, Spencer, 41, revealed to Us exclusively that he hopes the Brett and Casey coworker relationship grows into something romantic.

“I would like to see them get together because what they’re building right now is a friendship and it feels organic. They had different situations, but they’re quite similar, and they both have a bit of an ugly past,” the Australia native told Us in January, noting that their tough histories — his ex-wife left him and her boyfriend (his ex-wife’s brother) broke her heart — brought them closer together. “They’re healing and healing together. I think it’s an organic way for it to happen.”

For more from Haas and for even more exclusive TV news and interviews, subscribe to the “Watch With Us” podcast.