Opening up. Cheryl Burke and AJ McLean had a powerful moment about their shared experiences with getting sober during the Monday, November 2, episode of Dancing With the Stars.

Before the ballroom pro, 36, and Backstreet Boys member, 42, performed a rumba to Kaleo’s “Way Down We Go,” McLean detailed his battle with drug and alcohol addiction, which began to take over at the height of his career with the boy band. Burke, for her part, recently revealed that she is currently two years sober. 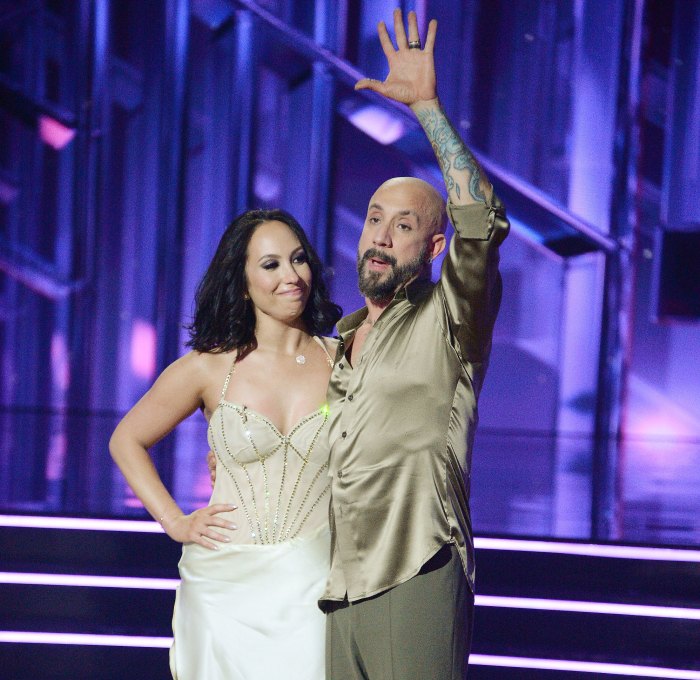 “We’re definitely both addicts and just trying to be the best version of ourselves we can be,” the California native said to her partner during their rehearsal package.

The “As Long As You Love Me” singer’s journey to sobriety has lasted nearly 20 years. Though he’s faced challenges along the way — including two overdoses and multiple rehab stints — he proudly declared that he’s been clean for 11 months. After relapsing during a trip to Las Vegas, McLean credits his family for helping him back on the wagon. The Florida native shares daughters Ava, 8, and Lyric, 3, with wife Rochelle McLean.

“My youngest daughter went to come cuddle with me and then she walked away from me and said, ‘You don’t smell like my daddy,’” the Grammy nominee recalled of his recent relapse. “My kid saved my life.”

After their vulnerable moment in the ballroom, AJ took to Twitter to share his gratitude with his fans. “Feeling like a weight’s been lifted after tonight’s performance. Our Rumba was an artistic expression of my journey to sobriety and all I have overcome within the past year,” he wrote. “To everyone who voted for #TeamPrettyMessedUp tonight on #DWTS, we love you so much!” 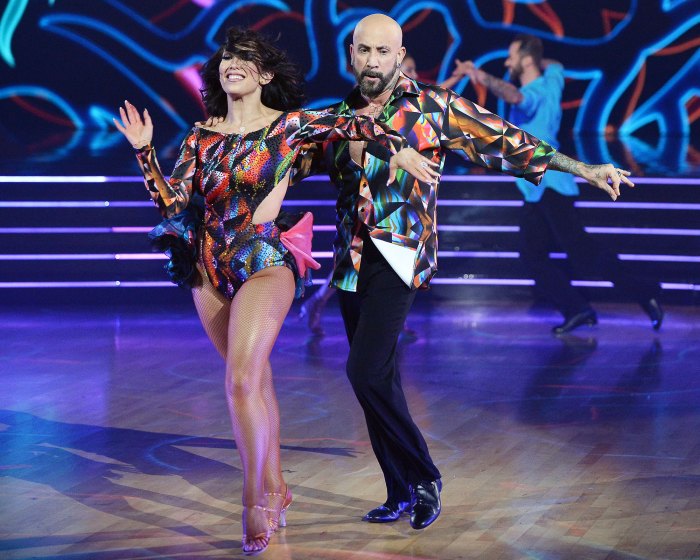 As they continue to build their partnership on the ballroom competition series, AJ and the Dance Moms alum have bonded over more than just their love of performing. In September, the duo revealed that their rehearsal time often turns into “therapy talk” instead.

“I always believe that people come into your lives because it’s either a reflection of who you are or who you want to be or who you’re trying not to be,” Burke told Us Weekly exclusively at the time, adding that AJ has been a “positive” influence in her life. “But there’s always this reason. There’s a reason for this energy and energy coming together. … AJ is just a reflection of who I am at times, which is someone who tries to control the situation. I’m seeing him and I’m like, ‘Oh, my gosh, this is what I do!’”

Celebs Who Lost Weight on ‘DWTS’: Before and After Pics Read article

The “Back Porch Bottle Service” singer agreed, noting that his and Burke’s shared struggles have brought them closer together during the tough competition.

“I’ve definitely grown since we started this just in my own [way],” he told Us. “I can relate a lot of what we talk about and what we do into my world of recovery, into my family life, into all of it. It’s a great, positive ripple effect.”