What goes around comes around. Jax Taylor‘s former Vanderpump Rules costar Charli Burnett appeared to take some pleasure in the fact that the SUR bartender is leaving the Bravo show.

The waitress tweeted a shady message that seemed to be addressing past drama between her and Taylor, 41. 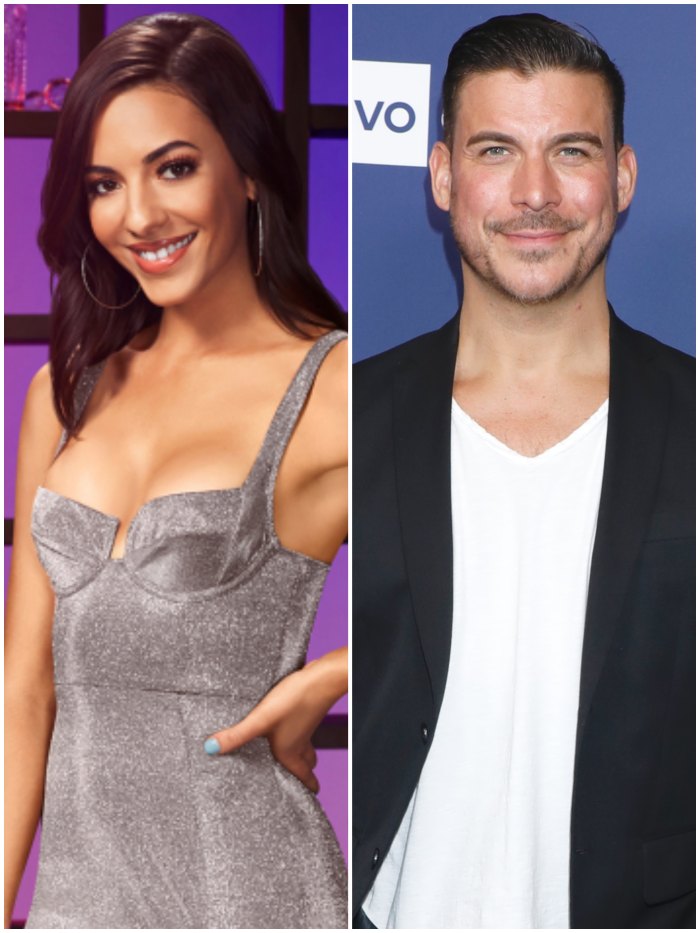 “I guess I know my role, and it’s employed,” she wrote along with a smiling emoji on Saturday, December 5.

I guess I do know my role, and it’s employed. 😉

Her comment appeared to reference a message that Taylor wrote in June: “Last time [I] checked, 50-year-old men are the only reason that chic[k] can survive in this town,” he wrote earlier this year. “Know your role sweetie. Don’t throw rocks in glass houses.”

During part one of the Pump Rules season 8 reunion that month, Burnett referred to Jax as an “old man,” a “bully” and “retired.” Taylor shot back that as a newcomer, she should learn “her role.”

“You are the most disrespectful person,” he added.

In part two of the reunion, Burnett said that she almost quit the show several times because she felt bullied by her costars. Taylor and Lala Kent dismissed her concerns with the bartender quipping, “Welcome to Vanderpump Rules.”

The aspiring model and actress’ tweet came one day after Taylor and his pregnant wife, Brittany Cartwright, announced that they were exiting the Bravo show.

“The last 8 years on Vanderpump Rules have been some of the most challenging, rewarding and fulfilling years of my life,” Taylor wrote on Friday, December 4. “Although this is difficult to share, Brittany and I will not be returning for another season of Vanderpump Rules. We are excited to take this time to focus on our growing family and share with you our new endeavors. @bravotv, @evolutionusa and our Vanderpump castmates will always remain close to our hearts. Thank you to all the fans who have shared our journey with us and supported us through everything. We love you.”

“Stay tuned,” he concluded. “We can’t wait for to share what we have planned. Have a great weekend.”

Taylor later detailed the reasons for their exit in the comments on his post, writing to a fan, “I am 41 with a baby on the way … was the best choice for my whole family.”

Former SUR employee Billie Lee, who appeared on season 6 and 7 of Vanderpump Rules, previously called for Taylor to be fired, claiming that he had refused to film with her “because I was trans.”