Colton Underwood and Cassie Randolph‘s lawyers attended a court hearing in California on Tuesday, October 6, less than a month after she was granted a restraining order against the former Bachelor.

Us Weekly can confirm that Underwood, 28, and Randolph, 25, were not present at the hearing, but their respective attorneys told the judge that both parties are “trying to resolve” the issue between the exes “amicably.” The judge agreed to extend Randolph’s court order until their next hearing on November 6. Earlier on Tuesday, news broke that Randolph filed a police report against Underwood for the tracking device he allegedly placed in her car.

Us confirmed on September 11 that Randolph took legal action against Underwood, accusing him of “stalking and harassing her.” In the court docs obtained by Us, the graduate student claimed the former football player sent her “unsettling text messages” and placed “a tracking device” on her car. She also alleged that he took “obsessive” walks to her Huntington Beach, California, family home and apartment. 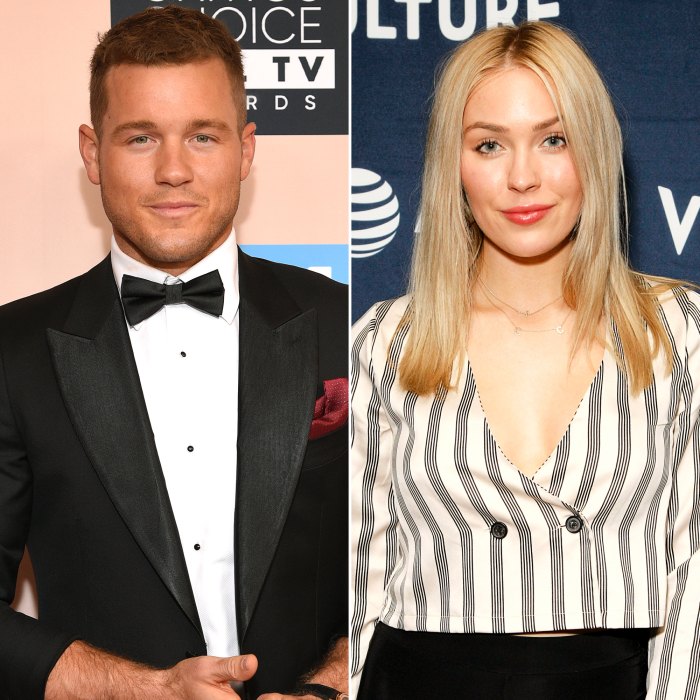 Three days after she filed, Us confirmed that Underwood was ordered to stay at least 100 yards away from Randolph, her house, her car and workplace. He was also ordered not to have any “contact, either directly or indirectly” with his ex.

Underwood and Randolph met while filming season 23 of The Bachelor, which aired in 2019. While the twosome announced their split in late May, Randolph revealed in the docs that they actually split in mid-April.

“Colton and I have broken up, but have decided to remain a part of each others lives,” Randolph wrote via Instagram on May 29. “With all that we have gone through, we have a special bond that will always be there,” she wrote. “I love Colton very much and have an enormous amount of respect for him. We have both learned and grown so much these past couple years, and will always have each other’s back. Always.”

During the summer, their split got messy after Underwood shaded Randolph’s decision to film an interview with Chris Harrison for a July episode of The Bachelor — The Greatest Seasons Ever!

Bachelor Nation Couples Who Have Split in 2020 Read article

“I didn’t see any harm in doing the interview, as I wasn’t going to dish out details about our relationship to them,” Randolph fired back at Underwood via Instagram at the time. ”It seems you are subtly engaging in a tactic that peppers in aggressive comments such as ‘that obviously changed this week’ in order to make me look like the bad one. I would also like to ask that you don’t cloud our great, 1 1/2 year relationship with a messy breakup.”

While Underwood claimed in August that they were back on good terms, Randolph unfollowed him on social media before the end of the month.