The cutest collab! Carrie Underwood’s 5-year-old son, Isaiah, joined his mom on her Christmas album, which was released last month.

“He loves to sing, and he has such a giving, loving heart about him,” the American Idol alum, 37, told Entertainment Tonight on Wednesday, October 28. “I could just hear his voice [in the song].” 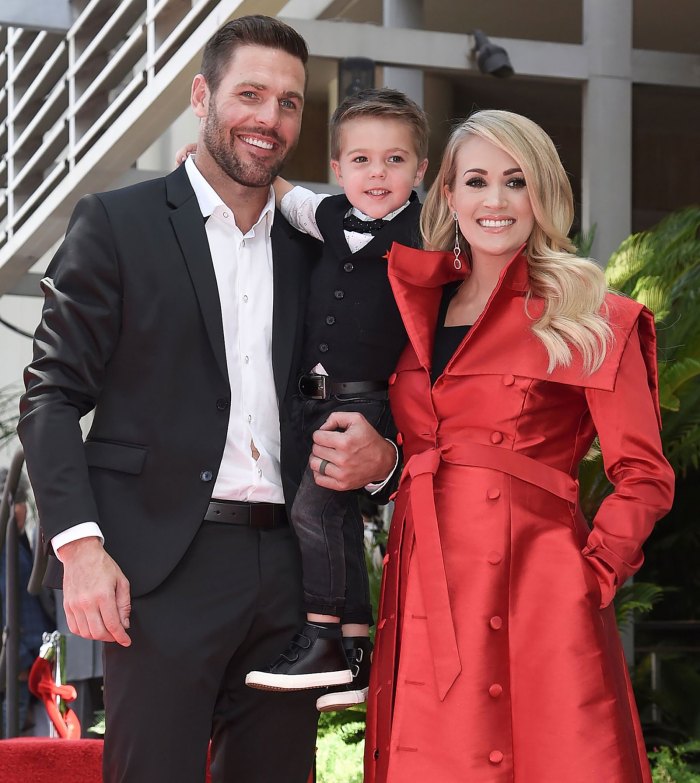 The Oklahoma native, who also shares Jacob, 21 months, with her husband, Mike Fisher, added that their eldest son gave the “Little Drummer Boy” performance “his all.”

Underwood explained to the outlet: “It’s so pure, and it’s so special. He’s throwing his hands in the air and [was] just so expressive when he was singing it. I was so proud of him, just for giving it his all and the love in his heart because he does love Jesus. At 5 years old, he knows, and he was giving all the love. I’m very proud of him.”

While the little one was “so happy” with the finished song, the Grammy winner noted that Isaiah was critiquing his work.

If Isaiah chooses to follow in his mom’s musical footsteps in the future, Underwood will “definitely be supportive.”

As for Jacob, the singer’s youngest child is a “critic,” she joked in June 2019. Underwood posted an Instagram video of her baby boy crying every time Fisher, 40, tried singing Vince Gill’s “I Still Believe in You.” Jacob only stopped when his mom chimed in, crooning the same song.

The professional ice hockey player defended his performance, writing, “He was hungry and wanted your food.”

He and Underwood tied the knot in July 2010 in Georgia.