Find her own way. Carrie Ann Inaba tweeted about finding peace after opening up about being “bullied” by Dancing With the Stars viewers.

“Happiness is where you choose to see it,” the choreographer, 52, wrote via Twitter on Tuesday, November 3, hours after opening up about fan backlash from the ABC show.

“Right about this time is when people start to bully me because of the way I judge people. I can’t believe it still happens as adults,” the DWTS judge said on The Talk on Tuesday, following backlash from the Monday, November 2, episode. “I want to tell people who bully: It doesn’t make me change the way I judge. I’m not about to change because you try to bully me. It only makes me stand stronger in my convictions and what I believe in.” 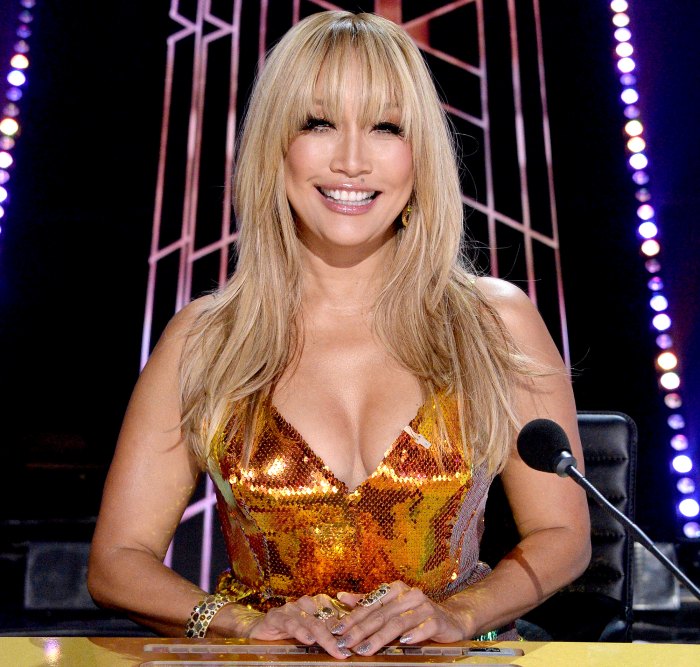 During the last two weeks of the competition reality show, the Hawaii native criticized Kaitlyn Bristowe and Artem Chigvintsev‘s routines. Viewers then promptly took to social media to question why she was so tough on the pair.

“Just so you all know, for all of you trying to bully me about it, I judge the way I judge from my background,” Inaba, who has been a judge since Dancing‘s 2005 debut, continued. “That is my job to do it and I will always do it based on my own conscience, not because you’re trying to tell me what to do.”

Some fans were quick to point out that Chigvintsev, 38, and Bristowe, 35, may have been getting tougher scores because of the professional dancer’s past with the In Living Color alum.

The pair met on the set of So You Think You Can Dance in 2006 and dated for two and a half years before splitting in 2009.

After the Monday, November 2, episode, Chigvintsev and the “Off the Vine” podcast host revealed that they were both confused by Inaba’s comments.

“At this point, it starts being a little personal,” the Strictly Come Dancing alum told Entertainment Tonight. “I feel it’s definitely, maybe not a different standard, but I feel like it’s different expectations. I don’t know. I’m watching back the dance itself, it’s like, ‘Oh, you can kick sharper!’ Well, I can say that about everybody who dances on the show today. I don’t know. It’s really odd.”

Bristowe added, “We’re good at accepting constructive criticism. We’re like, ‘OK, great, now let’s apply it. Thank you for the wonderful feedback.’ With this one, it’s like, ‘Huh? OK?’”