Cardi B Apologizes for Appropriating Hindu Culture on Magazine Cover 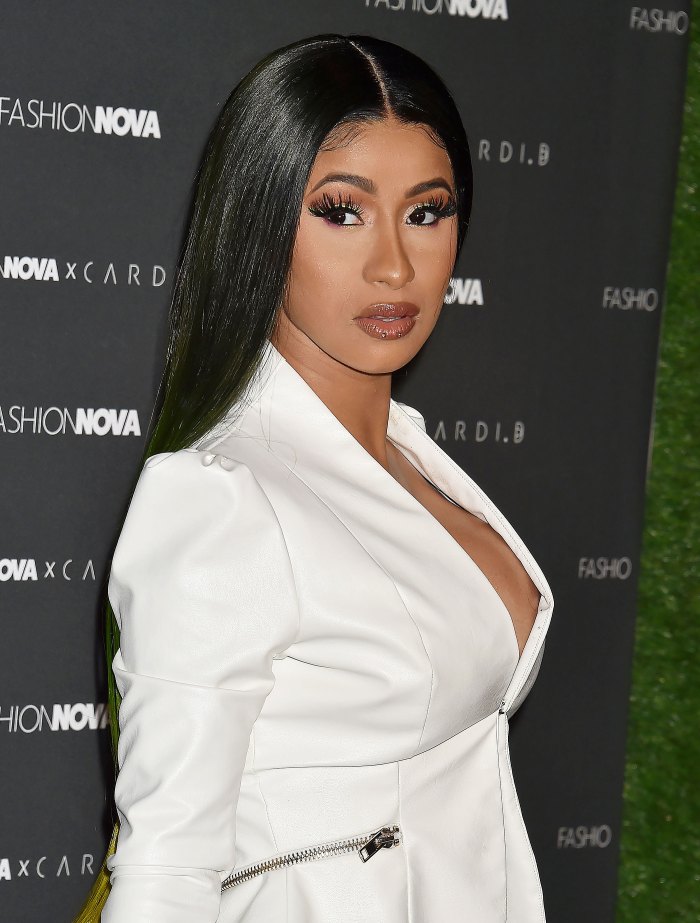 She’s sorry. Cardi B may be able to clapback when she’s unnecessarily criticized, but she also knows when to admit she’s wrong.

Earlier this week, the 28-year-old appeared on the cover of the November issue of Footwear News to promote her latest collection with Reebok. Photographed portraying the Hindu goddess Durga, she quickly received backlash for cultural appropriation.

“People are saying Cardi B is paying homage to our Hindu goddess Durga,” one Twitter user wrote. “So as a Hindu I want to say that: 1-Wearing a shoe in a temple is prohibited 2-Durga maa is not to be used as an aesthetic 3- Durga maa is NEVER depicted bare bodied 4-THIS. IS. NOT. HOMAGE. IT’S. DISRESPECT.”

The “WAP” rapper took to Instagram on Tuesday, November 10, to publicly apologize. “Sorry guys. I didn’t mean to offend or disrespect anybody’s culture,” she captioned an Instagram Story video. “I can’t change the [past] but I’ll be more cautious in the future.”

In the clip, she explained that the creatives on the cover shoot told her she was going to portray a Goddess that represents “strength, femininity and liberation, and that’s something I love and I’m all about.” However, she understands where her fault lies.

“And though it was dope, if people think I’m offending their culture or their religion I want to say I’m sorry,” the Grammy winner said. “That was not my intent. I do not like disrespecting nobody’s religion. I wouldn’t like people to offend my religion.”

From ‘Forbes’ to ‘Playboy,’ Check Out Kylie Jenner’s Most Iconic Magazine Covers Through the Years Read article

She continued, “I wasn’t trying to be disrespectful; maybe I should have done my research. I’m sorry, I can’t change the past, but I will do more research for the future.”

Along with the “I Like It” singer, the publication also issued an apology.

“Yesterday we posted content from our exclusive Cardi B cover shoot,” a statement to Us Weekly read. “One of the images was intended to pay homage to Hindu goddess Durga, and our intent was to show a powerful woman. However, we realize we were not considerate of certain cultural and religious perspectives and how this could be perceived as deeply offensive.

It continued, “We take full accountability for this oversight and we apologize, it is important we learn from this example and are sensitive to this sort of religious imagery when creative discussions are taking place in the future. Today, we’re releasing another cover from the shoot that was a subscriber exclusive.”