Returning to her roots? Cameron Diaz teased the possibility of her hitting the big screen in the distant future.

“I feel really resolved. I mean, I never say never to anything, first of all,” the Bad Teacher star, 48, shared on Naomi Campbell’s YouTube series, No Filter With Naomi, on Tuesday, October 27. “But I feel really resolved. I haven’t made a movie since 2014. It’s been a long time, it’s been seven years or six years since I made a film. Girl, I am OK with that.”

Diaz got her start as a model at 16 years old, which she told Campbell was her ticket out of her hometown of Long Beach, California. Years into her modeling career, the Longevity Book author’s commercial agent reached out to her about an acting gig that wound up being opposite Jim Carrey in The Mask. The 1994 film was her first-ever acting role at 21. 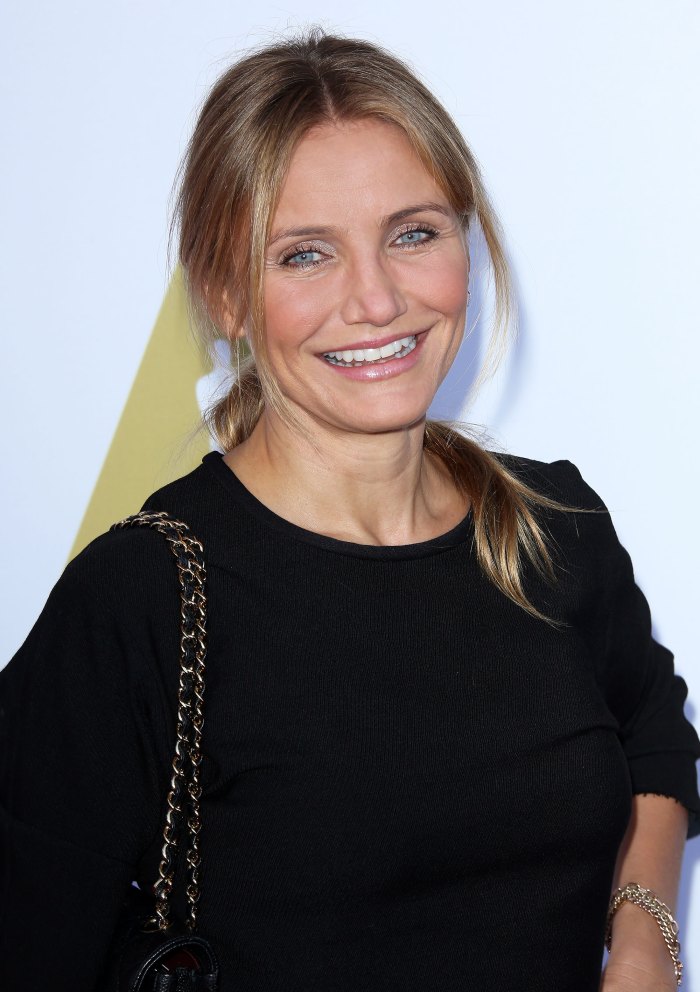 From there, Diaz would go on to have a booming movie career that included starring roles in There’s Something About Mary, the Charlie’s Angels franchise and the Shrek film series. The four-time Golden Globe nominee’s final film occurred in 2014, where she played Miss Agatha Hannigan in the critically panned Annie remake. Nearly four years later, she confirmed her retirement from acting.

“There’s no part of me that’s like, ‘I gotta get back in front of the camera’ or anything like that. ‘I gotta go act!’ I don’t feel that way,” she explained to the 50-year-old supermodel. “That’s not to say I won’t someday, but I’m very resolved in where I’m at right now.”

In August, the Gangs of New York actress explained that she’s found “peace” since leaving her acting days behind her and has prioritized “taking care” of herself.

“It’s so intense to work at that level and be that public and put yourself out there. There’s a lot of energy coming at you at all times when you’re really visible as an actor and doing press and putting yourself out there,” she explained to Gwyneth Paltrow for Goop. “I’m sensitive to some energies and not others, but I do get the overwhelming energy of the attention being put towards me. I stopped, I really looked at my life, and I saw what I had been [missing].”

Celeb CEOs: Stars Who Run Their Own Businesses Read article

Diaz also said that she didn’t feel like her life was her own, adding: “When you’re making a movie, it’s a perfect excuse. They own you. You’re there for 12 hours a day. For months on end, you have no time for anything else. I realized I handed off parts of my life to all these other people and they took it.”

“I think there’s something in our DNA that gets triggered — just clicks on — when you become a parent,” she said during her Drew Barrymore Show appearance last month. “You have to make sure that they survive. They go on.”