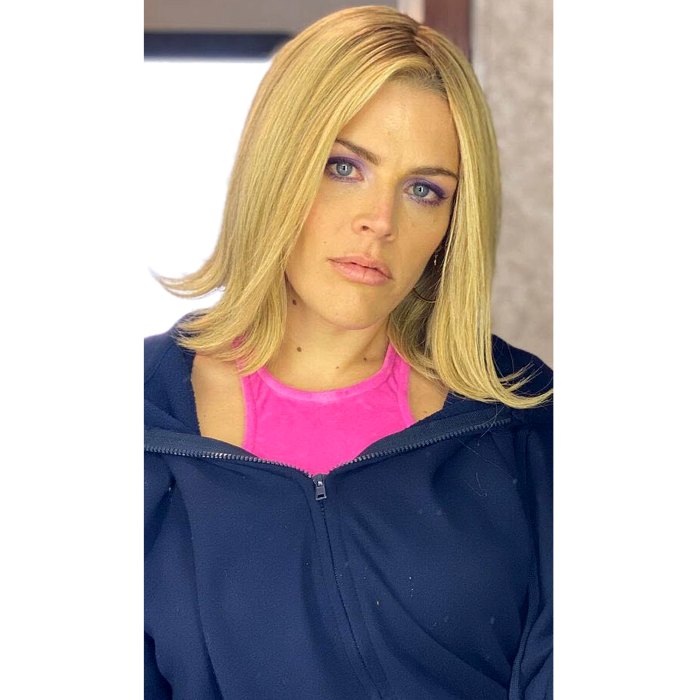 There’s nothing like nostalgia! Busy Philipps had a clear vision of what she was going for when shooting throwback scenes for her upcoming role in Girls5Eva. And it’s pure perfection.

On Thursday, December 3, the 41-year-old posted a side-by-side pic of herself. The shot on the left is a more recent pic of the actress in her trailer, while the other one appears to be an old headshot of a younger Philipps. But there’s one thing that both these images have in common: a flipped-out hairstyle.

“I had a VERY specific idea of what one of my Girls5Eva character’s late 90s/early 2000s ‘flashback’ hair styles should be,” she wrote in the accompanying caption. “And my hairdresser on Girls5Eva Rachelle made it happen.”

Wigging Out! Stars Are Mixing Up Their Hair Looks With Wigs Read article

But it wasn’t until later on that she picked up on where the inspo had come from! “And then I realized where my inspiration had come from…early 2000s me. 🤣😭✨”

And why not? After all, her work on Freaks and Geeks as well as Dawson’s Creek pretty much cemented her in the pop culture lexicon of the early aughts.

When one fan asked, “How do you look younger now than you did then?!? 🔥” Philipps replied, “because sometimes your outside has to catch up to your inside ❤️.”

The series Girls5Eva is a comedy produced by Tina Fey for NBCU’s Peacock. It follows a ‘90s girl ground that reunites after claiming their fame with a one-hit-wonder.