Britney Spears: ‘I’m the Happiest I’ve Ever Been in My Life’

Britney Spears has a message for fans: She’s stronger than yesterday.

“Hi. So, I know that there have been a lot of comments and a lot of people saying a lot of different things about me, but I just want to let you guys know that I am fine,” the Grammy winner, 38, said in an Instagram video on Monday, November 2. “I’m the happiest I’ve ever been in my life, and I’m sending all of you guys a lot of prayers, wishes and a lot of love.”

Spears recorded the video as fans continued to express concern for her well-being amid the #FreeBritney movement, which started in April 2019 after the Princess of Pop announced an indefinite work hiatus and spent one month in a mental health facility. As the campaign picked up steam on social media, fans began calling for an end to the conservatorship that Spears has been under since February 2008. 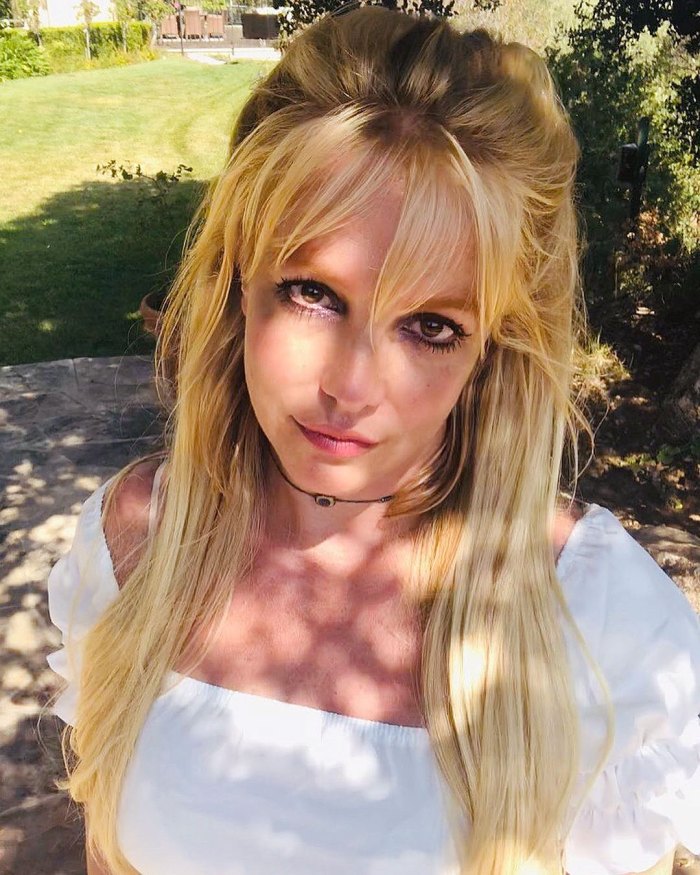 The “Toxic” singer, who is unable to make personal or financial decisions without the approval of her court-appointed conservators, acknowledged #FreeBritney for the first time in court documents filed by her attorney Samuel D. Ingham III in September.

“At this point in her life when she is trying to regain some measure of personal autonomy, Britney welcomes and appreciates the informed support of her many fans,” Ingham said at the time, noting that Spears is “vehemently opposed” to her father, Jamie Spears, keeping “her legal struggle hidden away in the closet as a family secret.”

Britney and Jamie, 68, have been locked in a court battle for months as she seeks to loosen the restraints of her conservatorship. In an August court filing, she stated that she is “strongly opposed to having [Jamie] return” as her conservator after he stepped down in September 2019, citing “personal health reasons.” Jodi Montgomery, a licensed fiduciary in California, was temporarily appointed after Jamie left his role, and Britney has said that she “strongly prefers” having Montgomery on the case.

“There has been significant improvement in Britney’s overall medical treatment plan, which has been attributed to no longer having her father in charge of her personal life,” a source exclusively told Us Weekly in August.

Ingham filed court documents in September to request approval to hire more lawyers to help the Crossroads star in her court battle against her dad. After the judge ruled in Britney’s favor the following month, Ingham said the move “has already provoked a massive change.”

Britney, who shares sons Preston, 15, and Jayden, 14, with ex-husband Kevin Federline, has not released an album since August 2016 or performed on stage since October 2018.

Read More: Britney Spears: ‘I’m the Happiest I’ve Ever Been in My Life’