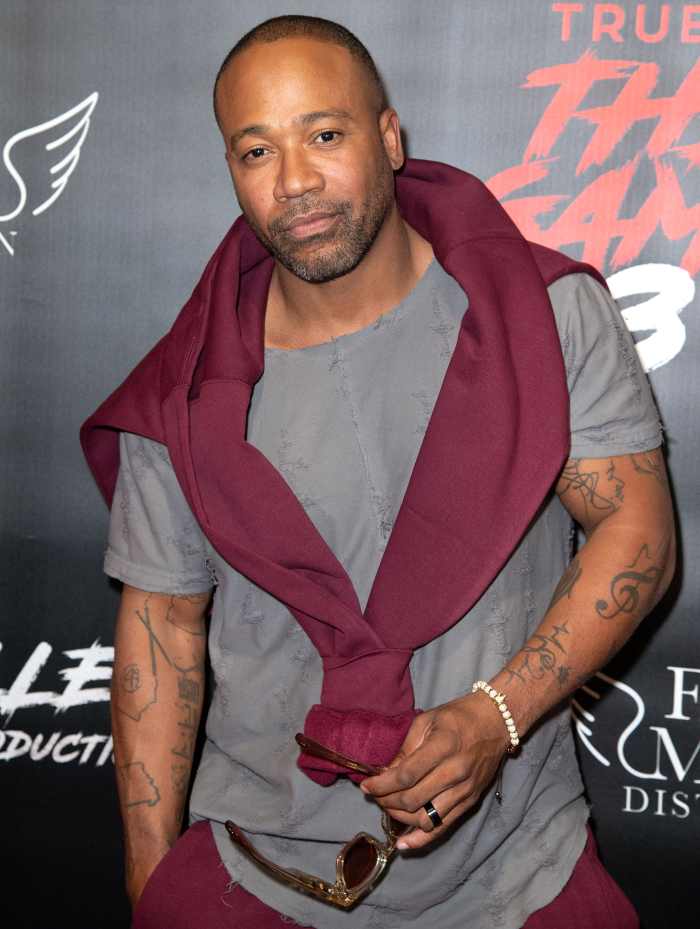 “That’s huge. I think she’s finally gonna find her happy,” the Scandal alum, 39, told TMZ on Thursday, June 9, after a reporter told him that the Grammy winner, 40, was set to wed the model, 28. “Finding your happy is important. She found her happy.”

The Cadillac Records star claimed in his 2020 memoir, Short Stories, that he and Spears briefly dated in 2003 while he worked with her as a dancer and producer. The following year, the “Toxic” singer wed Kevin Federline, with whom she shares sons Sean Preston, 16, and Jayden, 15.

“Let her get her happy on,” Short continued on Thursday. “She deserves it. She entertained us for years. She gave us record after record, videos after videos, tour after tour — let the girl get her happy on.”

The Crossroads actress and the Hacks alum tied the knot on Thursday in California after five years together. “I am very ecstatic this day has come,” a rep for Asghari told Us Weekly after the ceremony. “I know he wanted this for so long. He is so caring and supportive every step of the way. I am so grateful to have Sam in my life and can’t wait for the future they will build together.” 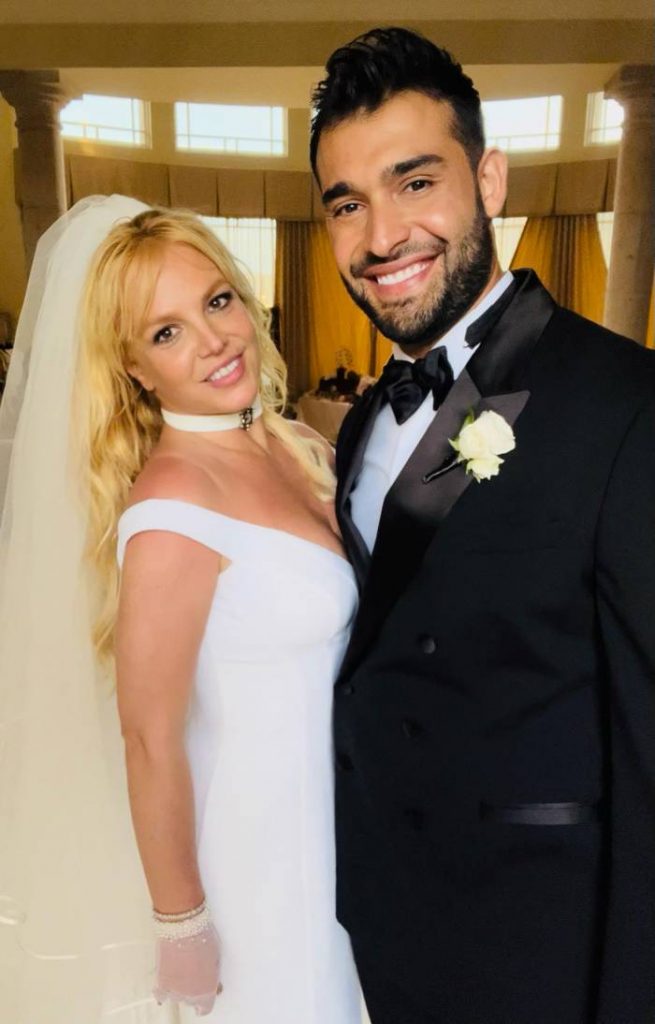 Neither of Spears’ parents, Jamie and Lynne Spears, were present at the event. Her sister, Jamie Lynne Spears, and her brother, Bryan Spears, also didn’t attend the nuptials, which took place around 8:30 p.m. PT.

There were, however, a few famous faces in attendance, including Madonna, Selena Gomez, Drew Barrymore and Paris Hilton. The socialite, 41, attended with her husband, Carter Reum, and her mom, Kathy Hilton. During the afterparty, the Confessions of an Heiress author joined Britney for a rendition of “Stars Are Blind.”

The “Lucky” songstress and the Can You Keep a Secret? star got engaged in September 2021. Three months after Asghari popped the question, an insider told Us that Britney didn’t plan on inviting any of her family members to her wedding.

“Britney can’t wait to get married and truly start her life,” the source added in December 2021. “They’ve already begun planning, and she is so happy she gets to finally make these decisions.”

Britney Spears and Sam Asghari: A Timeline of Their Relationship Read article

Earlier this year, the couple announced they were expecting their first child together, but in May, Britney confirmed that she suffered a miscarriage.

“It is with our deepest sadness we have to announce that we have lost our miracle baby early in the pregnancy,” read an image shared on both Britney and Asghari’s Instagram profiles. “This is a devastating time for any parent.”

The Dollface alum later confirmed that he and his partner plan to keep trying for a baby. “We will be expanding our family soon,” he wrote via Instagram last month. “We are taking things positively and moving forward with our future.”