Braunwyn Windham-Burke, Husband Sean Pose for Holiday Photo After She Comes Out

Merry and bright! Braunwyn Windham-Burke and husband Sean Burke cuddled up with five of their seven children for a Christmas photo shoot days after she came out as a lesbian.

“Happy Holiday!! Thank you @stylemyholidays for creating this beautiful, safe winter wonderland!!” Braunwyn, 43, captioned her holiday photo on Saturday, December 5, which also featured Santa. “We haven’t missed a year with Santa in 20 years, and I was so excited when I discovered this magical place in my own backyard!!! #winterwonderland #familyiseverything #magical #rhoc #newportbeach #santa.”

Sean shared a second photo from the festive shoot alongside the couple’s youngest children, Jacob, 15, twins Caden and Curren, 7, Koa, 5, and Hazel, 2. The pair are also parents to daughters Bella, 20, and Rowan, 18, who were not in the photos. 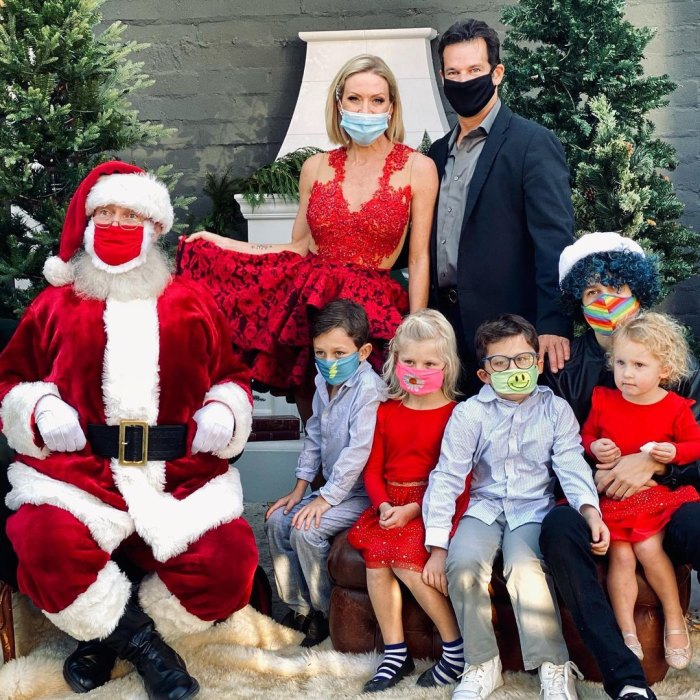 “Happy Holidays! Apparently they all made it on the ‘nice’ list!” he captioned the snap.

After receiving negative comments on her family’s holiday photo, Braunwyn clapped back at haters by posting a sexy photo of herself on Instagram.

“Okay, you’ve all got a lot of opinions about what’s going on in my life, so instead of writing them on a cute Santa photo with the kids, you can write them here,” she captioned the photo of herself wearing a black gown that showed off her slim figure on Sunday, December 6. “Get it out and then we can move on. #youdoyou 🌈💕❤️💋.”

The Real Housewives of Orange County star’s comments came after she publicly announced that she is a lesbian on Wednesday, December 2. 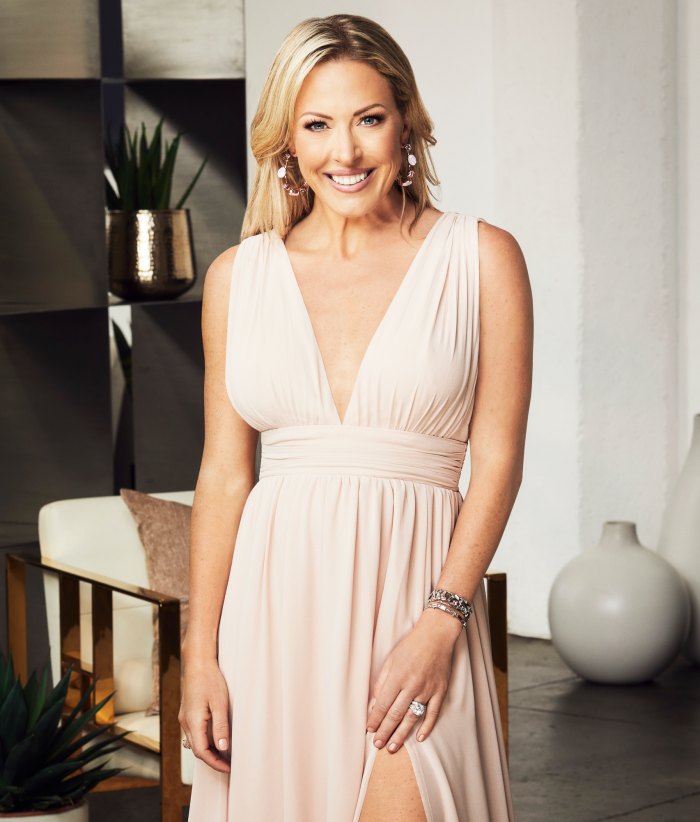 “I’m still getting used to it … I knew I was attracted to women. I got married very young and I never thought about it. So, to be 42 … I’m just now starting to feel like I’m becoming the woman I was supposed to be,” Braunwyn told GLAAD at the time. “So, for me to be living completely authentically and say, ‘I’m a lesbian. That was who I have always been.’ This isn’t something that is new ‘cause that I think is what a lot of people will think. ‘Oh, suddenly you’re one.’ No, I’ve always known it. But it took me personally 42 years to be comfortable enough in my own skin to say that.”

Hours later, the reality star seemingly introduced fans to her girlfriend, Kris, sharing a photo of the pair on social media. She posted a pic with the blonde woman alongside a rainbow flag and pink heart emoji on her Instagram Story.

Sean, who has been married to Braunwyn since 2000, showed his support for his wife on his Instagram Stories as well. “I love you. I’m proud of you. And I support you. Always,” he wrote.

The mother of seven noted in her GLAAD interview that her husband of 20 years has met Kris and that “we go to parties together” and they have had her over to dinner with her kids.

“It’s only as weird as you make it,” she added.

Braunwyn told Us Weekly exclusively in October that she was seeing someone “special” and that “things are really good in our house right now.”

The Bravo star added: “I love Sean. Sean loves me. We have every intention of staying together. We are very honest in our communication. There are just some things that I have discovered about myself that I wanna explore a little more and he’s very supportive.”