And the drama continues. Braunwyn Windham-Burke did not hold back when a fan asked her for her thoughts on Kelly Dodd‘s recent claim that she had faked her alcoholism.

“I’ve learned through others that when people have a hard time with me being sober it’s more about their own issue. Were people in my life telling me to ‘clean up my act,’” the Real Housewives of Orange County star, 43, wrote via Instagram on Sunday, December 6. “Hell ya, I was black out drinking most days….did I get sober for the show? Maybe, I knew we were filming soon and I was scared to have what happened the year before (I don’t remember some scenes.) Is there a doubt in anyone’s mind who knows me I’m an alcoholic? No. It’s low, but she’s pretty vile and cruel so it’s not unexpected.”

It didn’t take long for Kelly, 45, to see the comment, posting a screenshot on her Twitter account. “More lies !!! The truth is coming !! You are Tamra 2.0 with your manufactured story lines… you’ll be exposed soon. Vile & cruel? Look at your ET interviews!” she tweeted on Sunday, adding the hashtag “#pathetic.” 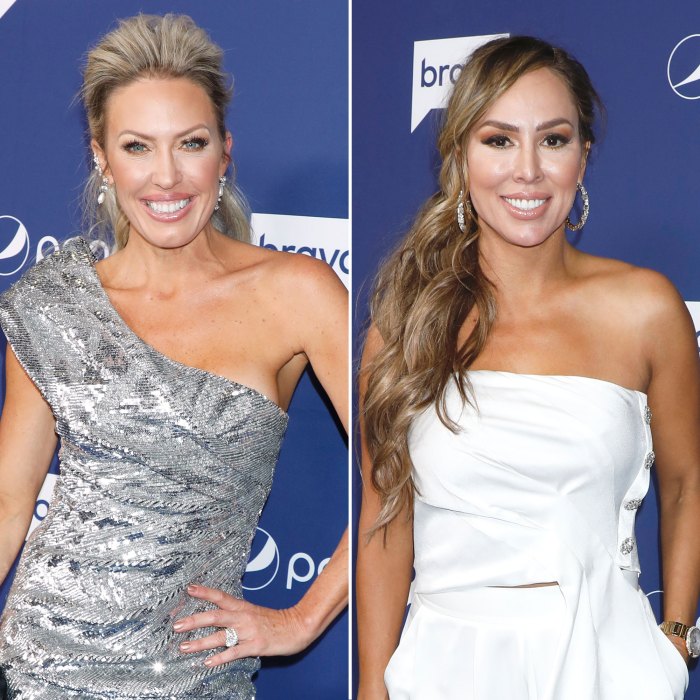 During a recent episode of Watch What Happens Live With Andy Cohen, Kelly revealed she didn’t believe her costar was actually going through a battle with sobriety.

“I think that her whole sobriety thing is contrived, and I think it’s fake. I don’t think that she had seven kids so she could ‘not drink’ and I know her well enough that this was a pre-plotted thing that she wanted to do to get her own show,” she said at the time. “She wanted to get her own show, her talent agent told her to stop drinking. It’s all contrived. I don’t believe that she is a real alcoholic, no. You’ll see it after on at the end of the show, what happens. It’s really good.”

Kelly responded by telling the CUT Fitness owner to shut up, and added, “You got fired because you are a liar!! Stop obsessing about the show you are acting like Gretchen [Rossi]. … You don’t even have cable and will work on the show for half price you told [Jeff Lewis] … concentrate on your pyramid scheme CBD line … you are washing up!! #fired #attentionseeker #desperado #liar #loser.”

Tamra, who left the show earlier this year after 12 seasons, then asked fans to continue to forward any of Kelly’s additional comments, writing, “The only thing she got correct is I don’t have cable, I have app TV. The rest is a total lie! I’d be very careful spreading lies about our business … #Attorneynotified.”

On Sunday, the Positive Beverage owner also responded to a question about Tamra’s comments. “Tamra is buddying up with Braunwyn hardcore as a way to get back on the show she wouldn’t be giving her the time of day if Braunwyn wasn’t a cast member lol,” she wrote.