A subliminal message. Nicole Poturalski shared a cryptic quote after news broke of her split from Brad Pitt.

“Hang in there just for a little bit longer,” the model, 27, wrote via Instagram on Wednesday, October 28, alongside two stunning photos of herself lounging in bed.

Earlier in the day, Us Weekly confirmed that the Oscar winner, 56, and Poturalski had quietly gone their separate ways.

“Brad and Nicole have been over for a while now,” a source exclusively told Us. “They had a short-lived relationship that was never too serious.” 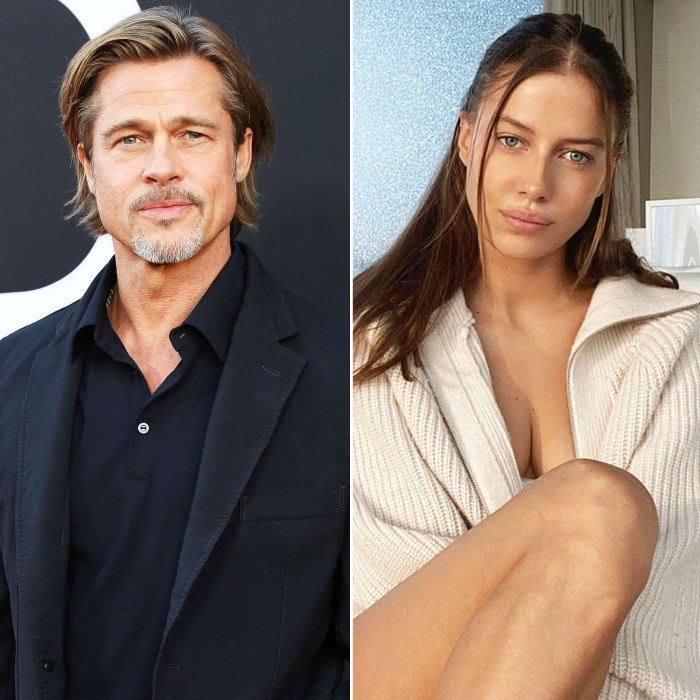 The former couple were first spotted together in November 2019 as they attended Kanye West’s opera performance at the Hollywood Bowl in Los Angeles with Pitt’s friend Alia Shawkat. Us confirmed in August that the actor and the Germany native were dating after they touched down at Paris–Le Bourget Airport and headed to Château Miraval, the estate in the South of France that he and then-girlfriend Angelina Jolie purchased in 2008. (The Mr. & Mrs. Smith costars went on to marry there in 2014.)

“Taking Nicole to Miraval on their former wedding anniversary, Brad knows exactly what he is doing and the reaction it’s going to get from Angelina,” an insider exclusively told Us at the time. “He just doesn’t care if Angelina is going to lash out. He expects she will.”

Us reported in September that Pitt and Poturalski, who have a 29-year age difference, had a “go-with-the-flow” type of relationship, with a source noting, “Nicole’s not running around yelling about her love for Brad from the rooftops.” She was, however, vocal about critics of their romance.

“I have been wondering since forever why people leave hateful comments?” she wrote on her Instagram Story earlier this month. “Why? What is the benefit? Just in general, I want to understand the train of thoughts [sic]. It’s just so rude and sad for those commenting.”

The Ad Astra star started seeing Poturalski ahead of his and Jolie’s trial over custody of their children Pax, 16, Zahara, 15, Shiloh, 14, and twins Knox and Vivienne, 12. (They also share Maddox, 19, who is legally considered an adult.) The Maleficent star, 45, filed for divorce from Pitt in 2016 after two years of marriage.