Back out there. Brad Pitt is “casually dating” again amid his battle with Angelina Jolie over Château Miraval, an insider exclusively reveals in the new issue of Us Weekly.

“He’s going out on dates and having fun,” the source says of the Bullet Train actor, 58. “He is surrounding himself with a small group of trusted friends and family, and he tries to take breaks whenever possible.”

The Oscar winner has kept a low romantic profile since his September 2016 split from Jolie, 47. He was linked to Arrested Development alum Alia Shawkat in 2019, but an insider told Us at the time that the duo were “just friends.”

The following year, the Oklahoma native briefly dated Nicole Poturalski, but the pair called it quits in October 2020. “Brad and Nicole have been over for a while now,” a source told Us at the time of Pitt and the model, 29. “They had a short-lived relationship that was never too serious.”

According to the first insider, fans aren’t likely to find out much about the actor’s future partners until the romance is already well established.

“Brad keeps his dating life very private between himself and whoever he’s dating, especially if it’s casual,” the source explains. “But when it’s serious those closest to him will know.”

The Once Upon a Time in Hollywood star and Jolie were declared legally single in April 2019, but the former spouses are still hammering out the details of their split. Earlier this year, Pitt filed a lawsuit against his ex-wife over Château Miraval, the French estate and winery they owned together during their marriage. 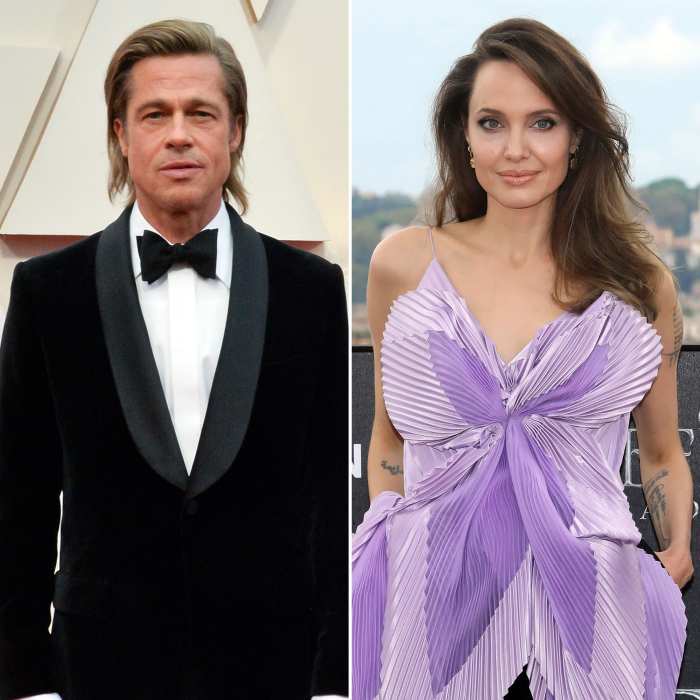 The Unbroken director sold her stake of the business in October 2021 to Tenute del Mondo, which is the wine division of the Stoli group owned by Russian businessman Yuri Shefler. In his lawsuit, Pitt alleged that Jolie made the sale without his knowledge or consent. The court docs also claimed that Shefler is “an aggressive third-party competitor” who will undermine the Babel actor’s remaining stake in the business.

“Brad was never given the option to buy Miraval,” an insider told Us last month. “He would have gladly made a generous offer, but that was never afforded to him.”

The twosome are also still locked in a custody battle over their minor children: Zahara, 17, Shiloh, 16, and twins Knox and Vivienne, 14. (The former spouses also share Maddox, 20, and Pax, 18.)

In May 2021, Judge John Ouderkirk ruled in favor of the duo sharing custody, but two months later, the judge was removed from the case. Jolie had repeatedly petitioned for his removal, alleging that Ouderkirk had undisclosed personal and professional ties with Pitt.

The Ad Astra star later petitioned to review Ouderkirk’s removal, but the California Supreme Court denied his request in October 2021. “Brad will not give up the fight,” an insider told Us in April, claiming that Pitt thinks his ex “will never agree to joint custody and is going to run out the clock until the kids are 18.”

For more on Pitt’s next moves, watch the video above and pick up the new issue of Us Weekly, on stands now.