A Friday night escape. When Blue Bloods returns with its 11th season, it won’t be tackling the issues of 2020 in the same way that other dramas have, so don’t expect to see the CBS series’ New York City streets flooded with masks.

“I’ve seen shows kind of go two ways with it. Right? I’ve seen shows who really embrace masks and stuff like that. And we are not,” Bridget Moynahan, who has portrayed Erin Reagan on the series since its 2010 debut, said on the Tuesday, December 2, episode of Us Weekly’s “Watch With Us” podcast. “We’re going to touch upon some things within a story line, but we are not expressing COVID at all with masks or anything. It seems like they’ve made the conscious choice of coming back to Blue Bloods as we’re coming back to the stories we like to tell and that our fans like to hear. We’re coming back to the family table. And so we’re kind of going ahead with what we’ve done.”

Although Eddie (Vanessa Ray) does have an arc that deals with the virus, Blue Bloods will mostly take place in a post-COVID world. Additionally, while other police-centric series have inserted the Black Lives Matter movement into their series, Blue Bloods is not. 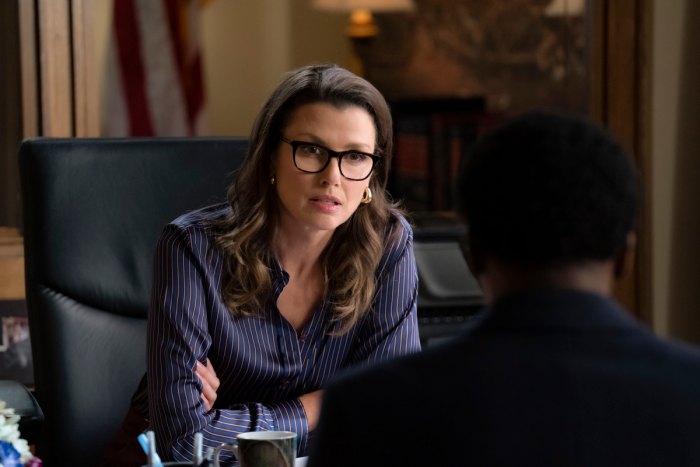 “I think that the show, in general, has really done a good job over the past 10, 11 years of telling those relevant stories,” the New York native said. “The Reagans have really strict codes and values and morals. So I feel like the show has addressed those all along. I think it’s going to be still true to the story but it’s art. Blue Bloods isn’t going into a real cop situation — it is a fictional thing. It’s fictional story lines.”

Moynahan continued: “We’re going to address all of those elements, whether it has to do with race or particular laws or whatever the story is, we’re going to address it — not only in a procedural way but in that human element. We’re coming from all the different directions from the law — from the police to a human being being affected by it to someone on the street or at the table. So, I think that’s what the beauty of the show is: You get it from all different angles.”

At the heart of Blue Bloods is the family, which will continue in the new season — and expand with the addition of the late Joe Reagan’s son, Joe (Will Hochman), who was introduced at the end of season 10. One person who may not show up in season 11? Erin’s ex-husband, Jack (Peter Hermann), who pops in every now and then — and is probably the reason Erin hasn’t moved on. 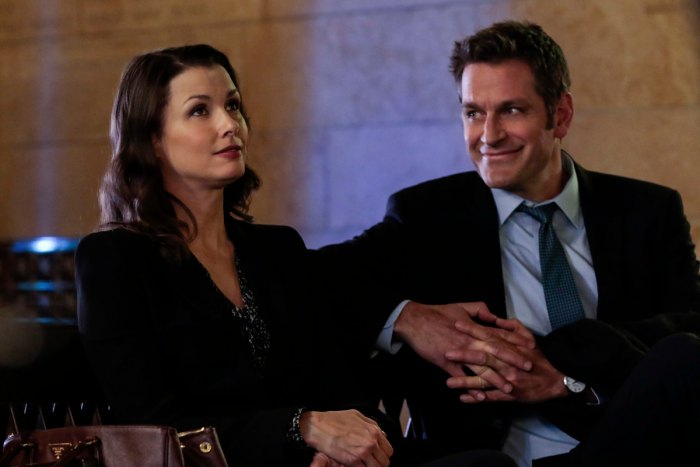 “I would love [to have him back], but I don’t know,” the Coyote Ugly alum said, noting that he may not be allowed to come to set during the pandemic because he’s also on the Younger set. “Every time he graces our set, everybody is thrilled to see him. And it just adds that spark and dimension to Erin’s life that you don’t often get to see.”

As for if Erin could get another romantic love interest down the line, that won’t be easy. “You have Jack as the bar. I mean, nobody comes close to him,” she said with a laugh. “Literally, honestly, if you could give me a suggestion, I’m happy to play it around in my brain. But really, who’s better than him?”

For more from Moynahan, listen to the full podcast above and subscribe to the “Watch With Us” podcast for more exclusive TV news and interviews.