Feeling grateful! Blake Shelton took a moment to gush about his new fiancée, Gwen Stefani, at the 2020 People’s Choice Awards on Sunday, November 15.

While accepting the award for best country star, Shelton made sure to thank his fans for their support. The “God’s Country” crooner, 44, then gave a special acknowledgment to his longtime love.

“Thank you to my new fiancée, Gwen Stefani,” he said. “That’s S-t-e-f-a-n-i, if you need to Google it to figure out who she is. Thanks for the inspiration and I love you guys, thank you.” 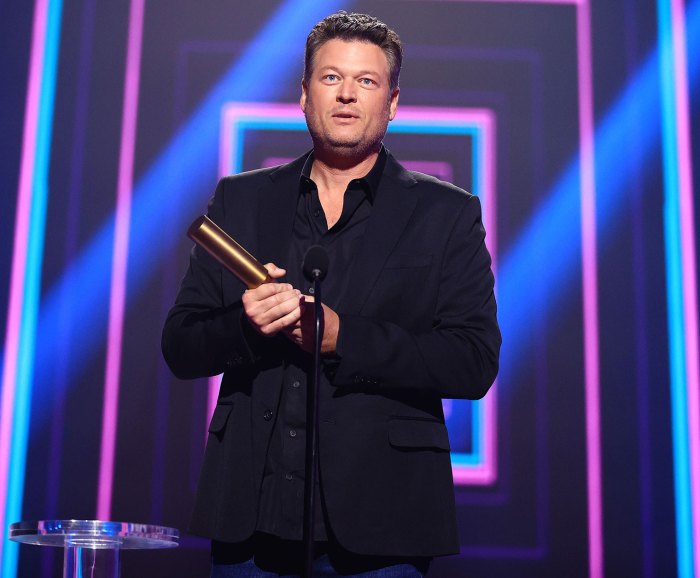 Shelton previously raved about Stefani, 51, at the 2019 ceremony while receiving the same honor. “Gwen Stefani, I love the s–t out of you,” he said at the time.

Us Weekly broke the news in November 2015 that Shelton and Stefani were officially dating. Their relationship came after the duo announced their respective splits from Miranda Lambert and Gavin Rossdale earlier that year.

The Voice coaches announced their engagement last month via Instagram. At the time, the twosome shared the same snap of themselves smooching while the “Hollaback Girl” singer flashed her new diamond sparkler. 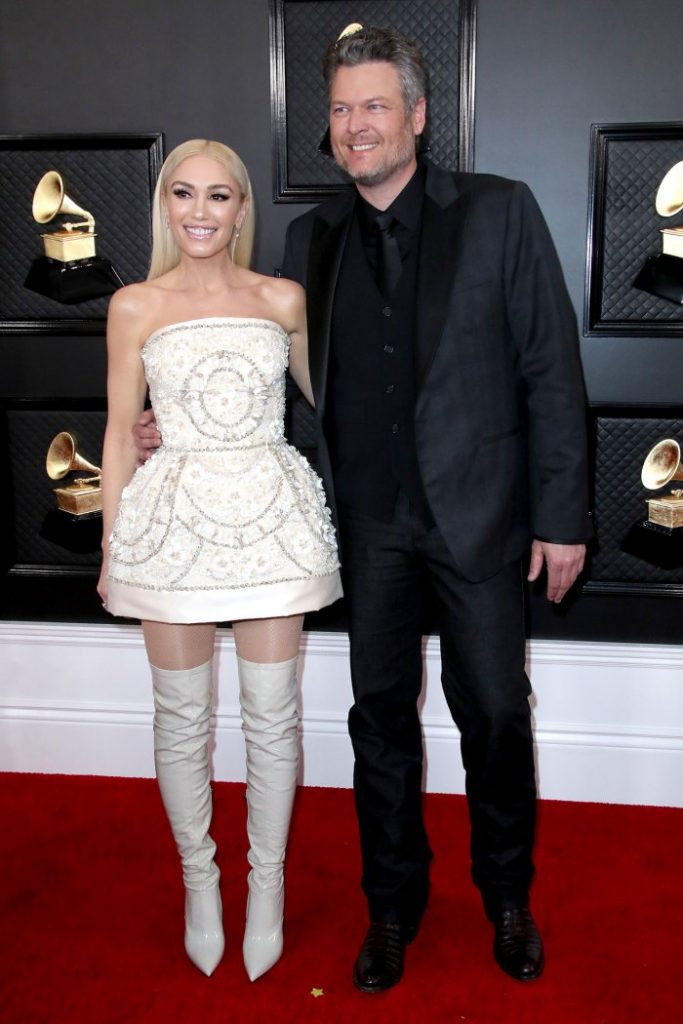 “@blakeshelton yes please! 💍🙏🏻 ,” she captioned her post, while her longtime beau wrote, “Hey @gwenstefani thanks for saving my 2020 … And the rest of my life. I love you. I heard a YES!”

A source told Us that Shelton is eager to wed Stefani. “Blake is just ready to be married and wants it to happen very soon,” the insider exclusively revealed. “Don’t be surprised if it happens by the end of the year.”

Leading up to the proposal, the “Happy Anywhere” collaborators had been negotiating their prenup. “They have been in prenup talks for a few months. The process has been extremely effortless,” a source said, adding that there have been “no hiccups, or outrageous demands” from either side.

The No Doubt frontwoman shares sons, Kingston, 14, Zuma, 12, and Apollo, 6, with Rossdale, 55. In the past, Stefani raved about what a “good dad” Shelton is to her three boys.

Stefani’s sons with the Bush rocker “look up to Blake in a big way,” a source told Us in August. “He’s earned their respect as a father figure. He’s gone from being their friend to being a serious parental influence.”