Blake Lively Trolls Ryan With Her ‘Favorite Things’ From His Hometown

Sweet and savage! Blake Lively trolled her husband, Ryan Reynolds, while paying tribute to the things she loves most from Canada.

The Gossip Girl alum, 33, revealed on Thursday, December 10, that four of her “favorite things in the world” come from Vancouver, Canada, which is Reynold’s hometown. She proceeded to post two photos to her Instagram Story, the first of which showed three desserts. 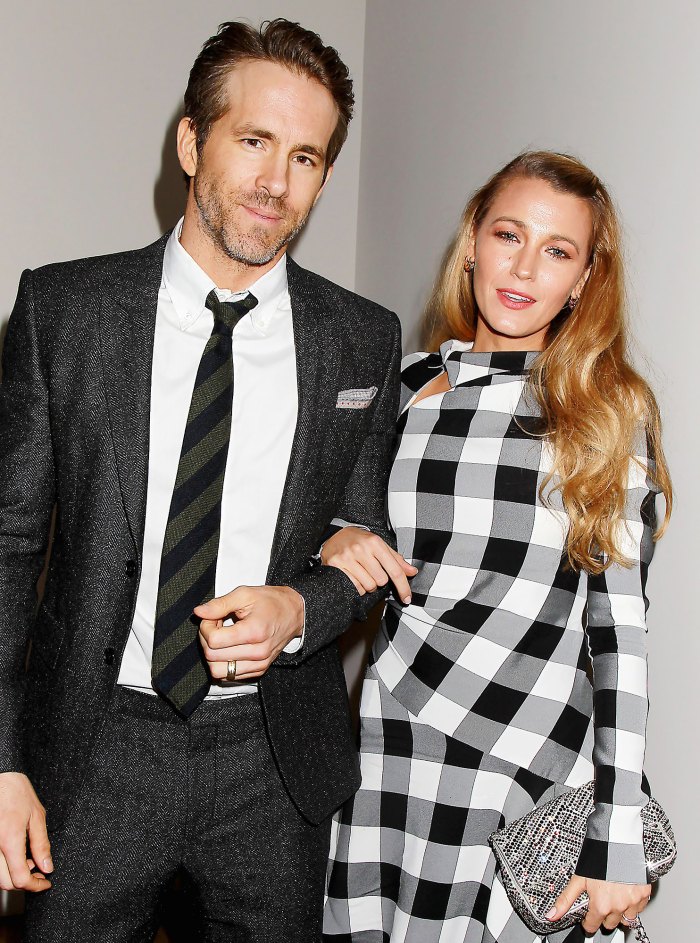 Lively identified ice cream from Rain or Shine Ice Cream shop, doughnuts from Cartems and pie from the A la Mode Pie Café as her go-to treats. The second photo revealed that she also loves … a variety of desserts from Ask for Luigi.

“And the 4th of course is @askforluigi,” she wrote alongside the photo of cake, cookies and more from the restaurant. “…Who did you think I was gonna say??” 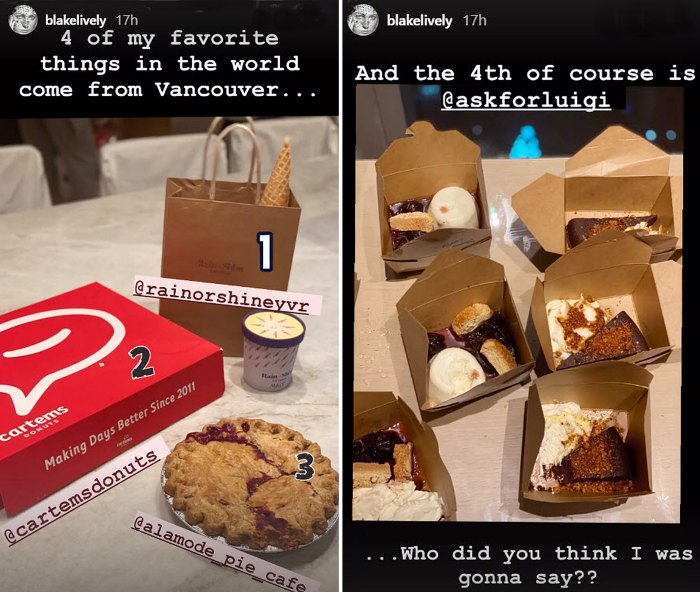 The Age of Adaline actress did, however, give her Canadian husband, 44, a shout-out by adding a Deadpool gif in the corner of the photo.

The couple, who have been married since 2012, have a history of poking fun at one another. Two months prior, the Shallows actress trolled her husband while celebrating his birthday.

“1) Who is the lost soul that selects birthday PIE,” she captioned a series of photos of Reynolds blowing out candles on a pie in October. “2) What ANIMAL eats their cake (pie) without first blowing out the candles. @vancityreynolds that’s who.”

Reynolds shared a series of unflattering photos of Lively on her birthday in August 2019. All of the pictures he included showed the birthday girl with her eyes closed or partially cropped out of the frame.

After eight years of marriage — and many jokes at each other’s expense — a source told Us Weekly that the couple are “more committed to their marriage” than ever before.

“Blake and Ryan have had their ups and downs like any couple, but overall, they’re very solid,” the insider said earlier this month. “Blake and Ryan are two extremely proud and private people and keeping their relationship low-key and off radar is what’s worked so well for them over the years.”

Read More: Blake Lively Trolls Ryan With Her ‘Favorite Things’ From His Hometown