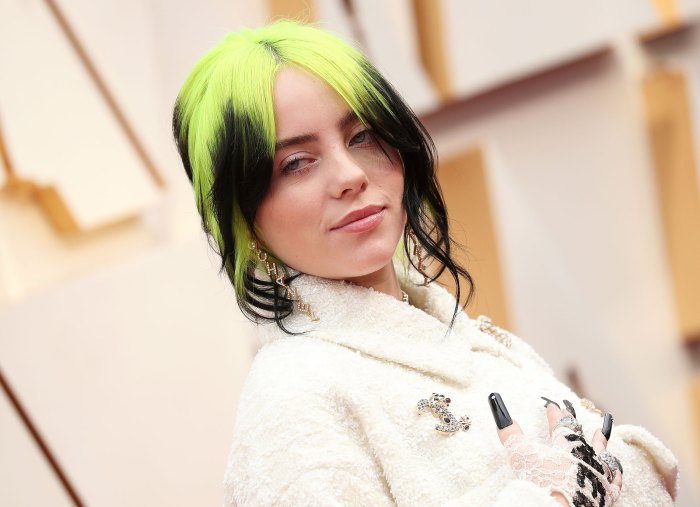 Sneaky! Billie Eilish reveals that she got a secret tattoo. What’s the design? Where did she place it? We’ll never know!

On Monday, November 30, Vanity Fair released the fourth installment of the singer’s “Time Capsule” video interview. In the 27-minute clip, the 18-year-old songstress says she got new ink within the past year. But that’s about all we know about it. She didn’t share any placement or design details and we’re not sure she ever will!

“I did get a tattoo,” the “Bad Guy” singer revealed in the video. “But you won’t ever see it.”

The Grammy winner is known for being quite cryptic when it comes to her appearance. It’s part of the reason she wears her clothes so loose fitting.

From Magazine Covers to the Red Carpet, Check Out All the Times Stars Tricked Fans With Fake Tattoos Read article

In a 2019 Calvin Klein ad, the performer said she chooses baggy outfits is because she doesn’t want anyone seeing or critiquing what’s underneath. “Nobody can have an opinion because they haven’t seen what’s underneath. Nobody can be like, ‘she’s slim-thick,’ ‘she’s not slim-thick,’ ‘she’s got a flat ass,’ ‘she’s got a fat ass.’ No one can say any of that because they don’t know.”

She has a point, seeing that every time she does show a bit of skin she receives some sort of backlash. For instance, at the start of this year she posted a picture of herself in a bikini while on vacation that was widely discussed.

“I saw comments like, ‘How dare she talk about not wanting to be sexualized and wear this?!’” Eilish told Dazed magazine in the Spring/Summer 2020 issue. “It was trending. There were comments like, ‘I don’t like her anymore because as soon as she turns 18 she’s a whore.’ Like, dude. I can’t win.”

She took her body positive message even further, shooting a short film called “Not My Responsibility,” in which the “Bury a Friend” singer responded to body shamers through spoken word while stripping down out of her black hoodie.

Read More: Billie Eilish Reveals She Got a Tattoo This Year That We’ll Never See