He had a good run. Enzo Palumbo is in “good spirits” even after coming in second place during the Big Brother: All-Stars finale on Wednesday, October 28.

The insurance adjuster, 42, lost out to Cody Calafiore in a unanimous vote after Cody evicted former winner Nicole Franzel and decided to bring his fellow Jersey guy to the final two with him. 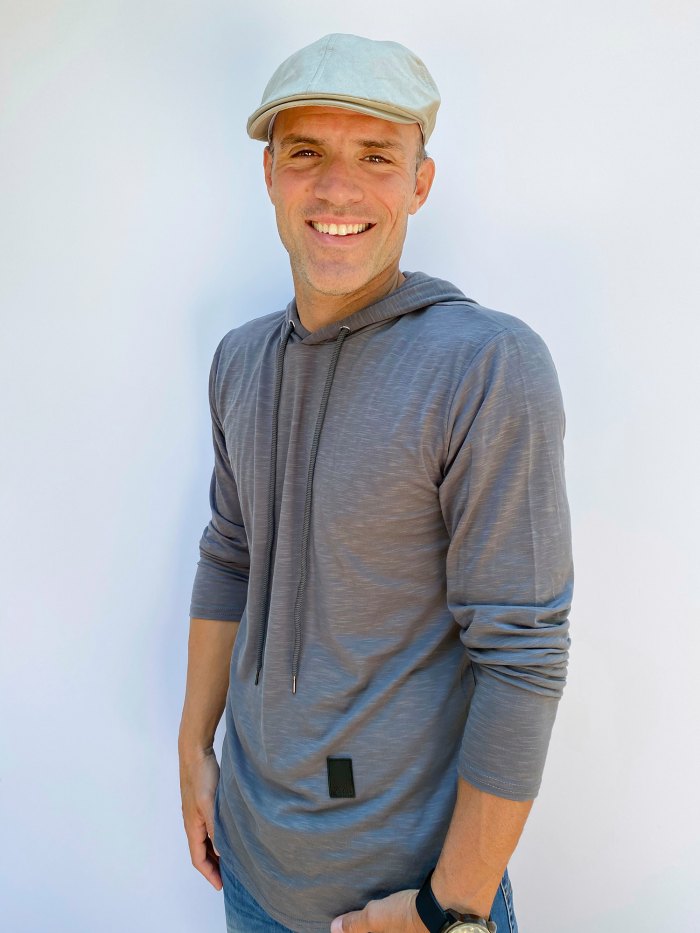 Enzo and Cody were aligned early on in the season, calling themselves “The Root.” And although he wasn’t in the majority alliance of “The Committee,” Enzo’s social game kept him safe throughout the season.

Enzo talked to Us Weekly right after the finale about who he thought would vote for him, whether he would have beaten Nicole in the end and more potential scenarios. Check out the interview.

Us Weekly: How are you feeling? You seem in good spirits.

Enzo Palumbo: I am in good spirits. I wish I would have won, of course. $500,000 is a lot of money. I could’ve done a lot of things with that. But again, Cody was a beast. He was a beast, and I knew it was hard, sitting next to him. I felt like I was answering my questions better than him, so I felt like maybe I could finagle some votes, but look man, the jury was not bitter. They were people who played this game before, they knew this game, and they were going to give it to the person who did it for the beginning to the end. He was awesome. He was awesome.

Us: Were you surprised he cut Nicole? When did you realize he was going to take you to the end?

EP: To tell you the truth, the last couple days, I wasn’t sure. I was just like, “This guy. He’s always hanging out with this one.” I love Nicole. But I’m like, “Look, she’s won this before. She’s been in the final two.” That’s why I let a couple of days go by. But I knew what he was doing just in case if she won, that she was going to take him. I was like, “Bro, you know I love you, bro. You gotta take me. She’s won. Don’t let her mess your head up, please.” So I felt like today … I got in his face today and I was like, “Bro, what’s the deal, man?” He’s like, “Yo, I got you. I got you, trust me.” So I was very scared that he was going to throw this last HOH. I was very terrified that he was going to throw it just because I felt like he knew she was taking him. And I was scared that he was going to do that. And then I was done because she wasn’t taking me. She was not taking me, which was crazy. I don’t understand why not. You know what I mean?

Us: Well you didn’t win, but you did place higher than your first season.

Us: Your social game was really impressive, one of the best, for sure.

Us: Was there anyone in particular on the jury that you thought maybe you had their votes?

EP: Maybe Tyler would throw me a vote. Maybe Da’Vonne would throw me a vote. I don’t know. Just something. I thought I’d get at least two votes. I mean, because look, what I did too, was pretty spectacular. You know, 85 days of not being on a block, not being a target. To me, on an all-star season, that means a lot, man. That means a lot. If I’m in the jury and I see someone did that, I’m like “This guy made it all the way to the end and wasn’t a target.” I think they just wanted someone [who won] a little bit more comps, got a little bit more blood on his hands. And he did that and he survived too. He didn’t make it on the block either. So I think no matter which way I went with it, he had me, whatever I said.

Us: Talk about how you felt losing that last HOH. You were obviously really upset.

EP: I feel bad because I embarrassed myself, you know? I’m like, “What am I doing here? What am I doing?” You know, 37 minutes [compared] to four minutes. I lost it. And that’s the first time I’ve ever lost it on BB. I cracked, and I just felt bad for people who were excited, like, Enzo’s in a final three again. This time he won himself into the final three. Maybe he’s down now to win these comps and take himself to the final two. Maybe he’s going to take himself to the final two. And I felt like I let people down that thought I could do it, especially my family. And it wasn’t a good moment for me, but I think it was good TV though. It was a little good TV at that point. It is what it is. I cracked. I’m human. It is what it is.

Us: How do you think it would’ve played out if you were against Nicole?

EP: I think I would have beat Nicole. Just for the fact that she’s won it [already]. I understand she could have used the whole, “I was a target from the beginning and I won, this and that.” I don’t know. I think I could have beat her. I think I could have beat her. And obviously, she thought so too because she wasn’t taking me. She didn’t want nothing to do with me, at all. And I’m like, “You’re taking this guy, who’s won the most HOHs, the most POVs, never been on the block. He got rid of you on season 16. And now you’re taking him over me?” I’m like, I must be doing something. I mean, you gotta be scared of me. You know what I mean? If she did win that last HOH, I was going to make her admit that. I was like, “Why are you not taking me? I want to know exactly why you not taking me.” Because I knew she wasn’t taking me. So I wanted to hear, “You got the greatest social game of all time.” I want, “Everybody loves you.” I wanted to hear that from her.

Us: She was truly shocked he didn’t take her.

EP: I was like, “Girl, you won this already.” I was like, “Let me get a chance at this thing.” That’s why I was like tearing up a little bit when I had to talk to Cody right in front of her. I was like, “Yo, I saved her for you. Everything I did in this game was for you, bro. Don’t cut me. I’ve never been in these seats on finale night. No, don’t do this to me.” You know? I looked right into his soul. I looked into his soul and I was like, “Look at me, I’m withering right now. You better take me, man. I’m crying on national TV. You better take me.” That was a great moment because we were all crying at that time. She was tearing, he was tearing. I was just like ready to tremble. So it was crazy. I would never have thought me, 10 years later to be in that position, just crying like that. It was special for me.

Us: Who would you have voted for if it was Nicole versus Cody?

Us: Who would you have taken if you won the final HOH?

EP: That’s a good question because I do love Cody. But I knew there was no way I was beating Cody. So if I do win this last HOH, I think I’d take Nicole, which is crazy. But it did seep in my head and it was in my head for a while. I’m like, “What if I do win this last thing? What am I doing? To me, Nicole was $500,000. I wanted no part of Cody. But I think in the end, I might’ve just took Cody because I was loyal to him. I only had a final two deal with him and then Memphis made one with me, but I didn’t care about it. Cody was my guy from day one.

Us: Talk about the triple eviction and not voting to evict Nicole. How do you feel about that, looking back?

EP: This week, I was like, “Did I do the right thing? Did I not do the right thing?” I’m telling you this right now, if I get rid of Nicole there, I think Cody’s probably going probably maybe two weeks from there. Cody’s gone. I’m probably sitting next to Cody and he’s gone over me. So now, do I win comps against these other people in his house? I don’t think I win against Tyler. I don’t think I win against Memphis. So I don’t think I get to the end of this game without doing that move. I just don’t. I showed to Cody that look, bro, I’m saving her for you. I showed it to Nicole. I saved you. You owe me because I felt like Nicole was going to win something. I felt like she was going to win an HOH. She was going to win a POV, something to protect me because Cody was in her ear. I know Cody was in her hear and Cody was protecting me. So by doing that, I protected Cody. And by doing that, Cody protects me. So that’s why I did that. Dave to me was he was a liability at that point. He was not winning nothing. He took the $10,000 and they used him as a pawn. Whatever big target was in the house, they were putting up against Dave and that person was gone. So I was like, “I got to get rid of David at this moment.” I had to think quick on my feet. I went against Tyler and Christmas, which was smoothed over anyway. They weren’t really mad at me anyway. It worked out, I think, because I got to the end.

Us: Will you play Big Brother again?

EP: I mean, if people want to see me again, you know what I mean? I think I have another one left in me. I know if I do come back, it’s going to be crazy because now I did this twice, third and second place. So I will be at target, and I think I’ll be fun because now I’ll have enemies, and you will see a different side of me that I’ve never really showed. So I think it’ll be fun if I get to do it again because I think I’m going to be in people’s faces and they’re going be in my face, and you’ll see, I’ll have enemies, finally.