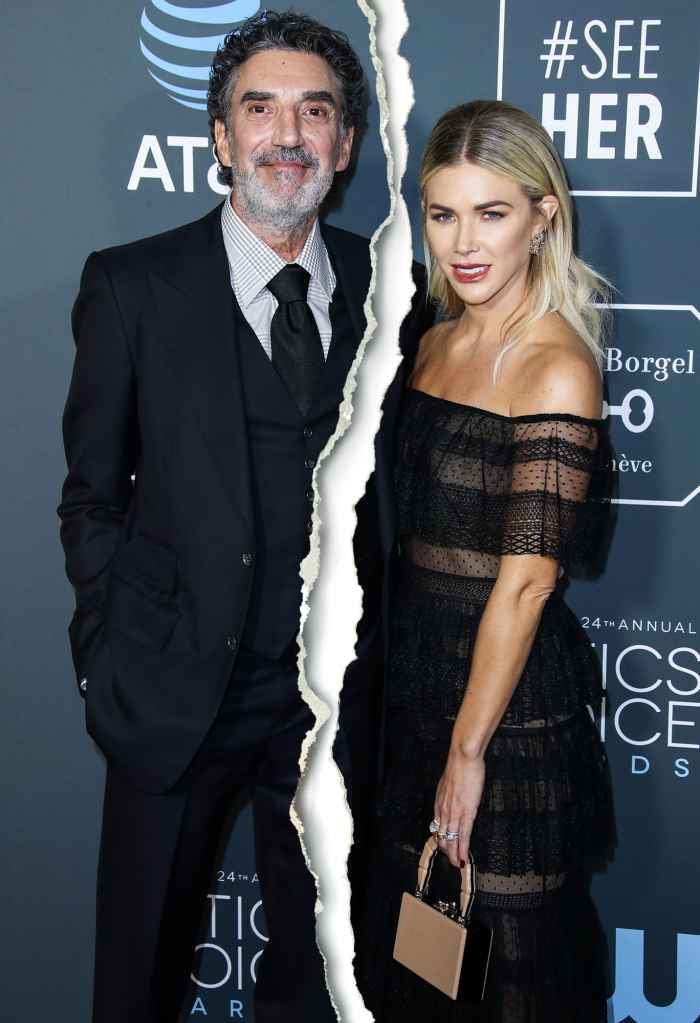 “It is with mutual consideration and respect that we have decided to separate,” the estranged couple told Variety in a statement on Friday, July 22. “Our plan is to move forward in different directions but with great love, admiration and gratitude for the time we shared. We ask that you respect our privacy during this difficult time. Thank you for your support.”

The Big Bang Theory creator, 69, has already filed for divorce from the YouTube personality, 36, according to court docs obtained by TMZ. Per the paperwork, Chuck and Arielle — who tied the knot in September 2018 — previously signed a prenuptial agreement and listed “irreconcilable differences” as the reason for their split.

While neither Chuck nor the “Blonde Files” host have further discussed their split, he has previously been a frequent guest on her podcast as they’ve gushed over their “amazing” connection.

“I like your relentless ambition,” the TV writer said of his now-estranged partner during a March 2021 podcast appearance. “I thought you were dazzling [when we first met] and a source of joy. You struck me as a warm and joyful person, and that was very attractive. That, and you wore something off-the-shoulder and your shoulder killed me! It was a one-two punch of joyfulness, sweetness, warmth and the shoulder.”

The Two and a Half Men producer was previously married to Paula Smith between 1979 and 1992, with whom he shares daughter Nicole and son Asa. Chuck was later married to Karen Witter between 2001 to 2010.

“I love that the body of work is sustainable. I didn’t set out to make Kleenex. We all set out to make silk hankies that you can wash and use again,” the Brooklyn, New York, native previously told Variety in June. “And I love that, every once in a while, I will watch a Two and a Half Men rerun when Angus [T. Jones] was really little, and there was stuff I’d completely forgotten.”

He continued at the time: “Making these shows is very much a communal activity. I’m making four shows? Not a chance. That just can’t happen. That’s a recipe for failure. Because it’s just too hard. It’s too hard to do one show every week unless you surround yourself with smart people.”