They may be in a serious relationship, but Peter Weber and Kelley Flanagan aren’t rushing to get engaged.

“We are loving continuing to get to know each other, having lots of great adventures and growing together,” Flanagan, 28, told Entertainment Tonight in an interview posted on Monday, November 16.

Over the weekend, rumors began circulating online that the pair secretly got engaged. Although she didn’t completely shut that down the rumor, she added, “We are very happy.” 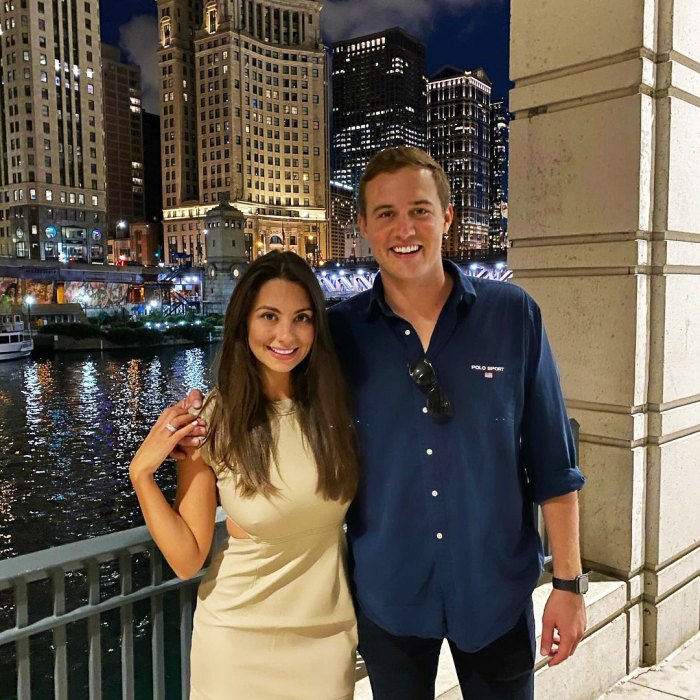 Flanagan first appeared on Weber’s season of The Bachelor but didn’t make it to the hometowns. The pilot, 29, briefly got engaged to Hannah Ann Sluss on his finale but broke it off shortly after and reignited his relationship with runner-up Madison Prewett. They split two days after the March finale aired.

A month later, Us Weekly exclusively broke the news that Weber and Flanagan are dating. In October, a source confirmed to Us that the couple are very serious and planning a future together.

“Kelley and Peter are planning to move to New York in January for Peter’s job. In the meantime, they are looking to get a house in Chicago as an investment,” the insider said at the time. “They are very in love, serious and committed to one another.”

Despite the drama that happened during his season of The Bachelor — and that he sent the attorney home during week seven — the duo really connected following the show���s end and their families both approve.

“They each get along with each other’s families so well and it just feels natural,” a source said in July. “They’ve seriously been talking about moving to NYC together and are excited about taking these next steps and their future.”

The Bachelorette alum’s mom, Barbara Weber, also shed light about their relationship at the time. “They’re going to do this day by day,” she told Life & Style magazine. “Now, basically, it’s just enjoying each other’s company and getting to know each other more. … To me, that’s just the greatest gift — to see him so involved and so in love and so happy. He’s just over the moon and he always tells me that she’s the best thing that’s ever happened to him.”