L-bombs dropping all over the place! Tayshia Adams got real about her feelings toward her suitors as one castoff returned to confess his love during the Tuesday, December 8, episode of The Bachelorette.

Tayshia first had to settle her two-on-one date with Bennett and Noah. She ultimately sent home Bennett because she felt he was questioning her integrity by saying Noah did not stand a chance with her and she didn’t like his condescending tone with others. Tayshia admitted the move didn’t feel right to her, but she went through with it. 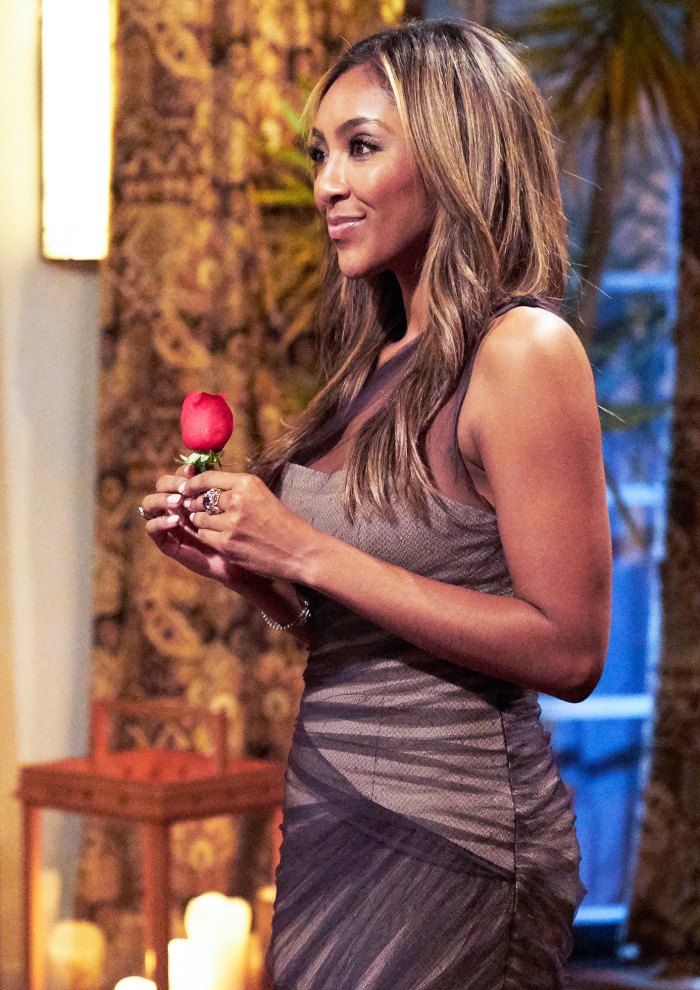 She then decided not to give Noah a rose yet because she didn’t know if he was ready for marriage and he seemed to be at the center of all the drama. Instead, she asked him to wait around for the rose ceremony. When all was said and done, Tayshia gave Noah a rose and eliminated Demar, Spencer and Ed.

The remaining men felt the pressure as Tayshia selected whose families she would meet during “hometowns.” Ben got a one-on-one date, during which he and Tayshia completed a fun scavenger hunt. She was hesitant to give him a rose, though, because he had not opened up to her. At her urging, Ben revealed that he had two failed suicide attempts in recent years. He explained the work he has done on himself to overcome his past, and Tayshia extended a rose to him, noting, “I truly love Ben.” 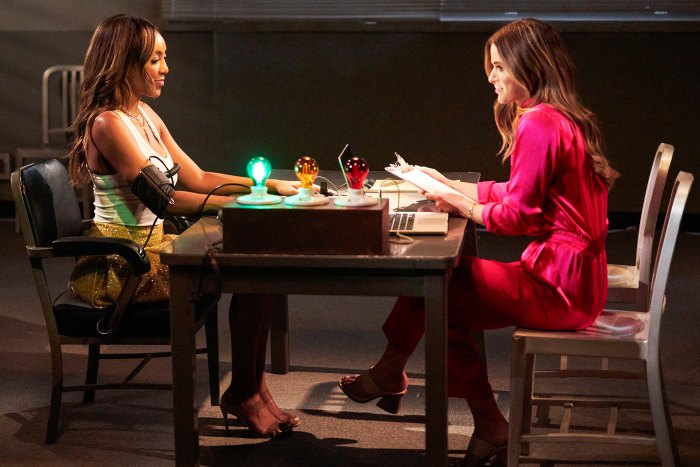 Tayshia and fill-in host JoJo Fletcher then interrogated her suitors with a lie detector test during a group date. Tayshia saw a few red flags, including Zac admitting he had cheated before, Brendan seemingly fibbing about wanting her to meet his family and Riley not knowing his own name.

However, Tayshia cleared up her questions at the afterparty. Zac “cheated” on his middle school girlfriend by kissing another girl. Tayshia told Zac she was falling in love with him after his confession. Brendan was reluctant to let Tayshia meet his loved ones because of his history of divorce, which she understood. Riley, for his part, legally changed his name after a falling out with his father, after whom he was named.

Tayshia — after revealing she was falling for multiple men — was torn between them during the group date, so she chose not to hand out the rose. When she returned to her room, Bennett was waiting outside for her. He wanted a second chance and said “I love you,” leaving her speechless and asking if she could take the night to think about it. Tayshia considered asking him to return but wondered how her suitors would react.