Bachelorette Tayshia Adams Calls Out Bennett for Questioning Her Integrity

Not here for the games. Tayshia Adams did not stand by the petty drama during the Tuesday, December 8, episode of The Bachelorette.

The former phlebotomist, 30, told off Bennett Jordan when taking he and Noah Erb on the dreaded two-on-one date, earning her Here for the Right Reasons’ “Unfiltered Moment of the Week.”

After Noah, 25, and Bennett, 36, couldn’t stop bickering, she jumped in and told them they were acting like they were in high school. She first pulled Bennett aside to ask if he had ever questioned her integrity, which he denied. 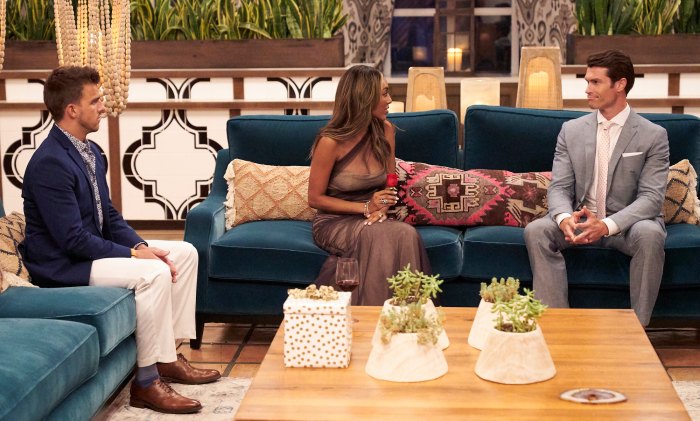 She then explained that he did question her, simply by telling Noah that there’s a “zero percent chance” she would pick him in the end. “You don’t have the right to tell somebody else that I will not end up with them,” she told Bennett. In turn, he told her that Noah was lacking “emotional intelligence.”

Ultimately, the California native chose to send Bennett home, leaving him shocked. Tayshia wasn’t sure she made the right decision, especially when she reentered the room to see a very happy Noah. “That wasn’t a victory for you by any means,” she told him.

At the end of most two-on-one dates, one man is sent home and the other is given the rose. Noah, however, wasn’t given a rose until that night at the rose ceremony because she wasn’t 100 percent sure he deserved one. Even so, he survived another week, along with Brendan, Riley, Blake, Ivan, Ben and Zac.

Later in the episode, however, Bennett wanted to prove how much he cared — so he came back.

“Our goodbye felt so bizarre, so surreal, I couldn’t even fathom what just happened. I was thinking about all these things that I wasn’t able to share with you, sometimes you don’t realize things until they’re gone,” he told the shocked Tayshia. “And I realized in that moment that I love you.” 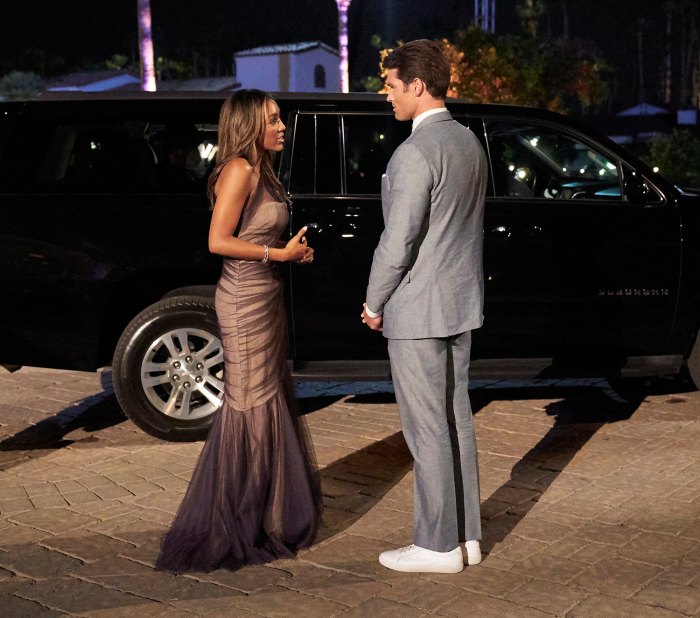 She was left speechless and he explained that he didn’t want to go without explaining his true feelings. “You have every ounce of my heart, right here,” he continued. “I don’t use that word lightly. And I’m not expecting anything from you, but if there’s an ounce of you that still would like to explore our relationship and continue on a journey, I would love nothing more than to stay for you, and I’ll do absolutely anything in the whole world.”

And just like that, we were left with a cliffhanger. For more on Tayshia — including Us Weekly’s Christina Garibaldi and Emily Longeretta’s third Unfiltered Moment of the Week — watch “Here for the Right Reasons” above!