Bachelorette Clare Unexpectedly Eliminates 1 Man After He Insults Her

Not an easy first week! Clare Crawley faced her fair share of difficulties during the Tuesday, October 20, episode of The Bachelorette.

The leading lady transitioned nicely into her first group date, where all of her focus was initially on Dale. However, others began to surprise her as they demonstrated three love languages: words of affirmation, gifts and physical touch. The evening portion of the date brought a huge hiccup, though. Clare sat quietly as no one asked to steal her away to talk. Finally Bennett grabbed her and explained that the guys were just enjoying hanging out with each other. 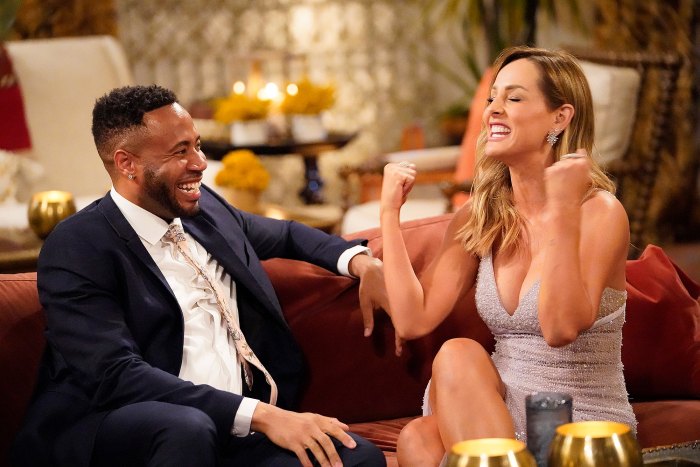 Clare felt the need to confront her suitors about their lack of initiative because it hurt her that they seemingly didn’t want to spend time with her. Dale, who later admitted his strong feelings to Clare, was among those who apologized and vowed to do better. Yosef, on the other hand, angered some when he offered to speak for the group and claimed Clare was “crazy” for thinking they weren’t there to spend time with her. Riley countered that no one can speak on his behalf. Yosef believed Clare’s reaction to the situation was immature, while Riley ultimately ended up with the rose.

Later in the episode, Clare had her first one-on-one date with Jason. She believed that he was masking his past hurt with jokes, so they wrote letters to their younger selves, addressed previous insults they had received and burned her Bachelor finale dress from Juan Pablo Galavis‘ season in 2014. Jason opened up about his painful childhood and Clare appreciated his vulnerability even as he professed that his demons had scared off other women. She then gave him a rose. 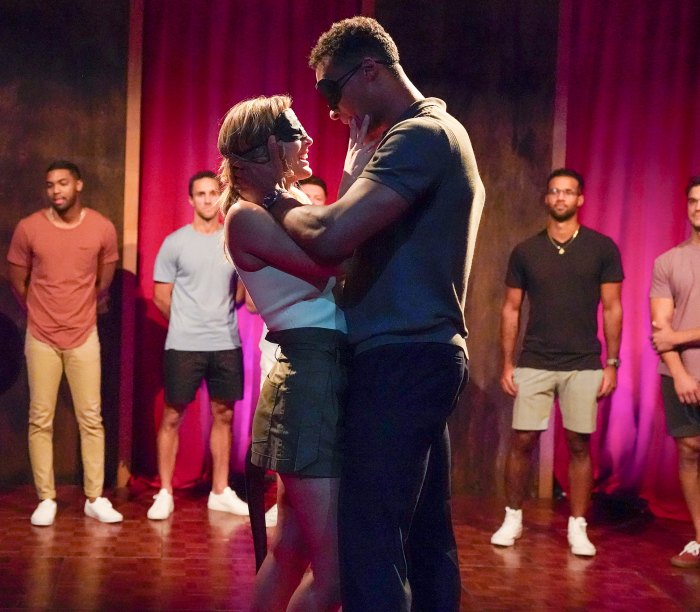 Clare made the men play strip dodgeball during her second group date. She suggested that the losers give up all their clothes and not attend the afterparty. Most did take off everything, though some chose not to do so. Blake Moynes, for one, was upset his time with Clare was cut short, so he crashed the afterparty. The other guys barged in to confront him, and Clare politely asked him to leave, denying him a kiss in the process.

Who Is Dale Moss? What to Know About the Front-Runner Read article

After that dust-up, Brandon told Clare he signed up for the show because she was the Bachelorette but then confessed that he didn’t know anything about her. She grew angry that he only seemed to care about her appearance and refuted his assertion that none of the other men knew her personally either. She sent him home on the spot because she didn’t want a superficial connection and gave Chasen the group date rose.

At the cocktail party, Clare immediately pulled aside Blake Moynes and gave him a rose, insisting that he had done everything right. Yosef, meanwhile, planned to confront Clare about her “classless” move of compelling the guys on the group date to strip, and Clare connected more deeply with Dale by engaging in a steamy make-out session. The episode ended without a rose ceremony to keep viewers in suspense.