Testing the waters! Audrina Patridge was spotted getting cozy with Rod Stewart‘s son Sean Stewart — but the pair aren’t planning on settling down.

‘The Hills’ Original Cast: Where Are They Now? Read article

“Audrina and Sean are just getting to know each other, and neither of them are looking for a serious relationship right now,” a source tells Us Weekly exclusively. “He is dating around, and they are not exclusively by any means.”

On Tuesday, November 10, the Hills alum, 35, and Sean, 40, were seen enjoying a meal together at Yamashiro in Los Angeles. The dinner date comes just five months after Patridge’s ex-husband, Corey Bohan, asked her to pay child support amid their contentious divorce because he lost his job during the coronavirus pandemic. 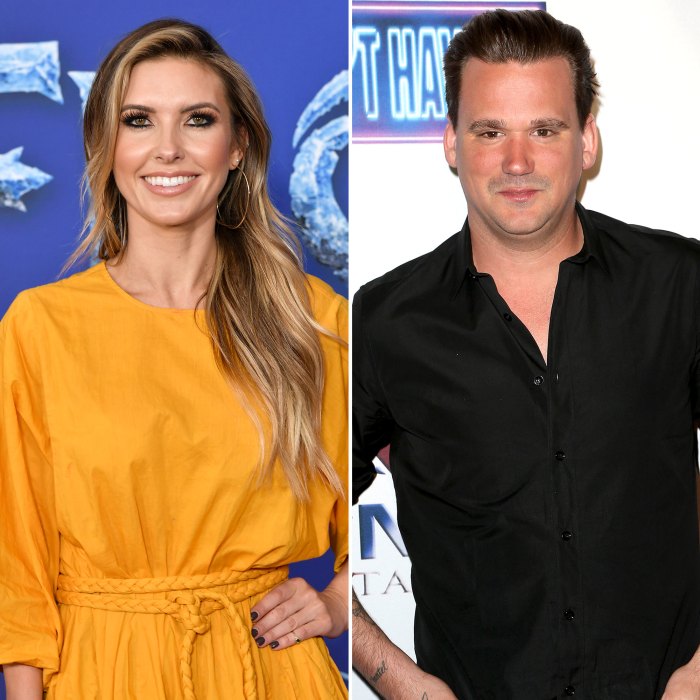 Patridge and the BMX rider, 38, exchanged vows in November 2016 after welcoming daughter Kirra five months earlier. Roughly one year into their marriage, the reality TV personality was granted a temporary restraining order against Bohan. She filed for divorce in September 2017 and was granted primary custody of the duo’s daughter in November 2018. One month later, their divorce was made final.

According to court documents obtained by Us in June, Bohan claimed that he had “not yet received any unemployment” after stay-at-home orders forced the bar he worked at to close down. Because of her “significantly higher income,” Bohan believed that Patridge could afford to pay child support for Kirra, who deserved to experience an equal standard of living between both of her parents’ homes.

Following her split from Bohan, the Sorority Row actress got real about the challenges of coparenting, especially at their daughter’s young age.

“It’s not the easiest,” Patridge told Us exclusively in February. “My main focus when I’m with her is just to give her my all, all my attention and try to explain things to her. It’s important not to talk bad or about the other parent in front of them. Keep it kid-friendly at all times. There’s a time and place for that.”

In October 2019, Us broke the news that Patridge was dating actor Josh Henderson amid her split. At the beginning of 2020, however, the Hills New Beginnings star wanted to shift her energy elsewhere.

“I was dating someone for a while and now that we’re going to start filming again, it’s time to focus on filming and my career,” she said in February. “I don’t think I’m ready for anything super serious yet.”