The “Good as Gold” singer, 35, watched her Vanderpump Rules costars take shots in the footage and hinted that she was expecting. “I can’t drink this,” the California native said at the time. “I can’t have any alcohol. I can’t right now.” 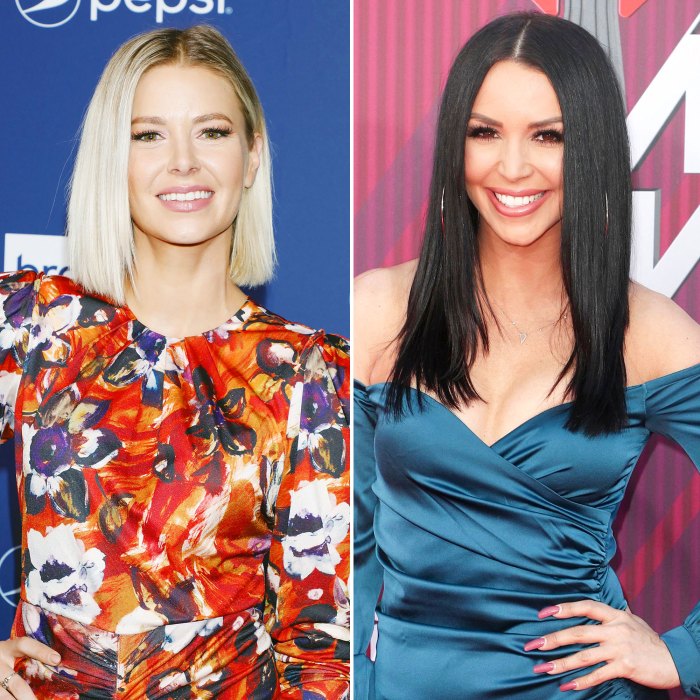 When Madix, also 35, asked why, Shay replied, “Because, like the rest of our cast, I’m pregnant.” (The “Scheananigans With Scheana Shay” podcast host was referencing Stassi Schroeder, Brittany Cartwright and Lala Kent, who are all expecting.)

Shay went on to tell her fellow Bravo personalities that she was seven weeks along, adding, “It’s still early, but the numbers this time were really good. I’m way better than last time.”

She and Brock Davies shared their pregnancy news on Wednesday via Instagram, four months after Shay suffered a miscarriage. “IT’S ALL HAPPENING APRIL 2021!!!” the reality star captioned her social media upload. “We are expecting our rainbow baby!!!”

The personal trainer, 30, who is already the father of two children from a previous relationship, commented, “We did a thing honey. I’m so happy I have you to balance me out, I love you honey. Congratulations to us.”

The couple opened up in June about their pregnancy loss at six weeks in a podcast episode. “There was just nothing progressing, nothing going on inside,” the “One More Time” singer explained at the time. “There were parts that he could see were starting to form, and it just didn’t. So obviously, [that was] just devastating. We were so excited. Gone so quickly. It’s still been a lot to process.”

Us Weekly broke the news of Schroeder’s pregnancy that same month, and Cartwright, 31, and Kent, 30, announced in September. Madix joked via Instagram at the time that she was “not pregnant, just bloated and starved for attention.”

The Fancy AF Cocktails author did not attend Cartwright and Kent’s sex reveal parties, but tweeted in September that she did not “expect” to be invited.

Read More: Ariana Madix Is ‘More Excited’ About Scheana’s Pregnancy Than Other Costars