The secret’s out! April Love Geary debuted her baby bump one month after Us Weekly broke her and Robin Thicke‘s pregnancy news.

The California native, who shares daughters Mia, 2, and Lola, 7 months, with the Masked Singer judge, 43, wore a bikini in the social media upload. She smiled in the sand while surrounded by beach toys. 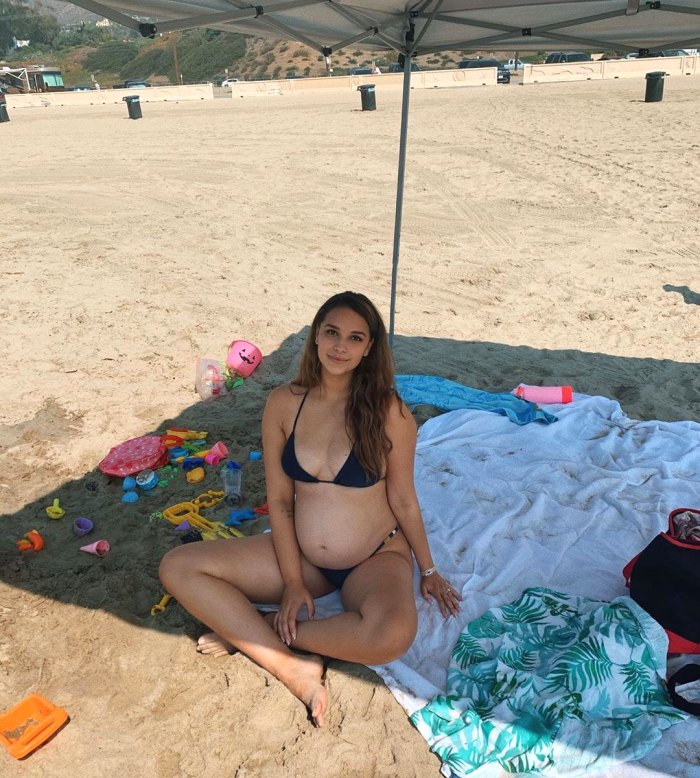 Geary went on to write on her Instagram Story that she and Thicke “think” they might be done expanding their family. “With Julian, it’ll be four total and I love even numbers,” she wrote, referencing her fiancé’s 10-year-old son with his ex-wife, Paula Patton.

The pregnant star is due in December and noted that she and the “Blurred Lines” singer did not plan this pregnancy but “decided to roll with it.”

Us exclusively confirmed in September that Geary is expecting another little one. The model joked in May that she wanted to have more kids with the Grammy nominee when he posted a black-and-white photo of himself via Instagram. 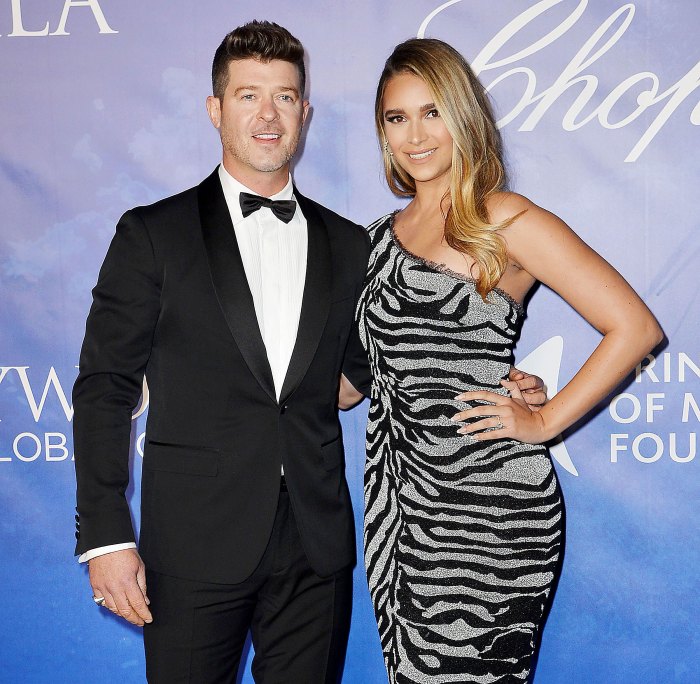 “GET ME PREGNANT AGAIN,” she wrote at the time. “Jk don’t but like Omg. I mean honestly, who does he think he is dropping a picture like this so casually? And not even warning me??? Like??? Meet me in the bedroom???”

The couple started dating in 2014 and got engaged four years later. Mia and Lola arrived in February 2018 and February 2019, respectively.

When the Geary was slammed after her eldest child’s birth for having a baby out of wedlock, she wrote via Instagram that it was “not the 1950’s,” explaining, “Women don’t NEED to get married before having babies. Ya’ll need to chill.”

Thicke spoiled Geary ahead of baby No. 2, he exclusively told Us at the time. “I try to dote on her, but it’s never enough,” the actor said. “You can never dote too much. When you already have a baby to take care of, you got plenty to do. So the closer we get now, we’re getting really excited and anxious. We’re very ready for this new baby to come.”