Anne Heche’s Cause of Death Officially Confirmed by Coroner 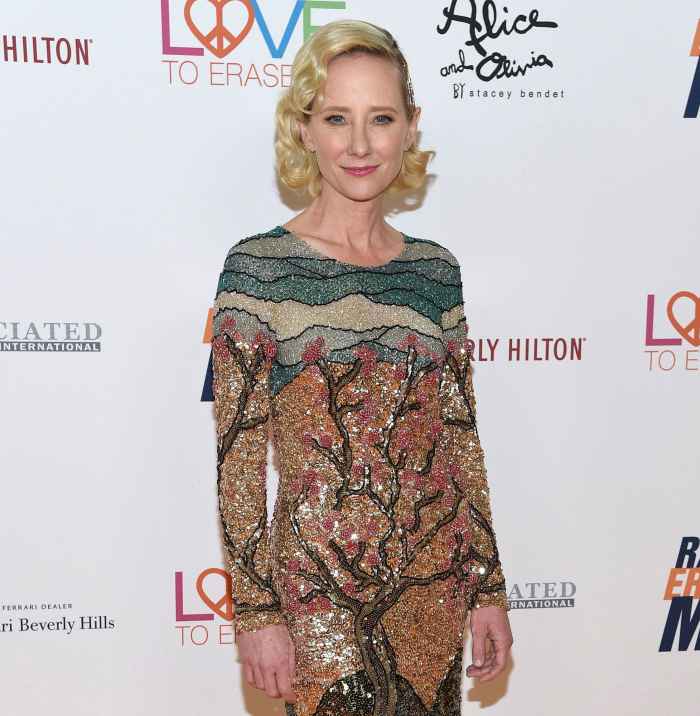 Anne Heche’s official cause of death has been revealed, Us Weekly can confirm.

Heche died due to inhalation of smoke and thermal injuries, according to the Los Angeles County Medical Examiner-Coroner. She was 53.

Her manner of death was listed as an accident, noting that a “sternal fracture due to blunt trauma” was another “significant condition” from the tragic car crash she was involved in on Friday, August 5.

The Men In Trees actress was declared legally dead on Friday, August 12, after a fiery car crash left her in critical condition one week prior.

“Anne is legally dead according to California law,” a rep for Heche told Us at the time. “Her heart is still beating and she has not been taken off of life support. This is in order to allow OneLegacy Foundation enough time to find recipients who will be a match.”

Her passing came one week after the Los Angeles Police Department confirmed to Us that Heche had been part of an accident that occurred while she was speeding eastbound on Preston Way in Los Angeles.

The blue Mini Cooper ran off the road and collided with a house on Preston and Walgrove around 11 a.m. PT, subsequently going up in flames and resulting in severe burns for the actress. One woman, who was home at the time, was in the backyard when the collision took place and was not injured.

The next day, the Los Angeles Fire Department confirmed in a video update that the car went 30 feet into the two-story home, which was deemed unsafe to enter after the fire was extinguished. It took 59 firefighters over an hour to control the blaze.

At the time, LAFD reported that the Ohio native was conscious and able to speak with firefighters while she was transported to a trauma center. However, things took a turn for the worse on Monday, August 8, when Heche suffered “a significant pulmonary injury requiring mechanical ventilation” that left her in a coma.

On Friday, the actress’ rep released a statement in honor of her legacy.

“Today we lost a bright light, a kind and most joyful soul, a loving mother, and a loyal friend,” the rep said on behalf of the Heche’s family and friends. “Anne will be deeply missed but she lives on through her beautiful sons, her iconic body of work, and her passionate advocacy. Her bravery for always standing in her truth, spreading her message of love and acceptance, will continue to have a lasting impact.”

The Hung star was born in Ohio in 1969, landing her first big break portraying twins Vicky Hudson and Marley Love on the soap opera Another World from 1987 to 1991. The role won her a Daytime Emma Award. She then found success on the big screen by landing feature roles in Volcano (1997), I Know What You Did Last Summer (1997), Six Days, Seven Nights (1998) and more.

Off screen, Heche also made headlines, starting with her three-year relationship with Ellen DeGeneres in the ‘90s. The pair dated for three years before calling quits in 2000. The It Remains actress then moved on with Coleman Laffoon, who worked as a cameraman for DeGeneres, 64, on her stand-up tour.

The duo tied the knot in September 2001 and welcomed a son, Homer, in 2002. Following their split in 2006, Heche began dating her Men In Trees costar James Tupper and the two welcomed their son, Atlas, in 2009. In 2018, the two called it quits after a decade together.

Following her death, Tupper, 57, took to Instagram to pay tribute to his longtime ex. “Love you forever,” the actor wrote alongside a photo of Heche.