Blast from the past. Anne Heche reflected on her relationship with Ellen DeGeneres on the Monday, October 5, episode of Dancing With the Stars.

The star opened up to her partner, Keo Mostepe, about her relationship with the talk show host, admitting that it “changed my life forever.” “My story is a story that created change in the world, moved the needle for equal rights forward,” she said of their romance.

“In 1997, I met Ellen DeGeneres at the Vanity Fair party and that was the night that changed my life forever,” Heche said in a sneak peek posted by People. “My movie premiere for Volcano, I had told them that I was taking Ellen as my date and I was told if I took Ellen I would lose my Fox contract. At that moment, she took my hand and said, ‘Do what they say,’ and I said, ‘No thanks.’ I took Ellen to the premiere and I was ushered out by security before the movie even ended and was told I was not allowed to go to my own after party for fear they would get pictures of me with a woman. … She was warning me, ‘This is going to happen.’”

“I was in a relationship with Ellen DeGeneres for three-and-a-half years and the stigma attached to that relationship was so bad that I was fired from my multimillion-dollar picture deal and I did not work in a studio picture for 10 years,” Heche added.

The Return to Paradise actress, 51, dated DeGeneres, 62, from 1997 until their split in 2000. The Ellen alum later married Portia de Rossi in 2008. Heche, for her part, tied the knot with Coleman Laffoon in 2000, but the actress filed for divorce in 2007. The divorce was finalized in March 2009. The former couple share 18-year-old son Homer. She and her Men in Trees costar James Tupper split in 2018 after 10 years together. They share son Atlas, 11. 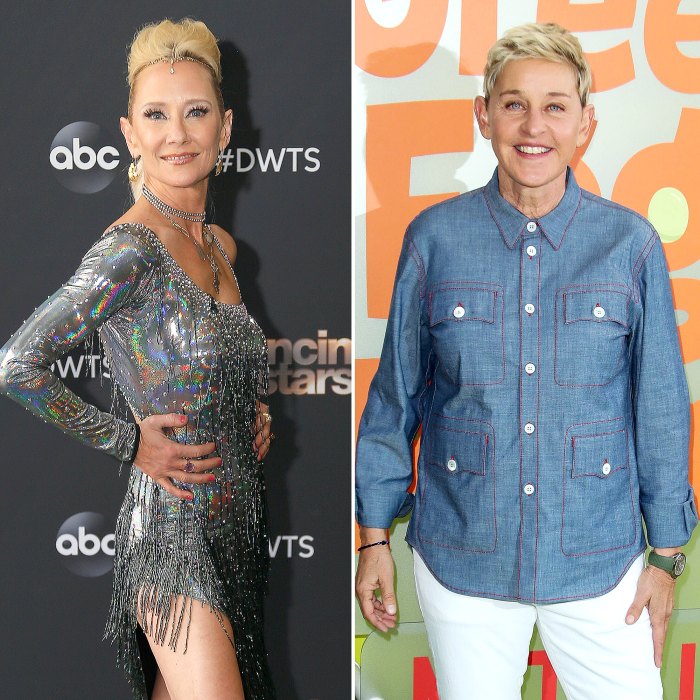 Earlier this month, Heche revealed where her relationship with DeGeneres stands today in the wake of the controversy surrounding The Ellen DeGeneres Show. The daytime talk show came under fire in July after 10 former Ellen employees and one current staffer claimed in a BuzzFeed News report that they experienced racism, fear and intimidation while on set. The report caused WarnerMedia to launch an internal investigation into the matter.DeGeneres addressed the incident in her show’s opening monologue in September and apologized to staffers “who are affected.”

“I haven’t spoken to Ellen in years. I’d listen to the people who have,” the Psycho actress said in Mr. Warburton magazine’s September 2020 cover story. “If I’m standing someplace and I don’t like what’s going on there and I stay there, it’s my fault.”

She continued, “So what are the actions that got me there and why can’t I get out of it easily if that’s not something that I want to be engaged in? Ellen is standing where she walks, and that is hers to continue that journey.” 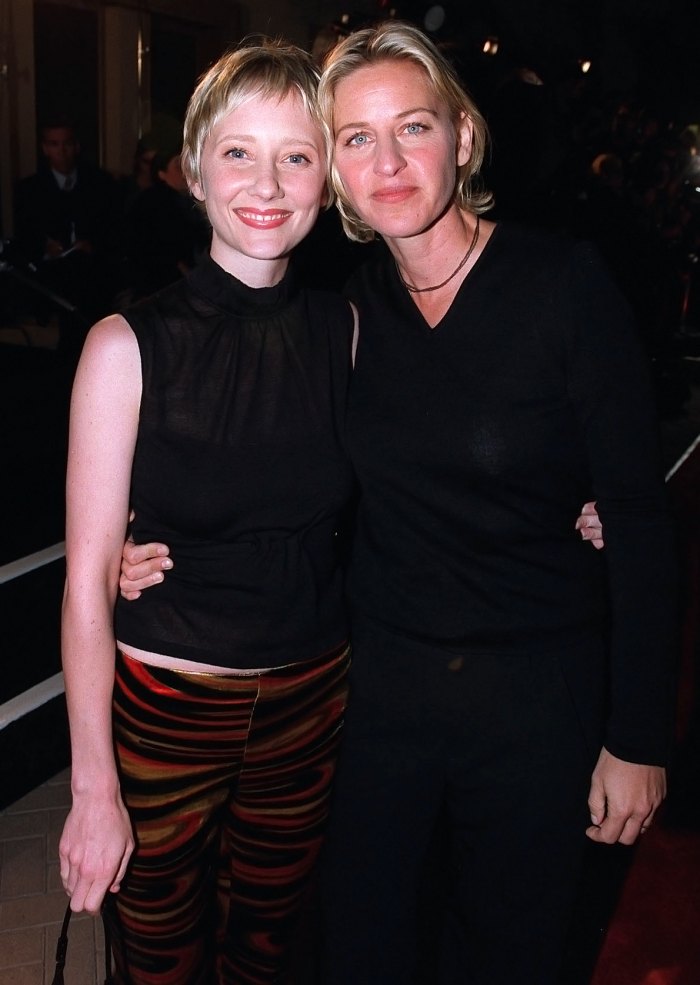 Heche added that she still considers her past relationship with DeGeneres a “beautiful part” of her life.