Aaron Rodgers: My Relationship With Danica Patrick Was ‘Great for Me’

Healthy hindsight. Aaron Rodgers is opening up about his relationship with ex Danica Patrick — and he has nothing but appreciation for the time they shared together.

“I was dating Danica and that relationship was great for me because she is on her own journey and spirituality is important to her,” Rodgers, 38, told host Aubrey Marcus during an episode of the “Aubrey Marcus Podcast” that was released on Wednesday, August 3. “We both were finding our way, learning about different things [and] practicing meditation techniques.”

Rodgers explained that the former couple focused on mindfulness while they were together, helping him grow as an individual. While Us Weekly confirmed in 2020 that the pair called it quits after two years together, both the Green Bay Packer and the NASCAR star, 40, have a history of looking back fondly on their romance. 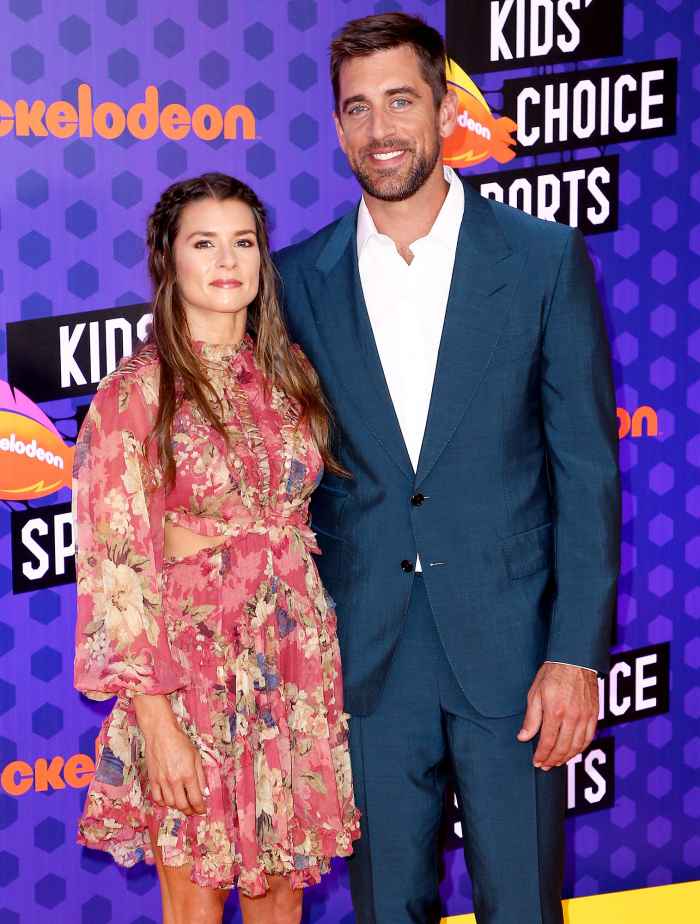 During a 2021 episode of Running Wild With Bear Grylls, the Pretty Intense author opened up about the breakup and the takeaways that came along with the experience.

“I learned a lot and as broken open as I was on the sad end, I have felt so much joy in so many more instances and so many more unlikely places than I ever have, so it’s like my heart got broken open to both ends of the spectrum,” the Wisconsin native said of her romance with the Super Bowl champion.

Following his split with Patrick, Rodgers moved on with Shailene Woodley, whom he met sometime during the coronavirus pandemic. While rumors of their romance were sparked in July 2020, the duo kept their relationship under wraps until they announced their engagement in February 2021.

One year after the California native popped the question, however, Us confirmed the twosome had split.

“Shailene has been super busy with work,” an insider told Us at the time, noting that Rodgers was always “focused” on football. “Everything was so different during lockdown, and they had been living in their bubble. Friends of Shailene don’t know believe Aaron is the best match for her.”

Since his breakup with the Divergent star, 30, Rodgers has been taking time for himself. “I’ve focused on in the offseason about how to take care of myself — the total package,” he explained to Marcus on Wednesday’s podcast episode. “Not just my physical self with workouts but my spiritual self with my own mindful practices, my mental health as well.”

Read More: Aaron Rodgers: My Relationship With Danica Patrick Was ‘Great for Me’