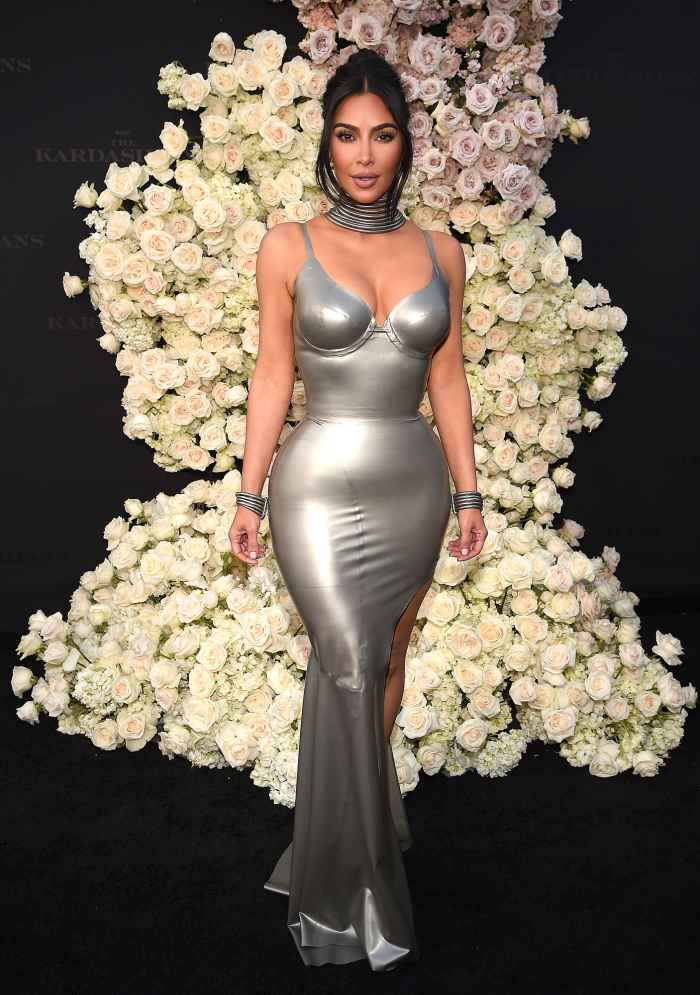 Kim Kardashian is navigating the fashion world on her own terms. The reality star opened up about her current style era and how she’s creating her own personal aesthetic.

“I would say [my style is] definitely, like, future alien Barbie vibes,” Kardashian, 41, said during a panel with Allure‘s editor-in-chief Jessica Cruel on Tuesday, June 21. The Skims founder admitted, however, that she’s finding some aspects of her wardrobe to be a bit difficult. “I do struggle with casual [style]. I’m trying to get better at that.”

That day, the Selfish author debuted a new look, stepping out with a bob hairstyle. Kardashian had her tresses, which she dyed platinum blonde last month, cut into a blunt look. To complement the hairdo, she wore a white crop top and Balenciaga pantaboots — a staple in her new wardrobe. Kardashian showed off the hair change in a selfie with Vogue‘s editor-in-chief, Anna Wintour, who has been rocking the ‘do for decades.

Kardashian’s style evolution came about following her 2021 split from husband Kanye West. For years, the “Can’t Tell Me Nothing” rapper, 44, styled the California native, and now that they are no longer together, Kardashian has felt anxious about her fashion identity.

“Even now I’m having panic attacks like, what do I wear?” she explained during a May 12 episode of Hulu’s The Kardashians. “Then for the Wall Street Journal magazine, I won the innovator award for Skims. And I was like, ‘How do I wear something that hasn’t been pre-vetted first?’” 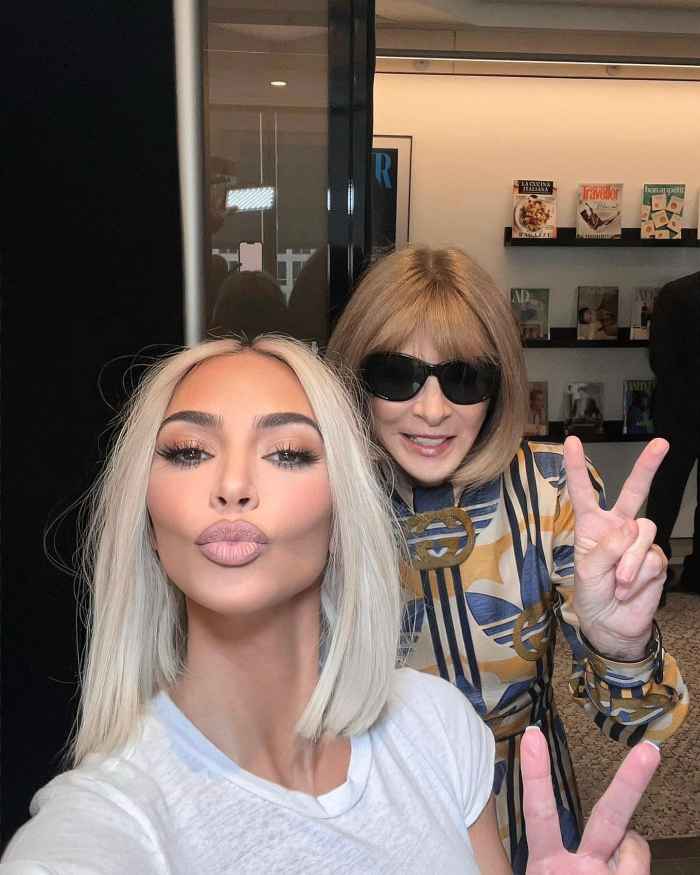 She echoed similar sentiments in a February 9 interview with Vogue, saying: “I always think, ‘What will be next?’ I always had Kanye, who knew exactly what the next fashion era would be for me.”

Since then, Kardashian has quickly created a signature look with the Balenciaga pantaboot. The beauty mogul has rocked an array of different pantaboot designs from the fashion house in almost every color. Similar to the red and blue number she wore to the Conde Nast office on Tuesday, Kardashian rocked a pink pair teamed with a cropped hoodie in a carousel of images via Instagram on June 5.

Kardashian’s Balenciaga streak began ahead of her Saturday Night Live hosting gig in October 2021. She officially became the face of the label in February.