’90 Day Fiance’ Original Couples: Who Is Still Together? Read article

Tarik leveled with his longtime friend Kia about the situation during the Sunday, December 13, episode as he awaited Hazel’s arrival in Virginia. He revealed that the couple had a pregnancy scare nearly one year into their engagement and they broke up briefly after he accused her of terminating the pregnancy without talking to him about it. During their split, he began talking online to a woman in Thailand named Minty.

Tarik told Minty he needed to clear things up with Hazel before he took their relationship any further. However, he discovered Hazel was never pregnant, and she forgave him for accusing her of having an abortion. 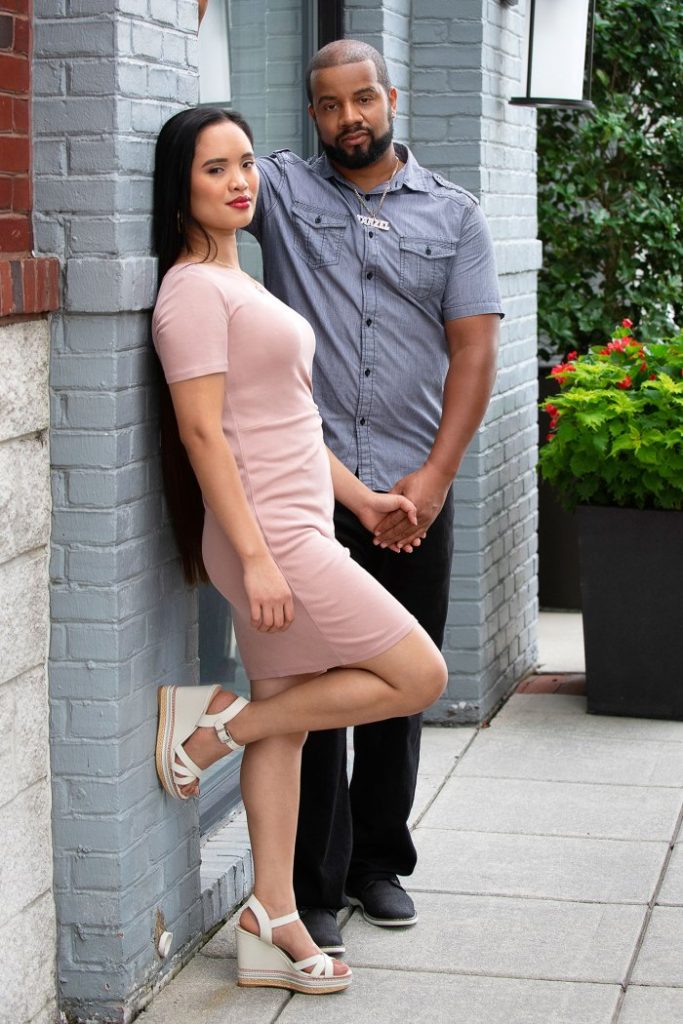 Tarik then decided to come clean with Hazel about his conversations with Minty. “I said, ‘Look, I’m gonna be straight-up honest with you. I started talking online, you know, to this girl,’” he recalled. “She was like, ‘I wanna see all the pictures, I wanna see all the text messages.’ I was like, ‘OK, I ain’t got nothing to hide.’ And then, she was like, ‘She’s beautiful, and I might wanna talk to her.’ … Like, holler at her.”

Tarik confirmed to his friend that Hazel is bisexual. “I haven’t really told anyone, not even close friends and family, that Hazel is bisexual because most people are gonna have all of these preconceived notions and I’m not gonna tell her to change,” he said. “So Hazel having a girlfriend is gonna be a part of our married life.”

The reality star explained to Kia that he and Hazel met Minty “in the Philippines a year and a half ago.”

“Everything was beautiful for about two-and-a-half days, but day three, Hazel just put an end to it,” he divulged. “Hazel felt like Minty was more into me than she was into Hazel, and Hazel could see I was just fascinated by Minty.”

Tarik remembered the “jealousy that came over Hazel” when they were around Minty and claimed Hazel told him to never contact Minty again. However, he admitted he texted Minty to check on her amid the coronavirus pandemic. He planned to tell Hazel but was afraid to do so when she arrived in Virginia.